Q. Recently the Gospel read at Sunday Mass was from the 21st chapter of John, where Jesus appears to the apostles after his resurrection and tells them to lower their nets into the sea — and they catch 153 fish. Our visiting priest said in his homily that the number 153 related to the number of regional territories in that era. But then I read Bishop Robert Barron’s explanation — that 153 was the number of species of fish known at the time. I’m confused. Which is it? And does it matter? Help! (Conyers, Georgia)
A. I am tempted to side with the second part of your question — “Does it matter?” I confess that it’s never been an issue that has kept me awake at night. But on the other hand, if John chose to use this precise number in his inspired writing, some allegorical significance may well have been intended.
Two theories proposed by scriptural scholars over the years are the ones you mentioned — that “153” stands for the species of fish in the Sea of Galilee at the time or that the number indicates the known population groups of that day. St. Jerome, who died around 420, first popularized the “species of fish” view, and that is the one still favored by most commentators.
Either way, though, I think the general meaning is the same: that the mission and message of Jesus, and the salvation he was offering, were meant not just for the Jews of his day but for all people of every generation.

Q. Our son, age 24, has severe cognitive delays. Would he be able to be confirmed? What level of understanding is required? (New Philadelphia, Ohio)
A. Your son would certainly be able to be confirmed, and should be. Canon 889 of the church’s Code of Canon Law states that the reception of this sacrament requires that “a person who has the use of reason be suitably instructed, properly disposed and able to renew the baptismal promises.”
But with regard to the developmentally disabled, the U.S. bishops’ “Guidelines for the Celebration of the Sacraments with Persons with Disabilities” are even more expansive. Those guidelines, revised most recently in 2017, say that “persons who because of intellectual or developmental disabilities may never attain the use of reason can receive the sacrament of confirmation and should be encouraged either directly or, if necessary, through their parents, to receive it.”
This would be consistent with the thinking of Pope Francis, who has spoken strongly about the need to make the sacraments available to the disabled. In June 2016, he celebrated a Mass in St. Peter’s Square to mark the church’s Year of Mercy. Persons with disabilities proclaimed the first two Scripture readings, including by using Braille, and several altar servers with Down syndrome assisted the pope.
The day before, the pontiff had held an audience for those whose work involves catechesis for the disabled; with regard to holy Communion for the developmentally disabled, the pontiff noted that some might object on the basis that recipients might not understand what they were doing. Opposing that view, Pope Francis explained, “We all have the same possibility of growing, moving forward, loving the Lord, doing good things.”
Referencing Pope Pius X, who ruled in 1910 that children as young as 7 years old could receive Communion, Pope Francis noted that “each one of us has a different way of understanding things. One understands one way and another in a different manner, but we can all know God.” 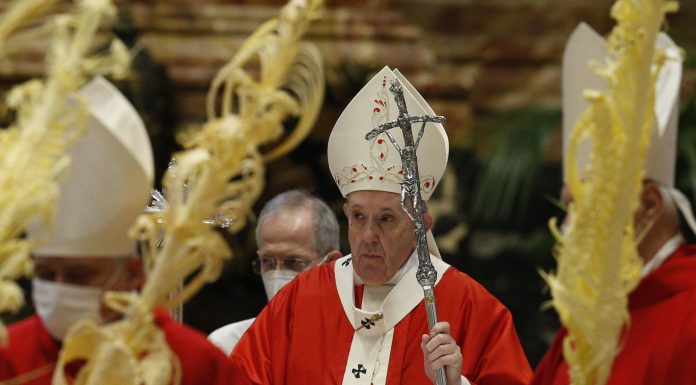 Knights seen as ‘poised’ to lead way to recovery, renewal as pandemic ends