Q. I am a widow going out now with a widower. We love each other and he wants me to marry him. Can we get married in the church, keep our own names and not be married by the law of the state?
The reason is this: If we get married under state law, I would lose my deceased husband’s social security and pension, and that would put a financial burden on me. Please advise. (southeastern Indiana)
A. Unfortunately, I don’t see a way for you to do this. In the United States, marriage by a member of the clergy is recognized by the state as a valid civil marriage. Prior to the marriage, a civil marriage license must be presented to the officiant, who then signs it following the ceremony and returns it to the municipal jurisdiction where the couple obtained it.
If a priest in the U.S. were to marry a couple in a church ceremony without reporting it as a civil marriage, that would be considered fraudulent. (I could see in a nation, for example, where interracial marriages were prohibited that a priest could on principle marry a couple religiously without reporting it civilly — but in the U.S., I don’t think it’s possible.)

Q. We had a discussion the other day about some of the difficulties facing priests, and this question came up: Do all priests take a vow of poverty? (Suffolk, Virginia)
A. Priests who are members of religious orders — Franciscans, Dominicans, Jesuits, etc. — take a vow of poverty and own nothing; the houses they live in, the cars they drive, even the clothing they wear belong not to themselves but to the religious order.
Diocesan (sometimes called “secular”) priests do not take this vow. Diocesan priests are ordained for a specific geographic region and usually work in parishes. Diocesan priests are given a salary (usually including room and board) and are expected to pay their own expenses — car, clothing, charitable gifts, etc.
The U.S. Conference of Catholic Bishops notes on its website that “it is also expected that diocesan priests will lead a life of simplicity consonant with the people they serve.”
Perhaps some numbers serve best to illustrate: I am a diocesan priest, now retired after 50 years of active ministry. My retirement income from the diocese is currently $1,900 per month, and my monthly Social Security amounts to about $1,200.
From this, I am expected to pay rental for an apartment, food expenses, taxes, automobile expenses and travel, as well as any donations to charity. (Often retired priests, if they are healthy, supplement their income by helping out with services at local parishes, for which they receive a modest stipend.)
The church’s Code of Canon Law states clearly that “clerics are to foster simplicity of life and are to refrain from all things that have a semblance of vanity” (Canon 282.1).
I mentioned some years ago in this column that one of my heroes was Bishop Kenneth E. Untener of Saginaw, Michigan, who passed away in 2004. He kept all of his possessions in his small car and moved continually around his diocese, staying for a month at a time in each one of his diocese’s parishes. To me, Bishop Untener was a great example of someone who modeled his life on Jesus Christ, who “had nowhere to rest his head.”
– – –
Questions may be sent to Father Kenneth Doyle at askfatherdoyle@gmail.com and 30 Columbia Circle Dr., Albany, New York 12203. 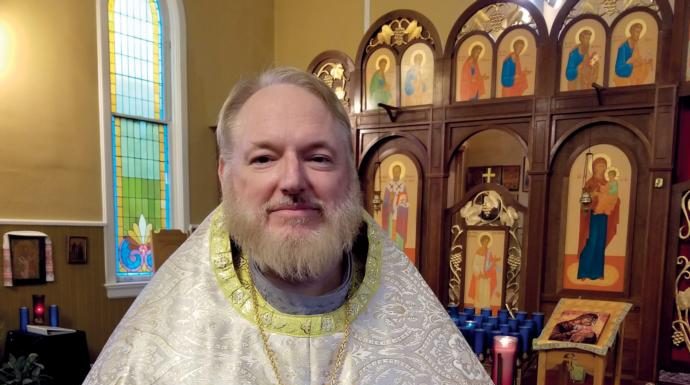 Christ’s victory over death proclaims a second chance for all, Pope says