Q. Recently, Time magazine ran an article about Tim Ryan, a Democrat congressman from Ohio, who announced his campaign for president. The article says that he “was against abortion rights until 2015.” It also says that he is a devout Catholic and names his parish. Ryan is quoted as saying, “To me, my faith is about love and compassion.” Having lived in Minnesota at one time, I know that in the Midwest it is a cultural expectation for Catholics to belong to the Democratic Party. Is it possible to be a Democrat and pro-life? And is it possible to be a devout Catholic and pro-choice? (Mt. Angel, Oregon)

A. It is not possible to be a faithful Catholic and adopt a pro-choice position on abortion. As the U.S. Catholic bishops stated in 1989 (“Resolution on Abortion”), “No Catholic can responsibly take a ‘pro-choice’ stand when the ‘choice’ in question involves the taking of innocent human life.”

As to whether it is possible to be a Democrat and still be pro-life, I believe that it is. In fact, since 1999 there has existed an organization called Democrats for Life of America, established to coordinate national efforts of pro-life Democrats.

Sadly, though, as an article in Politico in 2018 pointed out, pro-life Democrats “represent a dying breed in American politics.” Pro-life advocates, the article notes, “feel increasingly unwelcome in a Democratic Party that is moving left on abortion, as it did in 2016, when the party’s platform called, for the first time, for the elimination of the ban on federal funding of abortion.”

I should note that the church’s position is not meant as an absolute dictate with regard to a Catholic voter’s choice of candidates.

The U.S. bishops’ 2015 document “Forming Consciences for Faithful Citizenship” says, “A Catholic cannot vote for a candidate who favors a policy promoting an intrinsically evil act, such as abortion, euthanasia, assisted suicide, deliberately subjecting workers or the poor to subhuman living conditions, redefining marriage in ways that violate its essential meaning, or racist behavior, if the voter’s intent is to support that position” (No. 34).

But the same document is quick to note: “There may be times when a Catholic who rejects a candidate’s unacceptable position even on policies promoting an intrinsically evil act may reasonably decide to vote for that candidate for other morally grave reasons” (No. 35).

Q. Now is the time of year when I book a summer tour for my family. I always try for a place where I know there will be an accessible Saturday evening or Sunday Mass; although my intentions are good, sometimes I am not successful. We then go to Mass as soon as we can on the trip, or right away when we arrive home. Is it OK to go to Mass during the week to make up for an unintentional miss on Sunday? (Johnstown, Pennsylvania)

A. If this happens only rarely, I think you are fine, and I admire that you want to “catch up” by attending Mass later. But what I would do — if you foresee that Sunday Mass will not be possible — is to talk to a priest ahead of time and get a dispensation.

The Catechism of the Catholic Church notes that “the faithful are obliged to participate in the Eucharist on days of obligation, unless excused for a serious reason (for example, illness, the care of infants) or dispensed by their own pastor” (No. 2181).

Relaxation and recreation are legitimate needs, but the Eucharist happens to be the one specific way that Jesus asked us to keep his memory alive, so I wouldn’t use this permission too often.

When I was in the seminary, one of the world’s pre-eminent moral theologians was a Redemptorist priest named Father Francis Connell. He had been dean of theology at The Catholic University of America and served as a “peritus” (expert) at the Second Vatican Council.

In 1965, in a book called “More Answers to Today’s Moral Problems,” Father Connell responded to the same question you ask. His answer was that, in the circumstances you indicate, someone would be justified in missing Mass, perhaps once or twice a year. (But he also said, “Certainly a person would not be excused from attending Mass merely because the journey to church would take an hour by car.”)
—
Questions may be sent to Father Kenneth Doyle at askfatherdoyle@gmail.com and 30 Columbia Circle Dr., Albany, New York 12203. 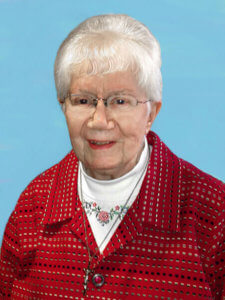