Q. I am wondering what Mary did and where she lived during the three years of Jesus’ ministry. Did she travel with the “women who ministered to him”? (Wichita, Kansas)

A. In the Gospels, once the public ministry of Jesus has begun, Mary is mentioned in only a few scenes. We can assume that his mother did not accompany him throughout the course of that 2 1/2-year period but continued to reside at Nazareth.
At a general audience in March 1997, Pope John Paul II said: “The beginning of Jesus’ mission also meant separation from his mother, who did not always follow her son in his travels on the roads of Palestine. Jesus deliberately chose separation from his mother and from family affection, as can be inferred from the conditions he gave his disciples for following him and for dedicating themselves to proclaiming God’s kingdom.”
Mary was present, of course, at the wedding feast of Cana (Jn 2:1-11), where Jesus saved the hosts from embarrassment by providing more wine at his mother’s request. Also, on one occasion during the course of Christ’s preaching journeys, we learn (Lk 8:19) that Mary and Jesus’ “brothers” came to hear him but could not enter because of the crowd.
It was then that Jesus explained, “My mother and my brothers are those who hear the word of God and act on it” (Lk 8:21). Mary was present, of course, at the foot of the cross during Christ’s passion, and it was there that Jesus committed his mother (Jn 19:26-27) to the care of his beloved disciple John.

Q. These days, people are entering into marriage at a later age. Many bring with them considerable financial assets and, seeking ways to protect those assets, are drawing up prenuptial agreements by which they attempt to exclude their spouse’s claim on this wealth should a divorce occur.
I have always understood that this type of agreement is an impediment to a Catholic marriage; it calls into question the total commitment required for a marriage, since the agreement is predicated on the marriage’s dissolution.
Recently, a relative of mine and her fiance who are in a similar situation met with their parish priest, who never brought up this issue in their pre-Cana counseling. So my questions are these: Is this type of prenuptial agreement, in fact, an impediment? If so, are priests as part of their premarital counseling instructed to bring this issue up? If not, should they be? (Slingerlands, New York)

A. The church does not have a blanket prohibition against prenuptial agreements, and so such an agreement does not in itself constitute an impediment to a Catholic marriage. In certain specific circumstances, a “prenup” can be warranted.
Let’s say, for example, that a widow marries a widower and they both have children from their previous marriages; a prenup is a legitimate way of clarifying what is common property and what is separate, as a basis for determining the inheritance rights of each spouse’s children.
In most cases, though, the mention of a prenup should raise concerns in a priest’s mind. The clear teaching of the Catholic Church is that marriage is permanent and requires an unconditional commitment.
(In a wedding ceremony, before they take the vows, I ask the couple, “Have you come here freely and without reservation to give yourselves to each other in marriage?”)
Apart from the sort of situation I indicated above, it would make me nervous for a couple to raise the issue of a prenup, and I would always question them about their understanding of indissolubility and their pledge to permanence. I certainly would not marry a couple if I thought they were simply trying to create an “escape hatch.”
– – –
Questions may be sent to Father Kenneth Doyle at askfatherdoyle@gmail.com and 30 Columbia Circle Dr., Albany, New York 12203. 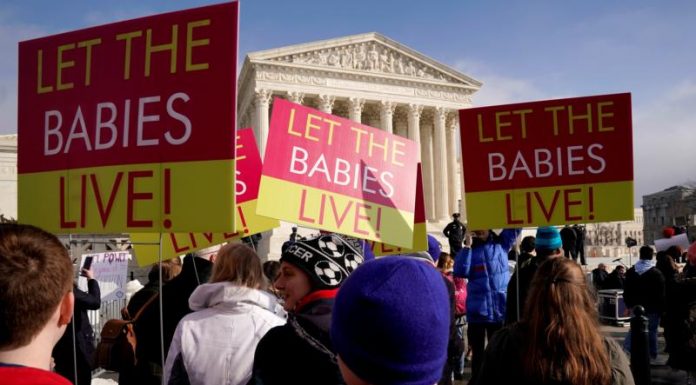 In Message for World Sick Day, Pope Calls for Health Care For All