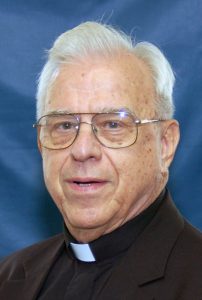 By Tony DeGol​
Proclaim!​
​
The Diocese of Altoona-Johnstown is mourning the passing of a beloved senior priest.​
​
Monsignor Arnold Gaus passed on March 27 at a Harrisburg hospital following a brief illness. He was 87 years old.​
​
Those who knew and loved Monsignor remember him for his long and dedicated tenure as Pastor of Holy Name Parish in Ebensburg, his enduring missionary commitment to the people of Haiti, his years as an educator at Bishop Carroll Catholic High School, and his enthusiastic service to the community.​
​
“On behalf of the entire Holy Name Parish, we offer our sincere condolences to Monsignor Gaus’ family and friends, all the parishioners he was blessed to serve, and the people of Haiti,” said Father Brian Warchola, the current Pastor of Holy Name.  “On behalf of the parish, we thank him for his countless years of service with our Lord Jesus Christ.”​

According to Sister Margie McGuire, CCW, Pastoral Minister at Holy Name and long-time friend to Monsignor Gaus, our loss is Heaven’s gain.

“I believe that, like Saint Therese, his work will continue,” she stated. “He will be an even greater advocate from heaven for his many friends, especially his beloved Haitian children, as he was on earth. I pray we can learn from his good example and continue his legacy of dedicated service.”

Monsignor Gaus was born on February 25, 1933, in Johnstown, the son of the late Carl and Margaret (Beyer) Gaus. He attended Saint Benedict School in Johnstown, Johnstown Catholic High School, and Saint Vincent College and Seminary in Latrobe. ​
​
He was ordained a priest of the Diocese of Altoona-Johnstown in 1959 and was appointed assistant pastor of Holy Name – a position he held until 1968. He then became Pastor of Sacred Heart Parish in Bakerton. In 1972, he was appointed Pastor of Saint Patrick Parish in Gallitzin. He then served as Pastor of Holy Name from 1986 until his retirement in 2013.​
​
The honor of “Monsignor” was conferred on him in 1987.​
​
Over the years, many priests served alongside Monsignor Gaus, including Father Matthew Reese who was Parochial Vicar at Holy Name for six years.​
​
“He was a priest’s priest,” mentioned Father Reese, Pastor of Our Lady of the Alleghenies Parish in Lilly and Diocesan Director of Vocations. “His door was always open to any and every priest who would come either for a simple visit, for spiritual direction, for Confession, for any need whatsoever.” ​
​
Father Brian Saylor has cherished memories of his grade school altar serving days under Monsignor Gaus at Saint Patrick Parish in Gallitzin.​
​
“He seemed bigger than life,” said Father Saylor, Pastor of Saint Rose of Lima Parish in Altoona. “He would genuflect entering the sanctuary before Mass, and it would boom through the Church. After Mass he would have us kneel for a blessing, but end it with a little smack upside the head to remind us we’d better behave.”​
​
Monsignor’s teaching career spanned over the early years of his priesthood. Former students remember him fondly, including Sister Linda LaMagna, CCW. Monsignor Gaus taught her Algebra at Bishop Carroll.​
​
“He would always say I was his best student, but actually, I was probably his worst,” she joked.​
​
Monsignor was notorious for keeping the classroom temperature at about 60 degrees and the windows open even in the dead of winter. ​
​
“He told us that’s how we would keep our minds sharp,” recalled Sister Linda, Pastoral Minister at Saint Joseph Parish in Bellwood and diocesan Coordinator of Evangelization and ARISE Together in Christ. ​

Monsignor Gaus was a member of the Diocesan Presbyteral Council and Personnel Board.​

As part of his commitment to community, he served as Mayor of Tunnelhill Borough from 1974-1982 and was instrumental in the construction of Emerald Estates, a subsidized elderly housing unit in Gallitzin.  He was also a member of the board of the Pennsylvania Highlands Community College.​

In the late 1970s, Monsignor Gaus began an intensive initiative to establish feeding programs for indigent Haitian children.  Over the years, his efforts raised more than a million dollars for the cause. In 2004, Mount Aloysius College conferred an Honorary Degree of Social Justice on Monsignor in recognition of his many years of service to the Haitian people.​

Father Carl Spishak, senior priest of the diocese, went to high school with Monsignor Gaus, and the two were ordained to the priesthood at the same time. They also taught together at Bishop Carroll.​
​
“He accepted every assignment with enthusiasm,” noted Father Spishak. “Arnie knew how to work, how to save and help others – especially the poor.”​
​
Monsignor Gaus was blessed to celebrate the 60th anniversary of his priestly ordination last May with Father Spishak and four other members of their class: Father Sylvester Bendzella, Father Donald Boslet, Father Paul Robine, and Monsignor Samuel Tomaselli. The group has gathered every year on their anniversary for a private Mass and fellowship.​
​
During the celebration, he recalled for Proclaim! TV the many blessings and happy memories of his six decades of service to God, his parishioners, the Haitian people, his former students, and his community.​
​
“My priesthood to me was the primary concern,” he stressed. “As long as I could receive the Body and Blood of Jesus every day, I always felt that made my day.”​ 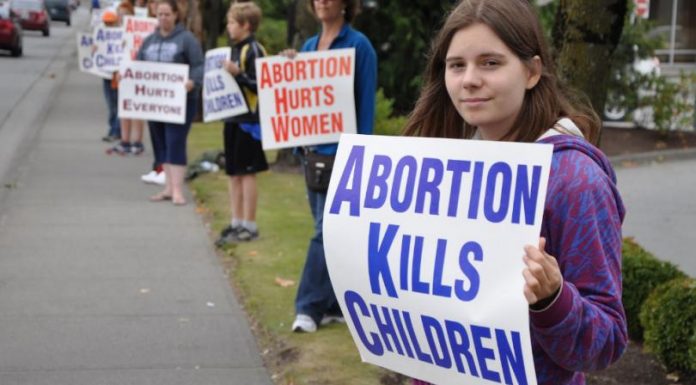 Supreme Court Says Abortion Drugs Must Be Obtained In Person, Not By Mail