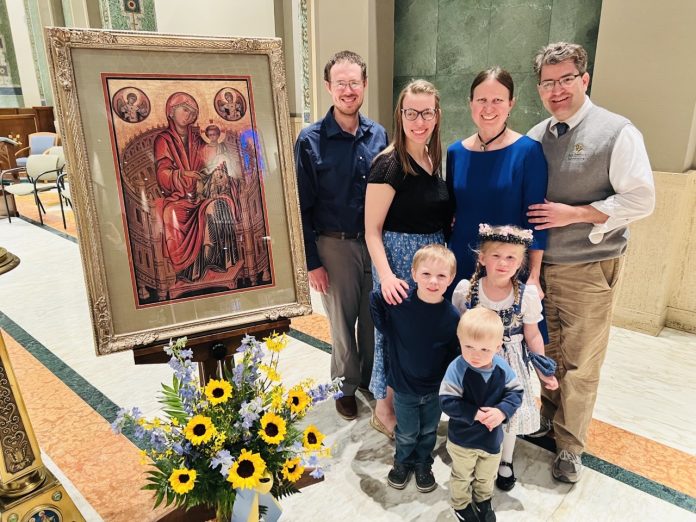 In times of trial, who among us does not want to seek the comforting refuge of our mother?

In this time of global suffering, as Russia continues its invasion of Ukraine, the Church invites us to turn to Mary, the Mother of the Church.

“She is the patroness of our Diocese of Altoona-Johnstown,” reminded Bishop Mark, standing not far from an icon celebrating the Blessed Mother under that title. “Today, it is Mary’s anxiety and apprehension that should capture our attention.”

The Bishop’s comments came during his homily at a special diocesan Mass on March 25 – the Solemnity of the Annunciation of the Lord.

It was on that day that Pope Francis consecrated Ukraine and Russia to the Immaculate Heart of Mary, and he encouraged bishops around the world to follow his lead.

Bishop Mark invited the faithful of Altoona-Johnstown to join him at a 5:30 p.m. Mass at the Cathedral of the Blessed Sacrament in Altoona in communion with the Holy Father and in solidarity with the people of Ukraine and Russia.

To say the Bishop’s invitation was well-received would be an understatement.

Roughly two hours before that start of that liturgy, local Catholics began filling the Cathedral for the opportunity for the Sacrament of Reconciliation. The Bishop and several priests heard numerous Confessions beginning at 4:00 p.m.

Bishop Mark then led the Rosary at 4:30 p.m., praying the Joyful Mysteries.

Before too long, practically every pew in the Cathedral was filled, nearing a standing-room-only situation.

In his homily, the Bishop reminded of Mary’s anxiety when the angel Gabriel announced to her that she would conceive and give birth to the Savior of the World.

“Mary’s troubled reaction to the message of an angel resonates with all of us here in two ways. First, you are mindful of the people of Ukraine who are suffering with the effects of an unjust war that has resulted in the loss of thousands of lives and has resulted in the separation or displacement of millions of people. This violence has transformed thousands of hardworking and God fearing people like yourselves into refugees who had to flee for their own safety and for the well-being of their children. The second reason why the face of the Most Blessed Virgin Mary resonates with us is found in the request of our Holy Father, Pope Francis. He asks us to do something today that the Lord requires of us when we encounter the persons – or even the nations – who have the face that says ‘no.’ You and I are invited and compelled to pray for those who are the unjust aggressors. We are called upon to pray for the people of Russia and their leaders.”

The consecration means to entrust everyone to the holy and immaculate virgin, the Bishop continued, so that the minds and hearts of the oppressors will be converted by the love that is expressed through her immaculate heart.

“Pope Francis also reminds us today that repentance is necessary in such a tragic time as we are witnessing day after day,” Bishop Mark stressed. “Acts of penance and prayer help all of us move forward toward a genuine repentance that is for the sake of the whole world. Repentance and conversion were central to the message of the Blessed Virgin Mary at Fatima. They remain a meaningful response to the darkness that has fallen upon Ukraine, which has impacted the entire world.”

“When I heard that my native country was invaded, it was as if someone reached deep down into my soul and started squeezing really, really hard,” he shared. “Everything that I am, everything I have really comes from my Ukrainian heritage. Everyone knows what is happening is wrong, and everyone is coming together to help, to pray to achieve peace and help my people. It is wrong to harm innocent people. Every human being knows this very truth.”

“Words cannot express how grateful I am, how grateful my church is, and the whole nation of Ukraine is for this consecration,” he added.

Following Father Kelt’s remarks, three musicians from the Ukrainian Catholic faith tradition sang “Queen of Heaven,” capping a remarkable evening of spirituality and prayerful union with our brothers and sisters around the world.

[Photo: The Seth and Allie Clapper and Jeffrey and Julie Wright families, all members of Saint Thomas the Apostle Parish in Bedford, pose by an icon of Mary, Mother of the Church, which was featured prominently at a special March 25 Mass in solidarity with the people of Ukraine and Russia. The Clappers and Wrights were among a huge crowd that attended the Mass.] 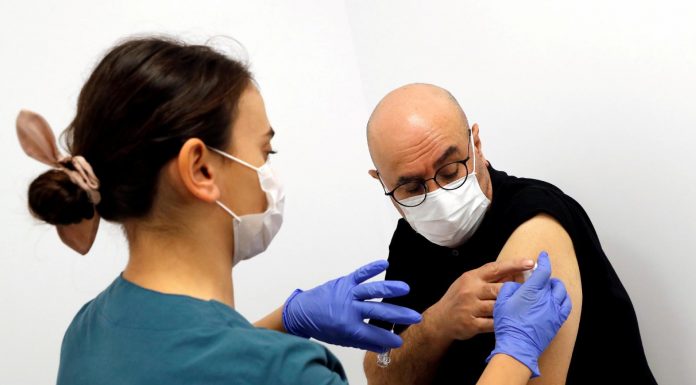 Pope Meets with NBA Players’ Union Delegation at the Vatican