NEWARK, N.J. (CNS) — At parishes across the Archdiocese of Newark, the Easter Vigil will mark a significant milestone for catechumens ready to enter the fullness of the Catholic Church through the sacraments of initiation.

In all, 270 adults will be baptized and confirmed and will receive their first Communion April 3.

“The fact that there are this many people is truly a testament to the power of God’s call in our lives,” said Father Armand Mantia, archdiocesan director of the Rite of Christian Initiation of Adults.

“In the midst of this pandemic, we still have 270 people who have heard God’s call and have made the courageous choice to answer it at this unbelievable time in human history,” he said.

Close to 400 adults typically receive through the sacraments of initiation in a normal year, Father Mantia said.

The faith journey of this year’s group began last year and accelerated in February when the catechumens, in the presence of Newark Cardinal Joseph W. Tobin, took part in the Rite of Election ceremony at the Cathedral Basilica of the Sacred Heart in Newark.

The rite is the liturgy through which the catechumens get the official approval to advance to the Easter sacraments. With the bishop’s blessing, they become known as “the Elect.” Catechumens inscribe their names in the Book of the Elect as a pledge of fidelity.

Usually, in a nonpandemic year, there are two Rite of Election ceremonies for all adults in the Newark Archdiocese preparing for their initiation into the church. Because of pandemic restrictions again this year, four smaller liturgies were held over one weekend at the cathedral.

Because the RCIA process takes place at a parishioner’s local parish, the Rite of Election ceremony was the first time the entire group was together in one space. That makes it a special occasion for the catechumens, Father Mantia said.

“When they come together and hear all those names called, they realize they are not alone,” he said. “That God is really at work in the world.”

After the Rite of Election, the Elect experience a ritual known as the scrutinies during Mass at their local parish during Lent.

“Now, scrutiny is not as the name would apply,” Father Mantia explained. “It’s not an intensive examination or a three-week final exam.”

Instead, scrutinies are three powerful prayer services, which take place after the homily at Sunday Mass where the Elect are prayed for, asked to be strengthened, and asked to be purified of anything holding them back from accepting this new life.

“It’s not absolution,” he said. “It’s not confession. It’s to ask for a stronger and more powerful ongoing conversion to prepare for the Easter sacraments.”

Following the scrutinies, the Elect participate in the Palm Sunday and Holy Week liturgies. At the Easter Vigil, they celebrate all three initiation sacraments in the local parish where they have been preparing and will worship following their baptism.

Father Mantia said he appreciated the hard work of parishes and members of the RCIA ministry who adapted their programs to meet the needs of the catechumens.

“It really does speak to the power of God’s call, and also to the dedication of the people involved in this ministry who are willing to reinvent the wheel this year to be of service,” he said. 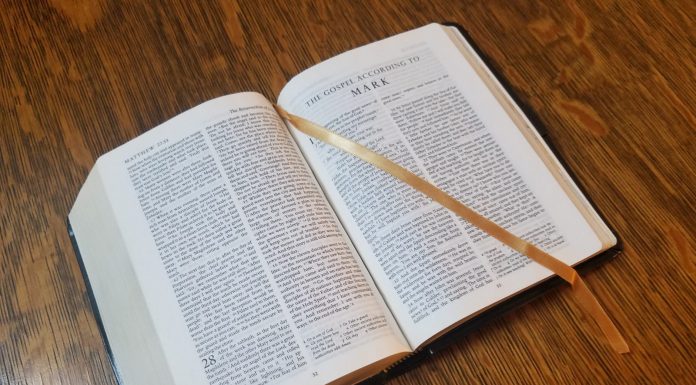