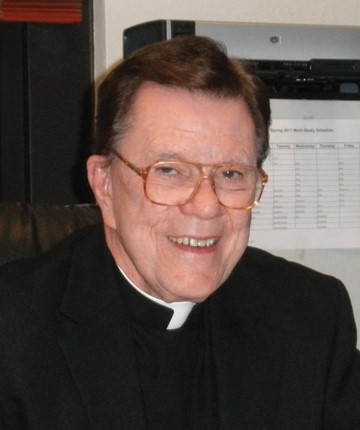 Father Vernon A. Holtz, O.S.B., a monk of Saint Vincent Archabbey for 66 years, died Tuesday, September 20, 2022. A Hastings, Pennsylvania native, born September 30, 1930, he was a son of the late Andrew E. and Marie Holtz. Surviving are one brother, John Holtz of State College, and numerous nieces and nephews. He was predeceased by four siblings, Virginia Weakland, and William Holtz, who were Hastings residents; Patrick Holtz, who lived in Highland, Indiana, and Allan, who resided in Monongahela, and their respective spouses.

Father Vernon attended Hastings Public Grade School and graduated from Hastings Public High School in 1948. He received a bachelor of science degree in education from Lock Haven State University in 1953 and then attended Saint Vincent College. He received a master of arts degree in counseling psychology in 1967 from the Catholic University of America, and a doctorate in clinical psychology in 1984 from Duquesne University. His doctoral dissertation was “Being Disillusioned as Exemplified by Adults in Religion, Marriage or Career: An Empirical Phenomenological Investigation.”  Father Vernon also received a master of arts degree in theology from Saint Vincent Seminary in 1973. He was licensed as a psychologist in the state of Pennsylvania in 1976.

Father Vernon received the Alumnus of Distinction Award and the Dean’s Faculty Award from Saint Vincent College in 1994. He also received the Boniface Wimmer Faculty Award in 1999 and the Thoburn Excellence in Teaching Award in 2001. In 2010, he was honored by the Mental Health America at its annual Innovations dinner in the field of recovery. Father Vernon received the Saint Vincent Preparatory School Hall of Fame Award in 2010, and has a Prep Alumni Scholarship named in his honor. He was inducted into the Saint Vincent College Alumni Athletic Hall of Fame in 2011.

He spoke frequently at conferences dealing with existential phenomenology and its understanding of the relationship between the psyche and the spirit, or mental health and spirituality, including, to the Pennsylvania Psychological Association, Duquesne University, the University of Pittsburgh at Johnstown, Gannon University, Latrobe Area Hospital, and Pennsylvania State University Campus Ministry. He also gave addresses to the Pittsburgh Association of Priests, the Greensburg Mental Health Association, and the National Association of Mental Health. He contributed to the book Religion and Spirituality: Steps Toward Bridging the Gap, edited by Stephen Honeygosky, O.S.B. (2006).

Beginning in 1998, he was involved in ongoing research through the University of Missouri at St. Louis, which attempted to show the impact one’s spirituality has on the physical healing process.

In the fall of 2010, Father Vernon was instrumental in founding and implementing the lecture series, “Aging and Spirituality,” at Saint Vincent College.

The body of Father Vernon will be received at 2 p.m. Sunday, September 25, at the Elizabeth J. Roderick Center of Saint Vincent Seminary, followed by viewing until 5 p.m. The body will be transferred to the Basilica for a wake service at 7:15 p.m., with Archabbot Martin de Porres Bartel, O.S.B., serving as principal celebrant and homilist. Archabbot Martin will serve as principal celebrant for the funeral Mass, scheduled for 1 p.m. Monday, September 26 in the Basilica. Father Rene Kollar, O.S.B., will serve as homilist for the Mass of Christian Burial, followed by the Rite of Committal at the Saint Vincent Cemetery.

Memorial contributions may be made to the Benedictine Health and Welfare Fund at Saint Vincent Archabbey, 300 Fraser Purchase Rd., Latrobe, PA 15650. 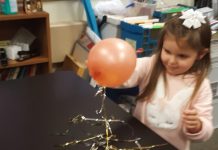 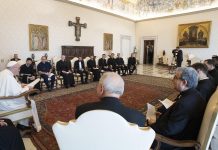 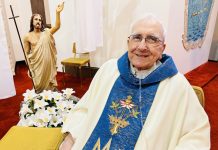