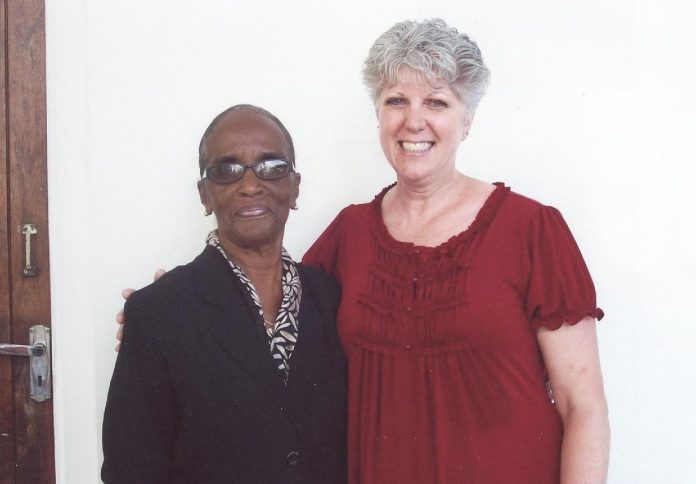 Editor’s Note: This story is the first in a new series called Faith Forward on Proclaim! E-News and Proclaim! TV. The ongoing series will highlight individuals or groups who are putting their Catholic faith into action by sharing their time and talent to help others.

Cathy Keefe realizes that being Catholic is about more than just going to Mass on Sundays.

A member of Sacred Heart Parish in Altoona, Keefe has found an extraordinary way to put her faith into action beyond her local Church.

Keefe is referring to her recent opportunities to comfort and assist people recovering from natural disasters in parts of the United States.

While the rest of us were preparing for Christmas, Keefe spent most of December in Louisiana lending a hand in the aftermath of deadly and destructive hurricanes earlier in the year.

Through her affiliation with the American Red Cross, Keefe had always wanted to be deployed to serve others, but, until recently, never had the chance.

“Right before Thanksgiving, I had a call to see if I would be interested in going to do SRT – Shelter Resident Transition Team,” she recalled. “I had never done that before, but I wanted to be deployed.”

The Sunday after Thanksgiving, Keefe flew to New Orleans for training and then was sent to Baton Rouge and pressed into service.

She did not witness the physical devastation that occurred many weeks earlier, which resulted in tens of thousands of people being displaced from their home.

“When I got there, there was really a push to get people into permanent housing for Christmas,” Keefe noted. “They had been in motels since the end of August, so that was the goal.” 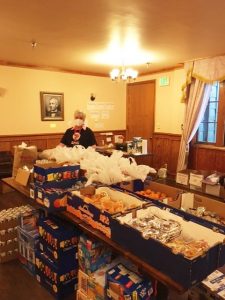 Her three-week stint in Louisiana ended in time to return to Altoona for Christmas with her family.

That trip to the south came not long after an opportunity through the Red Cross to help people displaced by wildfires in California.

“I flew to Sacramento, drove six and a half hours to Eureka, California, all through the Redwoods, which was beautiful getting there,” Keefe said. “And, again, we were far away from these wildfires – about a couple hours away. People were put in motels, and we would feed them twice a day.”

During both trips, COVID-19 safety precautions were followed, Keefe mentioned. 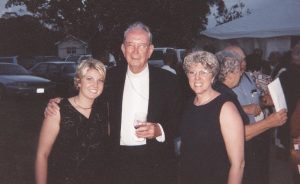 The excursions to California and Louisiana were not Keefe’s only outreach to her brothers and sisters outside of Altoona-Johnstown. In fact, she has traveled to Jamaica five times – with family and others – as part of missionary experiences through the diocese’s and Sacred Heart’s partnerships in that part of the world.

“Once you go there, you have to keep going back,” she insisted.

During her trips, she and her groups assisted with physical repairs to churches, among other things. Despite the challenging living conditions there, the residents never failed to inspire her. 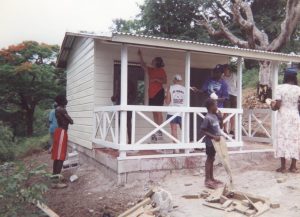 “The people are just the best,” Keefe assured. “They are so loving and content. They see God in everything.”

Also inspiring to Keefe is the motto of Sacred Heart Parish: “The Christ in me reaching out to the Christ in others.”

Through her outreach, she believes she is living that motto and prays for many more opportunities to continue doing so.

“I actually think my life is to serve,” she reflected. “I know people say that I’m really helping other people, but I think I get more out of it than they do. I just hope I live to be 100 and I’m healthy so I can do this forever.”

Editor’s Note: Cathy Keefe shares more of her experiences during the inaugural Faith Forward segment on Proclaim! TV on January 24 at 10:30 a.m. on WATM ABC 23.

Photos: (Top) Cathy Keefe (right) poses with a high school principal in Jamaica during one of her missionary trips to the region. (First Inset) Keefe prepares to deliver food to individuals displaced by fires in California in 2020. (Second Inset) Keefe (right) and her daughter, Ashley Minicozzi, join Bishop Paul Boyle of Mandeville, Jamaica. (Third Inset) Missionary volunteers work on a housing project in Jamaica. 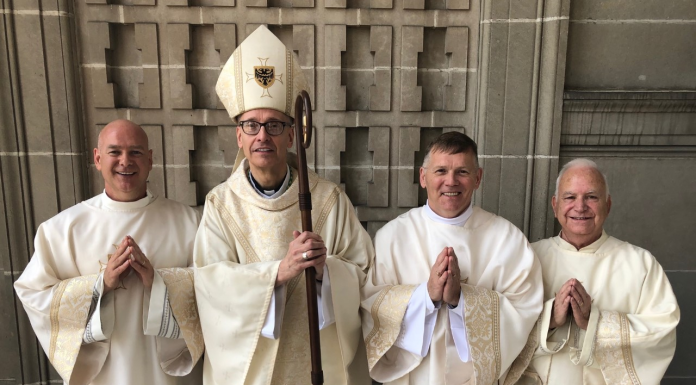