Despite a pewter sky and frigid temperatures, the largely Catholic crowd enthusiastically declared an even deeper mission: Stop marginalizing faith from public life.

“We will not surrender one more centimeter of religious freedom to any government,” said Father Theodore Lange, chaplain of the Oregon Knights of Columbus.

The Knights organized the rally after Gov. Kate Brown announced a 25-person limit in churches statewide. After protests from Archbishop Alexander K. Sample and other leaders, Brown on Nov. 25 expanded church attendance to 25% of capacity, or 100 people, whichever is less.

The concession did not seem to satisfy demonstrators.

“We want God!” they chanted, calling for churches to be open completely. Most wore face masks but many stood shoulder to shoulder, disregarding organizers’ requests and state guidelines to help prevent spread of the virus.

Rallygoers felt the public gathering was essential. “It’s simple. I want us to go back to church,” said Patrick Rice, a Knight of Columbus and a member of St. Peter Parish in Newberg who held a sign reading, “Open our churches!”

Ray Prom, the Knights’ faith director, said the rally’s sole purpose was to allow “Oregon churchgoers to return to their pews.”

“We are here today to speak in one voice: Stop the religious repression,” said Young Tran, a refugee from Vietnam and a member of Our Lady of La Vang Parish in Happy Valley, Oregon. “It happened in our former country, a communist and a socialist country, and it’s starting to happen here now.”

The Vietnamese group sang a song of faith and freedom for the crowd, which applauded the offering with vigor.

“We never thought that when we escaped from Vietnam that we would be persecuted here in the United States,” said Father Ansgar Pham, pastor of Our Lady of La Vang. “That is really painful.”

Father Lange explained that the persecution in Oregon is not the violent sort suffered by Middle East Christians now or believers in Vietnam or Mexico in years past. But repression by public policy is still wrong, the priest said.

“We receive from you, Father, the duty to speak clearly and loudly that we are created by you and our right to worship you comes from you and no government can repress that,” Father Lange prayed.

He told the cheering crowd that governments should recognize divine presence and authority.

“We don’t do this for our own sake. We do this in solidarity with the millions of Christians who have lost their lives for Christ,” Father Lange said. “We do this for future generations. We do this because we love God, we love the United States and we love Oregon.”

Allegiance is owed to God, not governors, said Kevin Mannix, a Salem Catholic, philanthropist and Republican political leader. Reminding the crowd that the pandemic is serious and that health measures should be followed, he suggested churches should at least be afforded the same treatment as grocery stores, which are allowed 75% capacity.

Mannix contended that recent state policy amounts to too much government control over individuals, sending the crowd into shouts of assent. He cited a Nov. 25 U.S. Supreme Court case in which a 5-4 majority ruled that New York limits on worshippers tread too heavily on freedom of religion.

“We need to continue this,” said Ron Boyce, Oregon state deputy of the Knights of Columbus. “It just can’t be a one-day thing. It needs to be an everyday thing. We aren’t going to back down.”

The religious freedom crowd filled the area on the Capitol’s south side. On the north side, a different rally took place at the same time. About 100 people waved flags and chanted slogans in sympathy with President Donald Trump’s legal challenge to the results of the Nov. 3 presidential election. 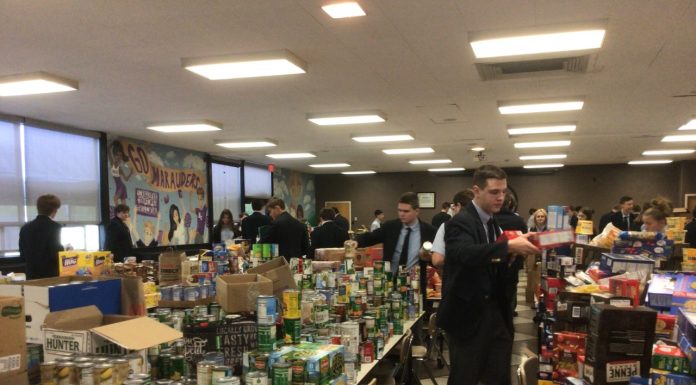 Lent Is A Time to Seek the Lord’s Help, Says Northern Cambria Priest