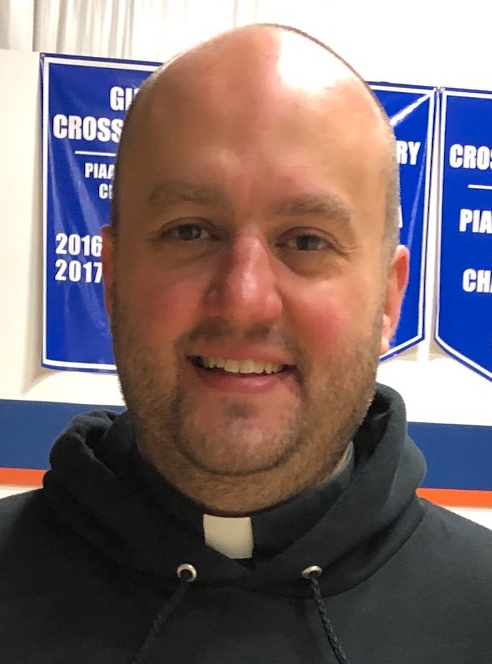 A couple of weeks ago when I began thinking about this article I happened to be preparing a Sunday homily, and the Gospel was the very well-known parable of the prodigal son.  This is one of my favorite Gospel passages, largely because of the book written by Henri Nouwen, The Return of the Prodigal Son.  Nouwen’s book makes an effort to not only consider the prodigal, but also the son who stayed home, and the Father.  And Nouwen, like anyone who reads this parable, is struck by the reckless mercy of the Father.  With that being said, many scripture scholars suggest that this passage could be just as easily titled the prodigal father, as it suggests that the father is wastefully extravagant with his mercy.  The great message therefore, is the mercy of the Father, but there is much more to the story.  Since the message of Jesus is always universal, he is addressing every one of us, and so while we all appreciate God’s mercy, we must also come to terms with our own waywardness.  It is our own waywardness, and the corresponding waywardness of those we encounter that I would like to consider for the remainder of this article.

I think we can appreciate this great parable in a deeper way if we are courageous enough to realize that, like the prodigal, we are terribly lost.  When I come to terms with the reality that to be human is to be in some state of disorientation, I can appreciate the mercy of God even more.  And if I really begin to probe, I may realize that I am far more lost than I ever realized.  I may even come to the realization that the world has swept me away like some sort of false lover, and that my feet have not been on the ground, nor have I been home, in quite some time.

If I read the story carefully and hear the very descriptive words of Jesus as he says, “(The son), longed to eat of the pods that the pigs were eating,” I can easily draw a mental sketch.  This man was strung out.  He had partied his life away.  His eyes were probably tired and sunken in.  He was likely emaciated.  He probably looked 20 years older than he was.  His clothes were likely tattered, and I am sure he was filthy.  Make no mistake about it, this is an image of the human soul.  But, I am sure that many in the crowd, just like we are prone to do, were thinking, “Yeah, I know someone like the lost son.”  And with this statement, much of the message gets lost in translation.  The fact is that the world has left all of us strung out to one degree or another.

Fortunately, the wayward son realizes he is strung out, and the only thing left to do is to return home.  The soul emerges and the metaphor hits home.  Name anything in this world, and too much of it will leave you strung out.  And it does not have to be the common vices like sex, drugs, alcohol, and pornography that we tend to consider in light of our moral waywardness.  What about self-righteousness (talk about an addiction), slander (often in the name of Christianity), or the denial of someone’s inherent worth because they don’t agree with us? What about careers, sports, even my own family life?  How many of us are so focused on our own ambitions that we become the center of our own world?  The life of dissipation that prodigal leads is driven purely by the ego and the ego can make anything an addiction.  Anything that becomes an end in and of itself has the potential to leave us strung out.  But, if we are courageous enough, we experience true transparency, “Oh my God, I am tragically lost!  I am strung out!” Then a voice from inside says, “I’m tired, and I can’t figure out why.”  Really?  “I have been burning the candle at both ends trying to make my life great, and I am still depressed.  I can’t figure out why.”  Really?

The good news is that when I come to terms with my own waywardness, like the son who left, I realize that the only option is to return home. With all the courage I have, I look up praying that the Father is waiting on the porch, and that maybe I am not as far away as it seemed.  This is the paradox.  We can in one way get so lost in the world that we seem tragically far from the Father, yet at the same time, he is always more near than we can ever imagine.  The return home is met by this God who loves us more than we can imagine, and we come home like the son with a prepared speech just to find out that the Father doesn’t need one.  “You had me at the moment you looked up; as a matter of fact you had me all along.”  Then mercy sets in, and we are overwhelmed.

Still, the process is not complete.  Mercy begets mercy, and if we truly have returned home, we know that we have to pay this mercy forward.  In Luke 6, The Sermon on the Plain , Jesus lays out the image of discipleship and half way through in vs. 35-36 he says,

But rather, love your enemies and do good to them, and lend expecting nothing back; then your reward will be great and you will be children of the Most High, for he himself is kind to the ungrateful and the wicked. Be merciful, just as [also] your Father is merciful.

And along with this one of the most powerful images from the mouth of Pope Francis emerges, “We are to be a field hospital.”  Then maybe we realize a grander vision of what it means to be “church.”  It has been said by many that we overemphasize mercy.  But, if we don’t at least lead with mercy, how will we draw people back to the faith?  “I don’t know how I got so lost,” they will say.  Our response, “I get it, I have been lost myself.  We’ll talk about the rules and teachings in due time, but for the moment may I simply say, Welcome back!”  One broken person goes out to meet another broken person and the opportunity for an encounter with Jesus Christ ensues.  Both are better off and so too is the Church.

Father Jonathan Dickson is the Parochial Vicar at Our Lady of Victory Parish in State College, Chaplain at Saint Joseph’s Catholic Academy in Boalsburg, and Diocesan Director of Ongoing Formation for the Clergy. 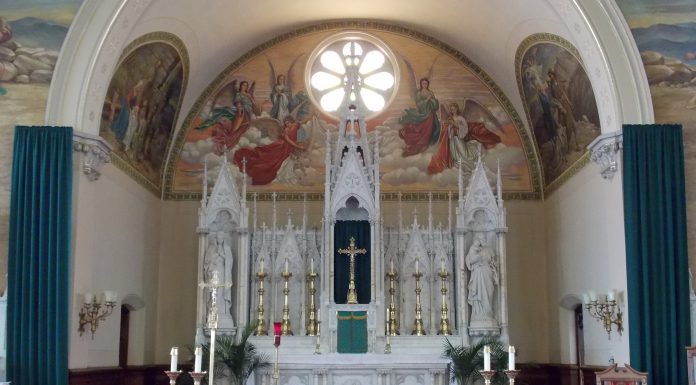