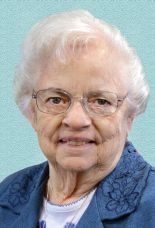 Sister Mary Louise (Ignatius Loyola) Simmons, CSJ, 92, died Tuesday, March 16, 2021 in the 74th year of her religious life as a Sister of St. Joseph. The daughter of the late John Thomas and Mary C. Libengood Simmons, Sister Mary Louise entered the Congregation from St. Raphael in Pittsburgh. Over 44 years, Sister served as a teacher and principal in the Dioceses of Pittsburgh, Greensburg and Altoona-Johnstown. She was principal at St. Patrick in Johnstown (1967-73), St. Margaret Mary in Lower Burrell (1978-80), St. Peter in Somerset (1987-93), and assistant principal at Queen of Angels in Greensburg (1993-94). Her early teaching ministries included Assumption in Pittsburgh (1960-65) and St. Bernard in Pittsburgh (1950-55). Sister Mary Louise was the Executive Director of Adult Literacy in Martin County, KY, from 1994 to 1997. During that time, Sister Mary Louise helped the program reorganize, raise funds, and relocate following a devastating fire. In 1998, Sister Mary Louise retired to the Motherhouse where she served in the Development Office, assisted in driving, and volunteered at the switchboard.

Teaching children was among her greatest joys. Sister Mary Louise said it was easy for her to believe in children, but often challenging to have children believe in themselves. Known for her delightful sense of humor, Sister Mary Louise was named the “jump-roping principal” at Saint Peter. While in retirement, Sister Mary Louise invited other retired Sisters to share their “spiritual moments” drawn from Scripture, and she compiled them as “Reflections from the Heart.”  In the introduction, she wrote, “Prayer, so necessary for spiritual life, can be so enriching. We can’t help but see our lives change if we are faithful to prayer.” Sister Mary Louise, an expert English teacher who often wrote poetry and prayers, described her vocation as a “treasured gift” to pass on to those traveling their own journey of faith.

Journalist Tells of Look nto Abuse Report, What Lies Ahead for... 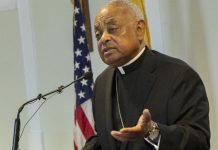 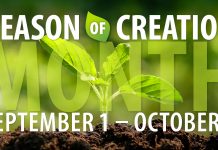 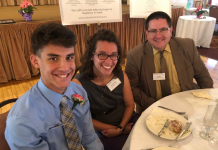 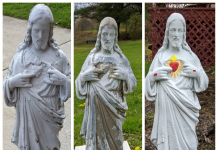