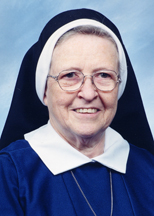 Sister M. Alexius Fitzgerald, IHM, of the Sisters, Servants of the Immaculate Heart of Mary died on Wednesday, February 3, 2021, at Our Lady of Peace Residence in Scranton.

She was born on December 15, 1926, in Brooklyn, NY, and given the name Margaret Mary. She was the daughter of the late Robert and Margaret Cuddeback Fitzgerald.

Sister served as a librarian at St. Angela Hall Elementary School in Brooklyn, NY, from 1982 to 1985. Sister Alexius also served as a seamstress at the IHM Center in Scranton, PA, from 2000 to 2010. From 2010 until the time of her death, Sister Alexius was a prayer minister at Our Lady of Peace Residence in Scranton.

She was preceded in death by two brothers, Robert and Thomas; and four sisters, Eileen, Frances F. Kane, Sister Gonzales, CSJ, and Agnes Geary. She is survived by two brothers, Joseph of Hempstead, NY; and Stephen of Brevard, NC; a sister, Bernadette Burroughs of Blacksburg, VA; nieces and nephews; grandnieces and grandnephews. She is also survived by the members of the IHM Congregation. 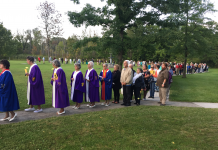 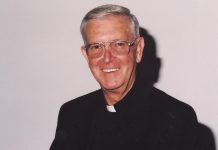 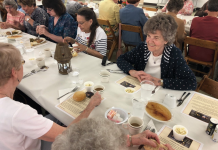 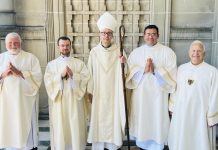 Bishop Reminds New Deacons of their Friendship with Christ