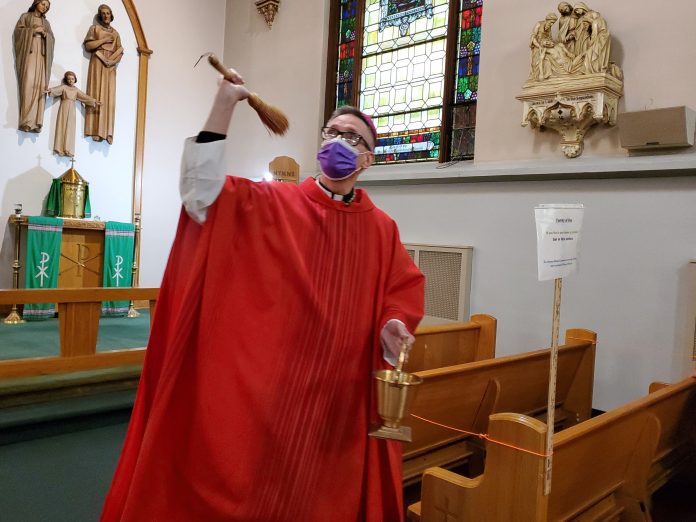 The faith community of Transfiguration Parish in Conemaugh is refusing to let evil triumph over good following a senseless act of desecration in the church.

Someone broke into the building between 3:00 p.m. February 1 and 10:00 a.m. February 2. Various areas of the church were ransacked or vandalized, including the sacristy and choir loft. The person also kicked in a door to a supply closet.

Among the items stolen were a millennium cross on the altar and a tabernacle that was not being used and did not contain the Blessed Sacrament.

Fortunately, the Holy Eucharist was not violated as part of the desecration.

Father Robert Hall, Pastor of Transfiguration, said it was devastating to walk into the church and see the destruction. He said his parishioners, who he described as devout and faithful, were horrified by the news.

Despite their shock and sadness, members of the parish are coming together, as witnessed by the outpouring of people in the pews when Bishop Mark visited the parish shortly after the vandalism.

The Bishop celebrated Mass and reconsecrated the church, which is typical after an act of desecration.

Father Hall said he asked a handful of parishioners to spread the word that Bishop Mark would be visiting, and a nice crowd came together on very short notice.

“They’ve been concerned that the sacred space was violated, but they were renewed by the words of the Bishop and his reconsecrating the church,” he added.

Father Hall is especially appreciative that Bishop Mark was willing to come so quickly to the parish, despite his busy calendar. As a result, the parish was able to celebrate a funeral Mass the next morning.

“He placed our spiritual needs above the demands of his schedule,” Father Hall remarked. “We’re grateful that we were able to return immediately to the spiritual life of the Church.”

As part of the reconsecration, the Litany of the Saints was prayed, and Bishop Mark reminded the Transfiguration faithful of the saints’ powerful intercession. He also stressed the need to pray for the person who committed the crime.

Parishioner Jordan Heinlein is upset that someone would harm his beloved church, but he is grateful for the unity among fellow members of Transfiguration.

“Since the vandalism and desecration occurred, our sense of community has been strengthened,” Heinlein remarked. “News of the event spread quickly and many of our parishioners rallied together to show support for their parish by attending the reconsecration and special Mass celebrated by Bishop Mark. In praying together for ourselves and for those who committed such acts, we connected deeply with who we are as Catholics. Our parish is full of resilient, faithful Catholics, and we will persevere.”

As police continue to investigate the incident, Father Hall is also expressing his thanks for the prayerful support from other faith communities.

“We’ll continue to walk in the light despite the darkness that exists in the world,” he maintained.

[Photo: Bishop Mark sprinkles Holy Water during the reconsecration at Transfiguration following an act of desecration at the church earlier this month.] 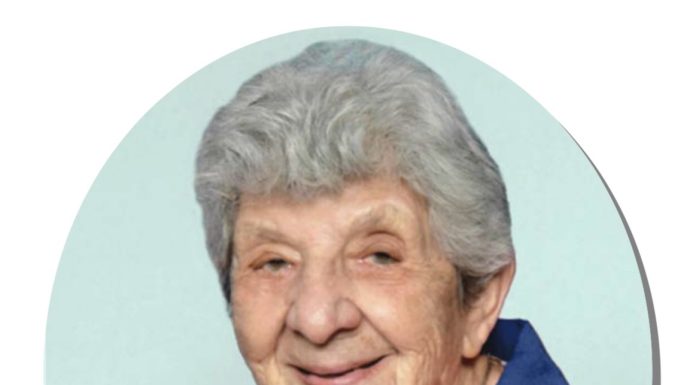