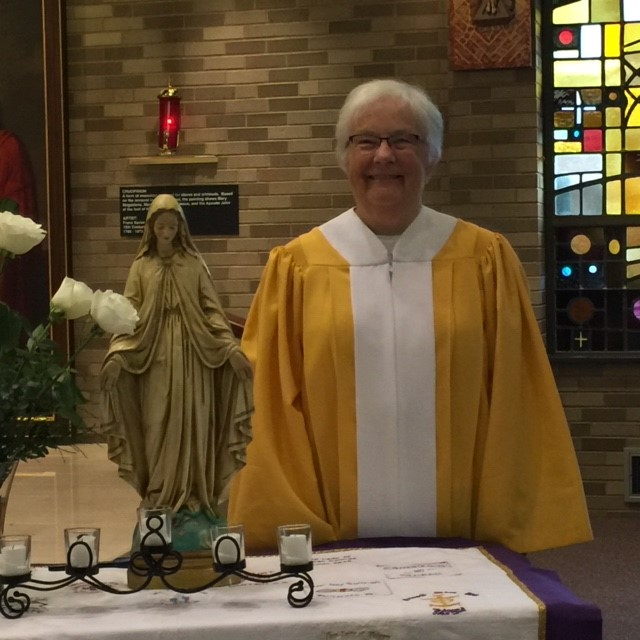 Shirley Hall, Tyrone, Court St. Rita #523, has been elected Pennsylvania State Regent for Catholic Daughters of the Americas (CDA). The new Regent’s term officially started on May 7, 2019 and runs for two years.

It’s the first time since 1968 that Tyrone is the home Court of the woman who achieved this honor. As State Regent Mrs. Hall will lead sixty local courts of more than 4,000 Pennsylvania women who strive to embrace the principle of faith working through love in the promotion of justice, equality, and the advancement of human rights and human dignity for all. 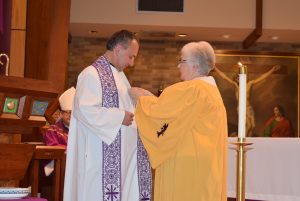 Father Jozef Kovacik was installed as State Chaplain for a two-year term.  Father Kovacik will conduct all religious exercises and give advice on matters doctrinal or ecclesiastical. The State Chaplain serves at the request of the State Regent.

Mrs. Hall was first elected to statewide office for the CDA in 2009, putting her financial background into practice as State Treasurer. For ten years, she has served in the State Court in various positions including Secretary and all of the three Vice Regencies.

During her service to the CDA, Shirley also has served on the Nominating Committee for National CDA. The Nominating Committee has the responsibility of reviewing candidate résumés and choosing the best people to serve as national officers. In 2016, she also was a member of a key group of women who lobbied for and then successfully hosted the weeklong, CDA National Convention in Pittsburgh, PA.

Hall’s two year will be guided by her selected theme from Psalm 40, “Lord, I Have Come to do Your Will.” 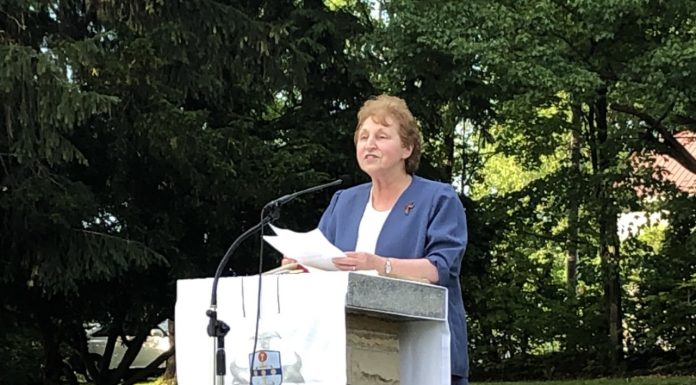