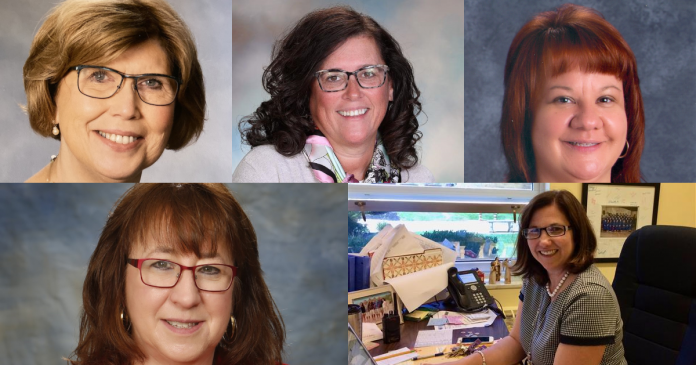 Rose Batzel and Lorie Ratchford credit Catholic education for much of the joy in their lives, and it even helped them find their soul mates.

Batzel, Associate Principal at Divine Mercy Catholic Academy in Johnstown, met her husband when the two taught at another Catholic school in Johnstown, and Ratchford, Principal at Bishop Carroll Catholic High School in Ebensburg, connected with the man she eventually married when they both had the same English class while students at BC.

Those memories are surely among the many happy recollections for both educators as they end their distinguished careers in administration.

Batzel and Ratchford are among five principals from Catholic schools in Altoona-Johnstown retiring at the end of this 2019-2020 academic year. Batzel’s colleague Mary Jo Podratsky, Associate Principal at DMCA; Renee Phister, Principal at Saint Michael School in Loretto; and Samantha Weakland, Principal at Our Lady of Victory Catholic School in State College, are also poised to begin the next chapter of their lives. 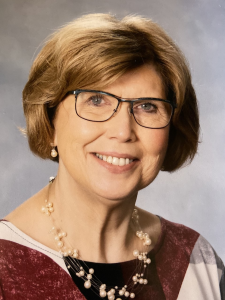 For Batzel, retirement marks the end of a 40-year tenure with various Catholic schools in Johnstown.

Earlier in her life, she could not image the past four decades she experienced.

“After I graduated from college, I wanted nothing to do with teaching,” she confessed.

Batzel worked in retail, then sought a change, which led her to Catholic education.

“I found that’s where God wanted me,” she shared.

“I just found my niche with them – their eagerness to learn, their love of learning,” she recalled.

Another joy was working with teachers and seeing them grow.

“I loved watching their dedication to Catholic education, and I believe that all of that is contagious within a Catholic school building and family,” Batzel added.

As she begins retirement, she does so with a new blessing – her first grandchild.

“I will be babysitting and teaching her many things I have encountered over my years,” Batzel assured. 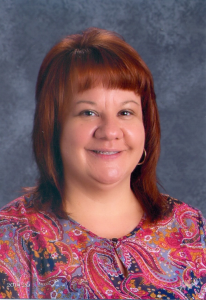 The return to classes in the fall will mark the first time in more than two decades Phister will not be working in Catholic education.

She officially began as a teacher at Saint Michael School 20 years ago, but prior to that, she tutored students and worked part time at the school while she was a student at Saint Francis University.

Through the years, she said the school families became extensions of her own family.

“Not only do I feel that I have helped others, but they have helped me,” she revealed. “They have helped me grow personally and professionally. The families have been an inspiration in my own life, which has enabled me to reach out to others.”

Phister has witnessed many changes, including a more rigorous curriculum and advanced technology and instruction.

One thing has not changed, she added.

“With a Catholic education, you get to express your faith and grow in your faith life,” Phister reminded. “It’s a warm, welcoming environment that allows students to thrive, be themselves, feel at home, and feel accepted.”

Phister is looking forward to devoting more time to her family, and she will always have a place in her heart for the Saint Michael family.

“I wish them continued success in carrying on the mission of Catholic education and working together as a family,” she said. 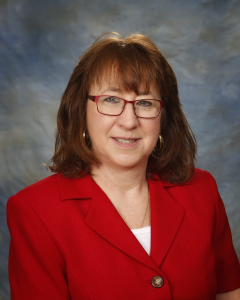 As Podratsky ends her tenure, she leaves with the same euphoria she felt on day one.

“I came in doing a cart wheel, and I’m still doing one as I’m leaving,” she said.

And she is not joking – she literally did a cart wheel on the day she was hired.

She began as a teacher at Saint Benedict School in Johnstown more than 20 years ago.

“The minute I walked into that school I fell in love with it,” she recalled.

“It’s practicing our faith,” she said of the value of Catholic education. “It’s the respect you get from the students. It’s the connection you make with the families.” 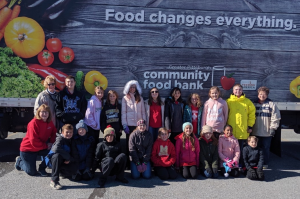 One of her proudest achievements is the installation of a Saint Vincent de Paul Youth Conference – first established for seventh and eighth grade students at Saint Benedict and currently for sixth graders at DMCA.

Over the years, the youth raised money, worked in soup kitchens, and helped with the monthly produce distribution.

“It made such a difference in the students’ lives,” she insisted. “They became service oriented and very much connected to the community. My whole goal was to plant the seed of charity and generosity.”

Podratsky will continue promoting that spirit of giving with young people even in retirement. She also plans to stay very active with bicycling and kayaking. 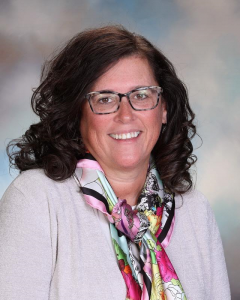 Ratchford is retiring as principal, but she will never hang up her Bishop Carroll ambassador hat.

“I was so happy there that I never thought to go anywhere else,” admitted Ratchford, who spent her entire career at the high school. “It’s more of a family atmosphere. I never felt like an employee. I felt like I was part of a team my entire time. We all pitch in. We’re there for our students. We want our students to succeed. We love our school.”

Another cherished memory for Ratchford is working with educators who taught her when she was a student. 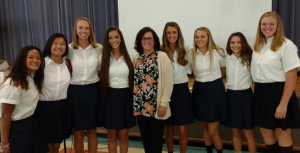 “I had wonderful teachers who then became my colleagues and friends,” she stressed. “I have the utmost respect for the people I worked with every day because we all worked together so well.”

Ratchford plans to enjoy this summer and keep her options open for the future.

Her agenda will always include supporting her fellow Huskies and being grateful for the treasured Catholic education experience.

“I want Bishop Carroll to grow and flourish,” she insisted. “I had the best seat in the house for 29 years.” 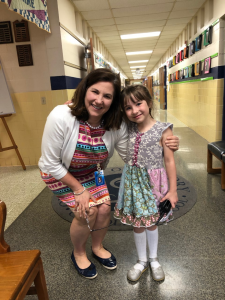 Like Ratchford, Weakland remains open to new opportunities after some R & R this summer.

Whatever is in store, she hopes it involves solving problems.

“I’m a people person, and I like a good challenge,” Weakland stated. “I’m very competitive. There are a lot of needs out there, and knowing that I’m the person who can guide, instruct, and help, I like that.”

In fact, she jokes that her children advise her to start a podcast titled, “I Can Do It Better.”

Weakland’s retirement ends 18 years at OLV. She was a teacher and Dean of Students before becoming principal five years ago.

She began her career in Catholic education as a teacher at Saint John the Evangelist School in Bellefonte, then took time off to raise her family.

Each academic year, she chose a theme for the entire school that was religious in nature. The 2019-2020 theme was “Led by the Spirit.”

The message was mixed into much of the students’ academic experience, and even the priests would incorporate the themes into their school Mass homilies.

“When we get anxious, worried, or concerned, to me it’s the faith in God,” she reminded. “We’re not in this alone. God is always with us, and He will guide and protect us.” 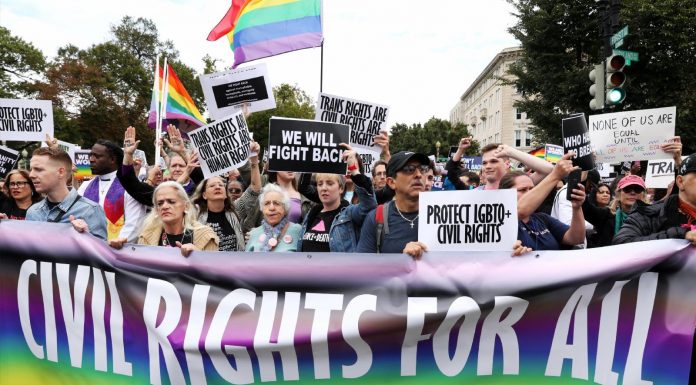