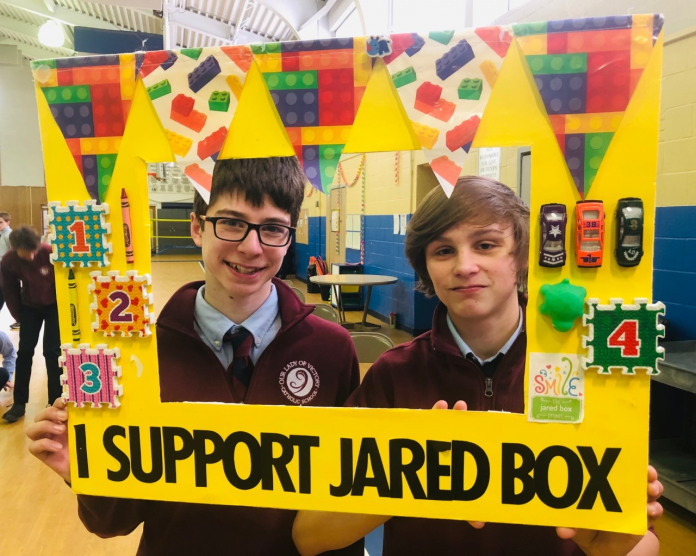 Acts of love can come in forms such as a prayer, a hug, or a kind word.

Once again this year, the Our Lady of Victory Catholic School family proved acts of love can also come in a box.

The Jared Box Project at the State College school was another rousing success – all in memory of a remarkable and inspiring boy, Jared McMullen.

He was an OLV kindergarten student who was diagnosed with an incurable brainstem tumor in 1999.

True to his fun-loving nature, the five year old carried a backpack filled with games and toys to his medical appointments to help ease the experience. Noticing that other kids did not do the same, he generously shared his goodies with them and played the card game UNO with them.

“As you would imagine, a five year old might be nervous or scared, which I’m sure he was, but he was also wise beyond his years and able to look around and see other kids being bored, sad, or upset and offered to cheer them up,” commented Cindy Kolarik, director of the Jared Box Project.

As way of honoring their beloved classmate and carrying on the compassion he showed others, OLV students and families started the Jared Box Project in 2001.

“It was just a real easy choice to continue what he started,” added Kolarik.

Every year, each OLV family makes a Jared Box filled with games, toys and fun activities. Each box is age and gender specific and includes a personal note. The boxes are then sent to hospitals to lift the spirits of children.

Over the years, more than 500,000 Jared Boxes have been delivered throughout the United States.

“It’s really good to be part of this because you’re really helping the community and everyone that’s part of it,” said OLV sixth grader Christopher Warner. “It helps kids in the hospital not be so stressed about everything going on.”

To celebrate this year’s campaign, a special school-wide ceremony was held on April 17.

Father Jonathan Dickson, Parochial Vicar at Our Lady of Victory Parish blessed the hundreds of boxes collected, and representatives from Geisinger Janet Weis Children’s Hospital in Danville and Geisinger Holy Spirit Hospital in Camp Hill were on hand to receive the items and thank the school community.

“Coming into a hospital is terrifying for a child, so any way that we can help to divert their attention and have them play with simple toys is really good,” remarked Sister Martin Haubrich, a nurse at Geisinger Holy Spirit Hospital.

Even adult patients want to hold something when they are afraid, Sister Martin continued. Items in the Jared Boxes are sometimes given to older patients, as well.

Sister recalled the words of Jesus: “Do this in remembrance of me,” which, according to her, is exactly what the OLV family is doing.

Indeed, the program has been a source of healing for Jared’s family, according to his mother.

“Losing Jared broke our hearts,” Ruth McMullen admitted. “But hearing people say Jared’s name through Jared Boxes was a joy for us knowing it was helping others.”

And what would Jared think of this program that celebrates his legacy?

“Oh, he’d be excited,” she surmised. “They’re boxes packed with love, well-wishes, and hope for all families, and we can share that.” 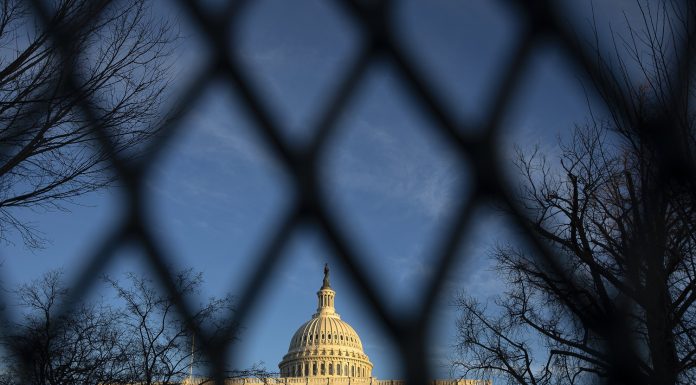