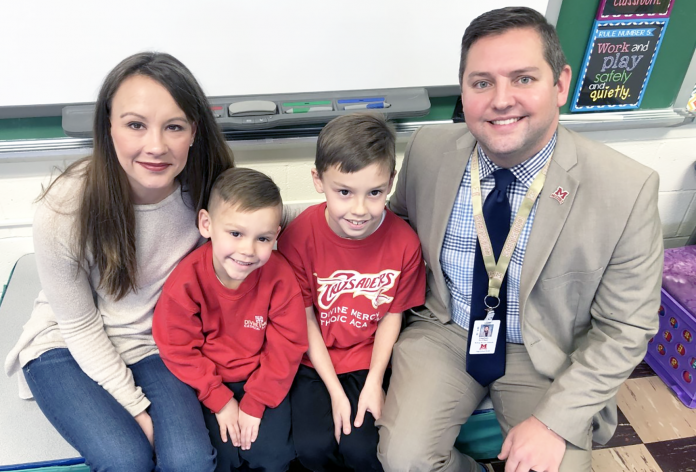 In these last days before Christmas, all kindergartners are practically bursting to see what Santa will bring them, and Noah Cotchen is no exception.

In fact, his eyes brighten and his smile widens when he rattles off what he hopes to find under the tree.

As cool as that present would be, Noah — wise beyond his years — realizes he has already received the best gifts.

Those blessings include loving and devoted parents, a great older brother, and a supportive school family at Divine Mercy Catholic Academy in Johnstown.

Noah received a bonus gift earlier this school year — a friend and sidekick, if you will, who happens to be a registered nurse.

Noah battles type one diabetes, which requires constant monitoring and daily measures to control the disease.

“When he was about 13 months old, he started crying constantly, he would throw up, he was constantly thirsty,” recalled Heather Cotchen, Noah’s mother.

After many doctor visits and uncertain days, the diagnosis eventually came, and Noah’s parents learned how to care for him.

“Once he started with the insulin, he started feeling better,” Heather added.

“Everybody thinks they understand diabetes because it is a more common ailment, but, in reality, understanding it and managing it are different things – especially with a child of 13 months old,” noted Stephen Cotchen, Noah’s father. “He wasn’t talking at the time, he couldn’t tell us how he was feeling, so it was a challenge.”

As Noah grew and the family managed his condition with greater confidence, the next step was addressing Noah’s needs once he entered school.

He attended pre-kindergarten at the West Campus of DMCA. The Cotchens felt very comfortable with the school nursing situation, and all went very well. 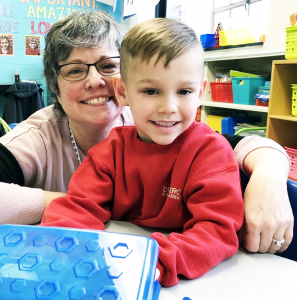 This year, as a kindergarten student at DMCA, registered nurse Robin Holsopple has entered the picture in a big way.

“Miss Robin has really just blessed us and become an extension of our family,” Stephen explained.

Holsopple, whose services are covered through the family’s medical insurance, arrives at the Cotchen house at 6:30 a.m. on school mornings, checks Noah’s vital signs, and helps in other ways during the morning rush.

She then accompanies him on the bus, stays with him in the classroom and elsewhere throughout the day, and makes the trip home with him.

“Obviously, she’s his caregiver, she’s his friend, she’s his disciplinarian when he gets out of line – she does a little bit of everything,” Stephen said. “She’s everything he needs as far as a nurse. When he goes to school, we don’t worry. He’s going to be cared for and have a normal school experience.”

Holsopple strives to find the balance between caring for Noah and giving him the freedom to be a regular kid.

“I basically sit in the back of the classroom and let him do his thing with his class,” she said.  “Before lunch, we go down to the nurse’s station and check his blood sugar. With lunch, I help him with picking the right food choices.”

On days when Noah’s blood sugar soars, Holsopple tracks it and does whatever is necessary to treat the situation.

“So it’s just constantly monitoring, but sort of being in the background so he can have as much of a normal life and routine as he can,” she mentioned. 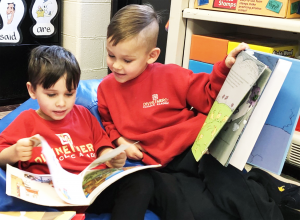 Having a nurse in the classroom helps teacher Jaclyn Klein focus on Noah’s academic needs instead of his medical situation.

“Noah is wonderful to have the classroom,” Klein remarked. “He gets along with everyone. He puts a smile on everyone’s face every day with something that he says.”

Certainly, Noah can be a character, Holsopple joked.

“He definitely can grow on you,” she said. “I think we have a special bond.”

A bond for which Stephen and Heather are especially grateful this Christmas.

“Obviously, the Divine Mercy family and our faith family have been critical on this whole journey, because it’s not easy,” Stephen confessed. “But God has blessed us with a good support system with our school, with our family, and now we have this nurse. Those things don’t just fall into place without the good Lord looking over us.” 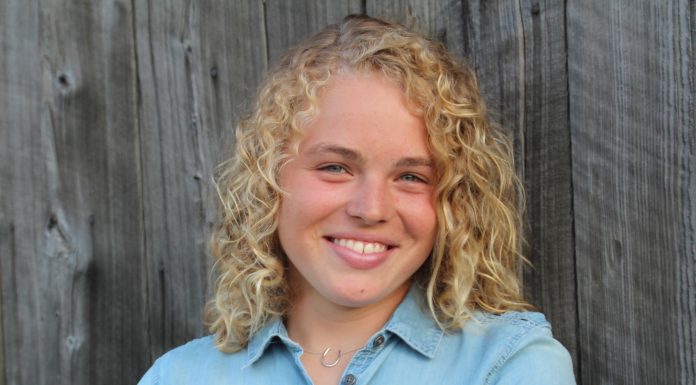 Catholic doctor weighs in on COVID-19 vaccines for children

Bishop Mark Announces Local Mass in Solidarity with the People of Ukraine and Russia...