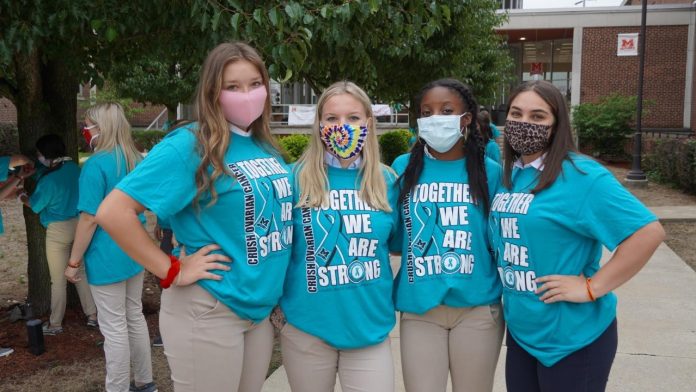 Another great example of our Catholic school students making a difference.

For the seventh year, students from Bishop McCort Catholic High School in Johnstown are hanging teal ribbons in recognition of Ovarian Cancer Awareness month in September. Once again, the campaign will also include the East and West campuses of Divine Mercy Catholic Academy in Johnstown.

McCort and DMCA students, along with dedicated volunteers, will be spreading the word that the “earlier the diagnosis, the better the prognosis.”

According to statistics, ovarian cancer effects about one in 78 women. If detected early, five year survival rates for localized ovarian cancer are more than 90 percent.

The students began hanging the teal ribbons the other day at the high school. They made their way into downtown Johnstown and beyond.

The students’ efforts are made possible thanks to the Ann Harris Smith Foundation and support from local municipalities.