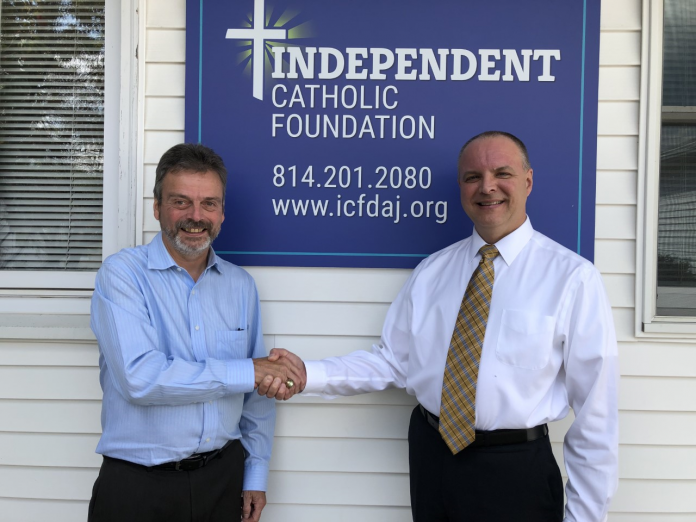 There has been a “passing of the torch” at the Independent Catholic Foundation, which supports parishes, schools, and other Church ministries.

Bill Hiergeist, who served as President/CEO for a decade, retired effective August 31. The Board of Trustees appointed Christopher Ringkamp to succeed Hiergeist effective September 1.

Ringkamp has 10 years of for-profit experience and 20 years of Catholic nonprofit leadership experience. Since April 2017, he has served as the Foundation’s first Director of Mission Advancement. Prior to this, he served in a variety of leadership roles during 18 years at the Diocese of Altoona-Johnstown, including the first Director of the Parish Life Office followed by eight years as the Director of Development.

Chris is a member of the Blair Chamber’s Leadership Blair County Class of 2016. He currently volunteers on Parish Council at Saint John the Evangelist Parish, Altoona; on the Board of Directors of the Academy of Sacred Music, Hollidaysburg; and as Treasurer of the Association of Fundraising Professionals Allegheny Mountains Chapter.

Chris and his wife, Melissa, reside in Hollidaysburg while their son, Nathan, is a freshman at The Catholic University of America in Washington, D.C.

His leadership during the last 10 years has helped triple the foundation’s portfolio value. This is quite an accomplishment as he reaches the point in his life where he has decided to retire and celebrate life fully with Judy and their daughters and their families.

In his “spare time,” he will enjoy his woodworking shop, vineyard and the art of sampling craft beers from near and far. Prior to joining the Independent Catholic Foundation, Bill was employed by Xerox for 13 years and Penn State Public Broadcasting for 12 years. 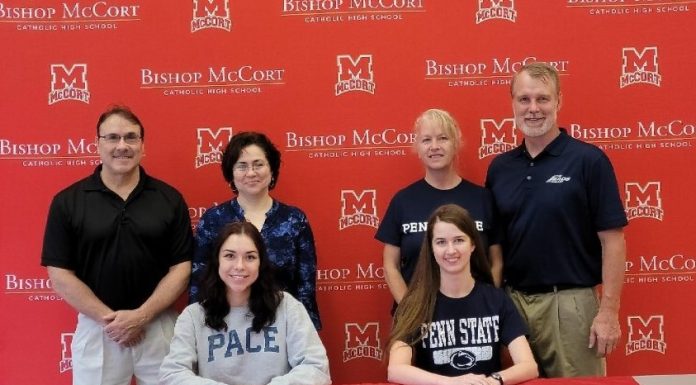 School Tells Families to Take a Hike! A Virtual Hike, That Is