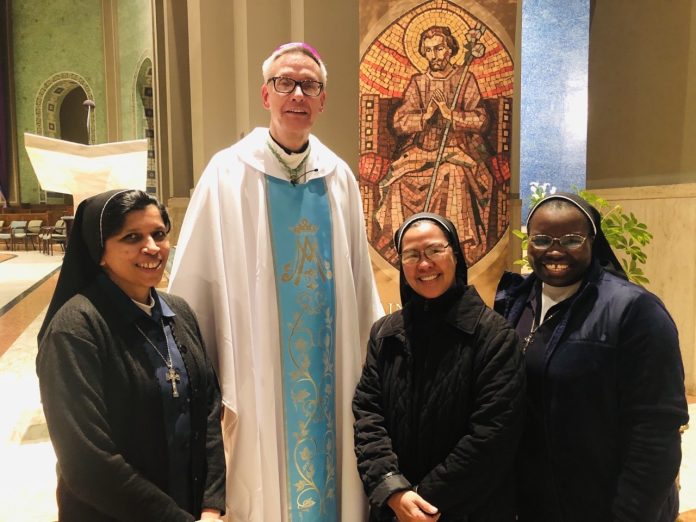 The Diocese of Altoona-Johnstown has joined the universal Church in closing out the Year of Saint Joseph.

Bishop Mark celebrated a Mass on December 8th – the Solemnity of the Immaculate Conception of the Blessed Virgin Mary – at the Cathedral of the Blessed Sacrament in Altoona.

As declared by Pope Francis, the Holy Day was also the official close of the year in honor of the foster father of Jesus.

In his homily, the Bishop noted that he knows many men who have a great fondness and devotion to Saint Joseph who remained in the background this past year – not unlike Saint Joseph himself.

“(Saint Joseph) was a quiet man, humble, but yet a man of great strength and authority,” Bishop Mark noted. “I can understand why Pope Francis would want us to celebrate this final Liturgy in the Year of Saint Joseph on the Feast in honor of the Blessed Mother.”

The Bishop referred to a common image of Saint Joseph who is depicted laying asleep on a mat. The faithful are invited to write notes containing things for which they are grateful, things that are challenging, or things that tempt them, and slip it under the statue before going to bed at night.

“That tradition comes from the Scriptures when Joseph was asleep when he was told that he would have a role in the Salvation History of which we are the beneficiaries,” Bishop Mark explained. “It was made known to him in a dream how the birth of Jesus was to be accomplished. Think about that and the ways in which you can continue to share your hopes, your dreams, your challenges – anything you need for intercessory prayer. Joseph is the patron saint of the universal Church. You can turn to him anytime you are in need.” 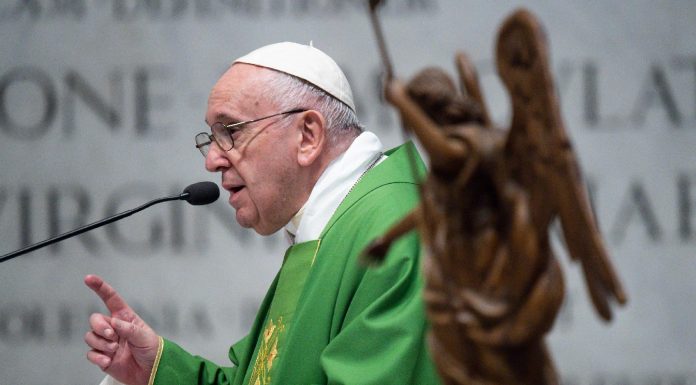