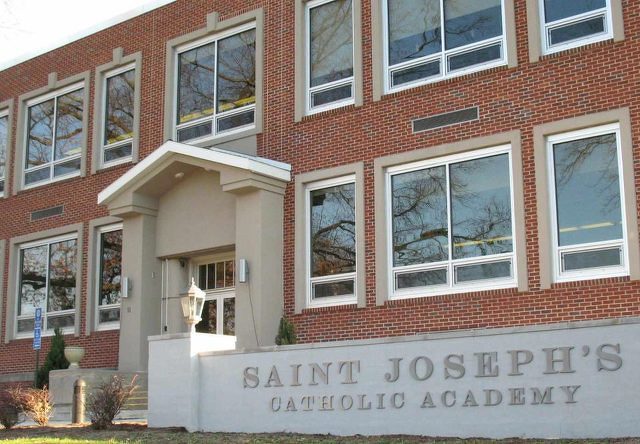 Submitted by Saint Joseph’s Catholic Academy
We are pleased to announce Saint Joseph’s Catholic Academy has been awarded two Pennsylvania Department of Education Safe Schools Grants for the 2019-2020 school year. This is the first year Intermediate Units could apply for the Safe Schools grants on behalf of the non-public schools they represent.
Saint Joseph’s Officer Pollack and Terry Benson worked with Jon Mains of Mains Technology to identify areas for security improvements and upgrades for the Safe Schools Equipment Grant. Priority areas were determined to be a backup generator for the door security system, additional video cameras to cover the SLC, and rear exterior of the building with a recorder, additional exterior lighting between the SLC and rear parking area, trauma kits for each floor of the main building and the SLC, and finally a portable radio in which Officer Pollack can have direct contact with Centre County Emergency Communications in case of an emergency.
Officer Pollack reviewed possible trainings and programming for faculty, staff and students from the Safe Schools Program Grant. Officer Pollack identified training to improve skills in responding appropriately to adolescent mental health issues for faculty and staff. Officer Pollack felt students could benefit from programs teaching inclusivity and leadership, identifying peers in need, how to respond and when to report.
Maximum funding for these grants was $25,000 each. Officer Pollack submitted a grant proposal to Michelle Hammersla-Quick at CIU 10 in the amount of $24,179.09 for the equipment grant and $15,625 for the programming grant. We are pleased to report we have received the full amount of funding requested for both grants. Hammersla-Quick indicated she will attend a meeting next week to determine when the funds will be disbursed.
We look forward to sharing these exciting upgrades, training and programming with the SJCA family as they take place.
—–
This past October, three seniors were commissioned as Extraordinary Ministers of Holy Communion at Saint Joseph’s Catholic Academy.
Julia Nagel, Teghan Prospero, and Elizabeth Peters now help to administer the Eucharist during all-school Mass every Thursday in the Student Life Center.
“ I wanted to become a Eucharistic Minister because I think it is important for young people to take up leadership roles in the Church and be an example to their peers,” says Nagel when asked why she became a Eucharistic Minister.
“After I was commissioned, I found that I paid more attention to the actions of the priest during Mass,” adds Peters. “When you’re watching for your cue, you pick up on the finer details of the Consecration.”
This new involvement allowed for a deepening of these girls’ spiritual lives. SJCA highly encourages all to take steps closer to God in their own ways.
“All of the teachers are so supportive of those who are learning about their faith, which is something you can’t find at any ordinary place,” finishes Prospero.
—–
The Saint Joseph’s Catholic Academy Homecoming Week could borrow a slogan from the famous golf tournament, The Masters, as it is truly “a tradition unlike any other.”
Saint Joseph’s Student Council and Fellowship of Christian Athletes (FCA) teamed up to create a week full of fellowship, school spirit and (friendly) competition.
“The goal is to unite the community, support the athletic teams, meet new people, and ultimately celebrate our school.” -Senior, Piper Weldon, Student Council President.
The week kicked off with the second annual Homecoming Dance. Over 100 students poured into the Student Union to sing and dance, laugh, shout, and unwind after a long few weeks of school. During the dance, the 2019 Homecoming Court was announced. Seniors Piper Weldon, Izzy Warren, Brynn Hershbine, Maggie Mangene, Aidan Cross, Max Jiang, and Jo Schneider were voted on to represent this year’s class.
On Monday, October 7th, it was “America Day” as students donned their red, white, and blue attire. The boys soccer team played host to Philipsburg-Osceola in the afternoon and we celebrated the annual “Pink Out” volleyball game in the evening as the Saint Joseph’s hosted Glendale High School. The girls have raised thousands of dollars over the past several years to help continue the fight against breast cancer.
Tuesday was “Decades Day” and the Cross Country team displayed their dominance winning on both the girls and boys side. Plenty of students and faculty were out to cheer the runners on as the Homecoming meet was also a Senior Day celebration for Carter Kauffman, Isaac Hyman, Aidan Cross, and Myah Chappell.
“Wild West Wednesday” was followed by “Spirit Wear Thursday” and on Friday it was time for the first event of the annual Saint Joseph’s Cup competition: The Fall Harvest Festival. Eight teams competed in ten different events, including sack races, corn hole, pumpkin toss, pie eating, and apple bobbing. The Green team emerged victorious for the third year in a row, highlighted by a relay race win and a dominant pumpkin toss by Brendan Scanlon, while freshman Brigid Scanlon knocked down a half-court shot for the Green team to put an exclamation point on the victory.
Finally, the Homecoming Bonfire on Friday evening capped an amazing week of fellowship and fun for the Saint Joseph’s community. Much of the student body and faculty showed up to play some ultimate frisbee, roast marshmallows, and sing campfire songs.
“It means a lot to FCA to be able to help put on an event each year that brings the school together in fellowship and faith.” -Senior, Emma Mallison, FCA President.
Maggie Mangene played the guitar while Kathleen Haris and Maddie Mazza sang some of their favorite songs. Nathan Cross, Reece Bloom, and other members of FCA offered devotions about community and what this particular community means to them.
“We hear this countless times, and it really is true, we have something special here. We have to keep working together because that’s when we are strongest” -Junior, Reece Bloom.
Thank you to all who help make these traditions so special every year. 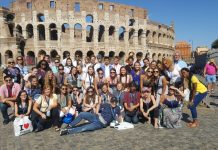 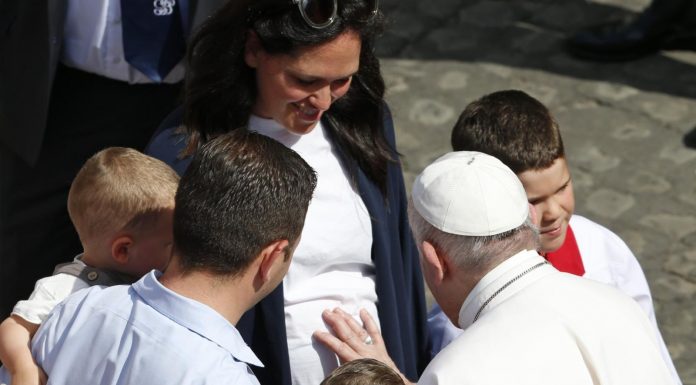 On the cross and still today, Jesus prays for everyone, Pope says

Bishop Says Task Force Looking at Next Steps for Diocese