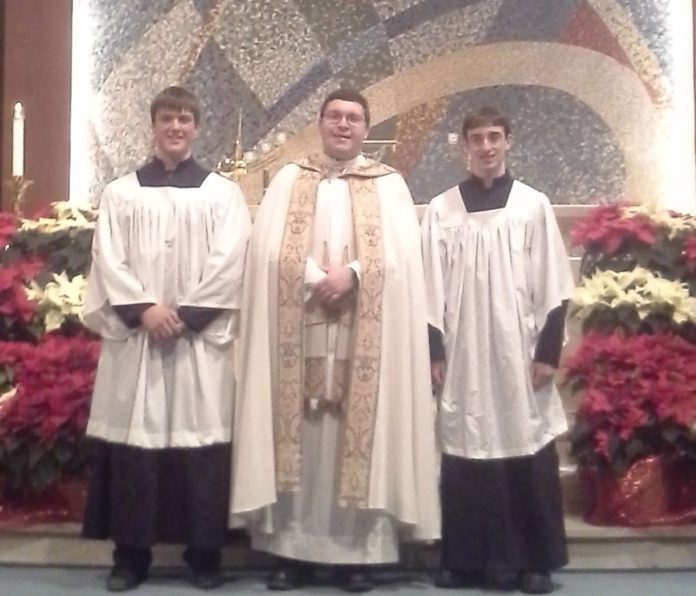 When John Roy realizes his dream of ordination to the priesthood in several years – God willing, he will surely be grateful for the many people who accompanied him on his discernment journey. Perhaps his biggest thank you, however, should go to his mom.

Roy, a member of Saint Andrew Parish in Johnstown, is one of two new diocesan seminarians this year. He just began his first semester at Saint Vincent Seminary in Latrobe, but his vocation story has its roots in Roy’s days as a school boy.

Roy’s mother homeschooled him and his siblings. Her morning routine for the gang included attending daily Mass as a family, breakfast, prayer, and then beginning the academic day, he recalled.

She was also a regular at the Perpetual Adoration Chapel at Saint Patrick Parish in Johnstown. Thursday at 3:00 p.m. was Mrs. Roy’s designated time. 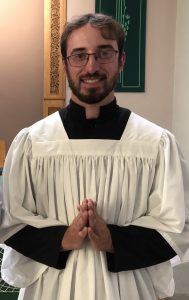 “She started off going by herself and then wanted to show us,” Roy recollected. “I remember the first time she brought us there. It was a powerful place.”

At the time, Roy was only about nine years old.

He sometimes perused the reading material at the chapel and found a book that moved him profoundly. It was titled Seven Secrets of the Eucharist.

“It really enkindled a love of the Eucharist in me,” he shared. “I recommend it to anyone.”

Daily Mass and regular Adoration seemed to ignite Roy’s devotion to the faith and plant the early seeds of a vocation.

Like many Catholic boys around that age, Roy was an altar server. That, too, opened his eyes to the beauty of the priesthood.

“Just being so close to the altar during the consecration was amazing and awesome,” he added.

The pull to seminary remained over the years, and Roy attended Franciscan University in Steubenville, Ohio. Besides the vibrant Catholic culture there, Roy was attracted the University’s Priestly Discernment Program, in which he participated. He studied Philosophy and Math during his years at Franciscan.

Now at Saint Vincent, these first few days have been positive for Roy. 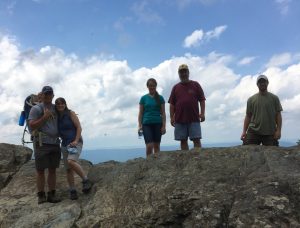 For recreation, Roy adores the outdoors. Canoeing, kayaking, and hiking are among his favorite pastimes.

“I just found out there’s a nature reserve trail right across the street from Saint Vincent,” he mentioned. “I’m planning to do that on the weekends.”

“God’s creation is beautiful,” he said.

Also beautiful to Roy is the unwavering support of his family.

In between those trips to morning Mass and Adoration as a young boy, Roy shared his desire to be a priest with his mother.

“She was very supportive and very excited about it,” he noted. “Of course I was still so young so there was still a lot of discernment that needed to happen.”

And now that discernment continues at Saint Vincent.

Roy’s friends and family are praying for him and rooting for him — especially his mom.

[Top photo: John Roy (right) posing as an altar server several years ago. Bottom inset photo: Roy (right) on a hike at Shenandoah National Park earlier this summer with his dad and sister (center) and sister, brother-in-law, and nephew (left).] 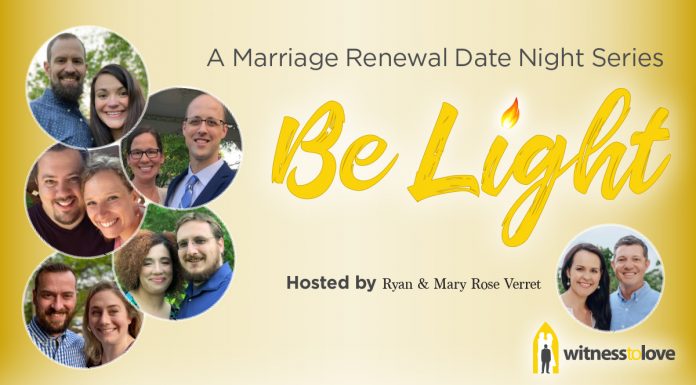 OLV Preschool Students and Staff to Spread Acts of Kindness