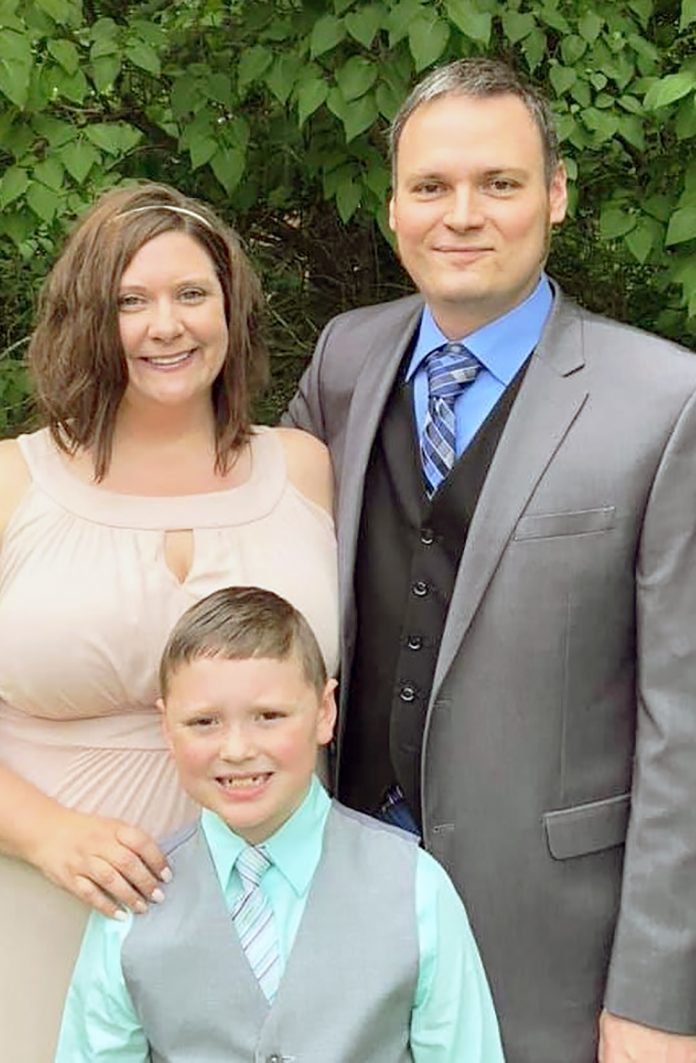 By Gerri Ciesielka
For Proclaim!

Each time the RCIA process begins in a parish, it is a new experience for the team as any director/coordinator of the process will attest. Individuals that wish to become part of the Catholic faith come from different life experiences and are at different stages in their faith journey. In the many years that I have directed this process for our parish, we have never had a family go through the journey together. That changed in late January of this year when I received a call from our pastor, Father Tom Stabile, TOR, informing me that there was a family interested in becoming Catholic. As the RCIA Director for Holy Family Parish in Portage, I arranged an introductory meeting, and so, together with Father Tom and Melissa Lee, the parish DRE, we met the Hall Family from Johnstown.

Jeremy Hall, who is the lead master technician at Firestone, came from a Protestant background, while his wife Jen, an HR Manager at Leonardo DRS, was raised Catholic, but had left the Church when she married Jeremy to attend his. Their son, Jeremiah, a first grade student at the time, was baptized in the Protestant tradition. The Halls found themselves feeling not completely spiritually fulfilled. As Jen stated, “I missed the teachings of the Catholic Church and all of the rituals and symbolism. I wanted our son to have the same experiences that I had as a child growing up in the faith.” After some discussion, the Halls decided to try attending the parish that Jen grew up in to see if it would be a good fit for them. They desired a parish that would give them a sense of belonging and community. This led them to Holy Family Parish.

About two weeks after the Halls began the RCIA process, another family joined the sessions. Desarae Oravecz, an already baptized Catholic seeking to be confirmed, approached Father Tom. She also expressed her growing desire for her son, Rylan, to be baptized. God’s grace was at work! Desarae’s son was also a first grade student at the time and the two boys bonded immediately and the families became friends. Both boys enjoyed the sessions learning about the faith.

Team member Marsha Troxel often commented on some of the insights into the faith that the boys had. When it was time to select a Confirmation name, Jeremiah did his research. Jeremy and Jen found books for children on the saints and Jeremiah, along with his parents, read these. Jeremiah decided, on his own, that he wanted to take Dominic as his name because he felt a connection to Saint Dominic Savio, a young saint who was cheerful, a good student, and loved to pray. Maybe it was because Jeremiah is also cheerful, a good student, and prays.

After weekly sessions throughout the winter and spring, Jeremy and Jen were married in the Catholic Church. The sessions for the family continued throughout the summer, and in September, Jeremy and Jeremiah made their Profession of Faith and were received into the Catholic Church. They celebrated the Sacrament of Confirmation and received First Eucharist on that day. Rylan was baptized in August, and Desarae received the Sacrament of Confirmation along with Jeremy and Jeremiah.

The Halls feel that becoming Catholic has changed their lives for the better. They have learned more about both Scripture and the teachings of the Church. This, in turn, has led them to have discussions that they would never have had otherwise, and, according to the Halls, it all has helped the family to grow spiritually. The journey continues for both families. They have remained friends. Rylan and Jeremiah still have play dates together, attend Religious Education class, and walk from class to Church together every Sunday. The two families sit together at Mass, and all the while the Halls continue to commute from Johnstown as Jen has returned home and brought her family to the fullness of God’s grace.

Gerri Ciesielka is the RCIA Director at Holy Family Parish in Portage. 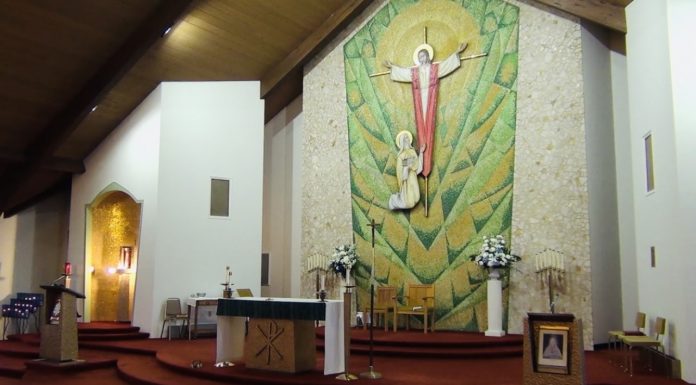 Lilly Parish Offering Opportunity to Be Renewed in the Eucharist

Journey of Grace: A Series Spotlighting the Journey Toward the Catholic Faith

Bishop Reminds Faithful of Perfect Act of Contrition, Plenary Indulgences During This Time