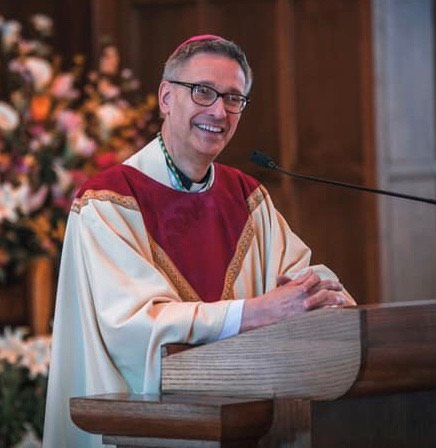 A Message Before Election Day from Bishop Mark

I often hear how many people are feeling angry, anxious, depressed, frightened, or even bewildered these days. It’s enough to deal with the ongoing impact of the COVID-19 pandemic on our daily lifestyle and it is more than enough to deal with verbal and physically violent expressions of hate and prejudice which have been manifested in places all across America. As Election Day draws near, good people who believe in the Lord Jesus, his teachings, and the teachings of his Church, are finding it difficult to draw upon their faith as a help in deciding on how to vote.

We have been taught that voting is a hard-earned opportunity to participate in the governance of our country. It began with a battle for independence, and it has been put to the test during a Civil War that erupted when our country was literally torn in half over hard issues such as slavery. Not even the Emancipation Proclamation could stop the debates and violent reactions over the dignity of every human person regardless of race.

In spite of inspired words that are presumed to express the self-evident truth about the God-given dignity of every person and the right to life, liberty, and the pursuit of happiness, we find ourselves in a time and place where millions of human persons are allowed to be killed through abortion on demand, even before they take their first breath of life, liberty, and justice.

People often tell me how tough it is to live and give witness to our Catholic faith. Which includes exercising the civic duty to vote in the upcoming election. It is a duty that is named explicitly in the Catechism of the Catholic Church issued by St. John Paul II (n. 2240). While urging Catholics to work with civil authorities (n. 2238-2239), the Church also teaches that there are times when citizens are obliged to object and resist cooperating with such authorities when laws are contrary to the law of the Gospel (n. 2242).

These and other issues and concerns are found in the materials concerning Faithful Citizenship and voting that are posted on this webpage. To further help in your discernment and the formation of your conscience in preparation for the election, think about the duties of exercising the right to vote, and to vote in a manner that is consistent with the teachings of Christ and the Church.

We all know that a number of the teachings of Christ are tough to hear and even more difficult to act on. For example:

The list is from ChurchOP.com, which is part of the EWTN network. The reflection is titled: The 14 Most Challenging, Radical, Do-We-Really-Have-To? Teachings of Jesus. I encourage you to read and reflect on the Scripture passages that are provided in that list.

In making up your mind on how to vote, think about the “Do-We-Really-Have-To?” people and issues: the born, the unborn, the poor, the rich, the uninsured, the refugee, the undocumented immigrant, the persecuted, the foreign and domestic enemies, those who keep the peace and those who do not, those who are charitable and those who are in need of charity that manifests the very love of Christ Jesus.

When the going gets tough, the tough get going. This proverb means when things become very difficult or unpleasant to deal with, people with true resolve, determination, or strength of character will take action and find the means to continue.

Besides the true resolve, determination, or strength of character, we need to add one more qualifier: faith. As an authentic expression of a “patriotic” quality of faith, the Catechism reminds us: “The duty of Christians to take part in the life of the Church impels them to act as witnesses of the Gospel and of the obligations that flow from it. This witness is a transmission of the faith in words and deeds. Witness is an act of justice that establishes the truth or makes it known” (n. 2472).

And one last thought as you think about casting your vote. The word “vote” is from the Latin votum, which means vow, as in a pledge or promise to God or to one’s spouse. The Latin word votum also means “a prayer.” Lastly, the word votum means a wish; a heartfelt desire for some good. Your vote should begin with a prayer and be a prayer. Cast your vote as an expression of your heartfelt desires and a renewed promise to seek God’s blessing on the common good of all. 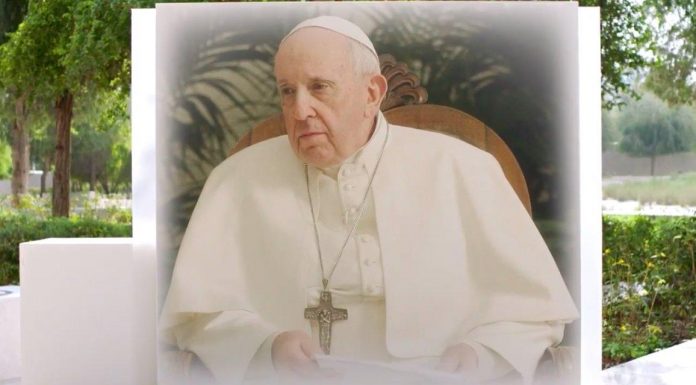 Is Your Parish Safe? Upcoming Workshop to Help Faithful Prepare for Potential Risks