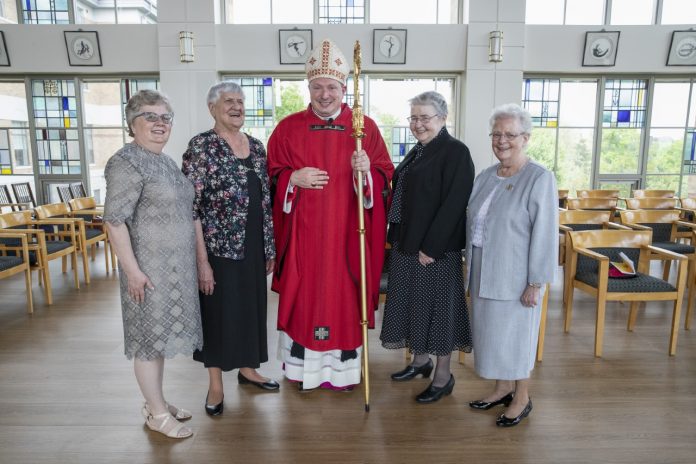 From the Sisters of Charity of Seton Hill

The United States Province of the Sisters of Charity of Seton Hill announces the election and installation of the 2021-2026 Provincial Leadership Team. Sister Mary Norbert Long, SC, was elected to a five-year term as Provincial Superior. Joining her on the Provincial Council are Sisters Donna Marie Leiden, Mary Jo Mutschler, and Rachel Blais. Members of the United States Province gathered on Sunday, May 23, 2021, at Caritas Christi, the congregation’s motherhouse, for a special Liturgy that included the Rite of Installation. The Most Reverend Larry J. Kulick, JCL, Bishop of the Diocese of Greensburg, was the presider and homilist at the Installation Mass.

President/Provincial Superior Sister Mary Norbert previously served two consecutive terms as a First Councilor/Treasurer for the United States Province. In that capacity, she was responsible for the legal and organizational matters concerning stewardship of resources and sponsored ministries of the province. She has 58 years of experience in Catholic education with 43 years of service as an administrator that include six years served as the Superintendent of Catholic Schools for the Diocese of Tucson. As the Superintendent of Catholic Schools, Sister Mary Norbert was a member of the Arizona Catholic Conference. Sister Mary Norbert served on and led numerous committees, boards, and advisory councils of her religious community, the Arizona Catholic school system, and several civic organizations. Along with Arizona Governor Janet Napolitano, Sister Mary Norbert was a 2008 Girl Scout World Award honoree. She was presented with the World of Learning Award for her tireless work with the youth of the Saint Mary-Basha Catholic School community. In 2012, the Diocese of Phoenix recognized Sister Mary Norbert for “making a profound difference in Catholic education” with the Guardian of Hope Award. 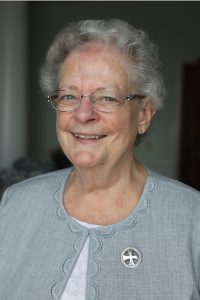 Vice President/ Provincial Councilor Sister Donna Marie Leiden currently serves as the administrator of Caritas Christi, the motherhouse of the congregation. Throughout her religious life, Sister Donna Marie has enthusiastically embraced the challenge to continue the mission of Catholic education. Her extensive experience includes service in the roles of teacher, principal, vice principal, and guidance counselor in the Greensburg, and Pittsburgh Dioceses from 1963 to 1989. Sister Donna Marie was elected to serve as General Councilor of the congregation from 1989-1997. She was principal at Bishop McCort High School from 1997 to 2006. Her administrative talents were recognized in 2006 when Sister Donna Marie was named President of Institutional Advancement for the Diocese of Altoona-Johnstown and again in 2007, when she was appointed as Director of Education for the Altoona-Johnstown Diocese, a position she held until 2018. Sister Donna Marie’s dedication to serving the Church of the Altoona-Johnstown Diocese was acknowledged in 2004 with the Prince Gallitzin Cross Award, presented to individuals who embodied the “hardy, faith-filled spirit of the Prince-Priest of the Alleghenies.”

From 2014 to 2019, Vice President/Provincial Councilor Sister Mary Jo Mutschler served on the General Council of the Congregation of the Sisters of Charity of Seton Hill, which oversees both the United States and Korean Provinces. A noted educator, Sister Mary Jo was the assistant superintendent of elementary schools for the Diocese of Pittsburgh from 1997-2014. Other educational roles include teacher, middle school principal, mathematics curriculum director, elementary school principal, and educational consultant for the Dioceses of Pittsburgh and Greensburg. She was the director of the Greco Institute, Shreveport, LA, and an adjunct professor at Fordham and Loyola Universities. From 1989-1997, she served the Sisters of Charity of Seton Hill as Councilor for Mission and Ministry. Sister Mary Jo’s dedication to serving the Church was recognized in 2009 with the Manifesting the Kingdom Award.

Since 2001, Vice President/Provincial Councilor Sister Rachel Blais has extended various ministries of compassion in West Virginia. Currently she serves as the Director of Saint Ursula Food Pantry and Outreach in Pursglove. From 2006 to 2019 Sister Rachel was the coordinator of the Rite of Christian Initiation of Adults and visited parish shut-ins at Saint Mary Roman Catholic Church in Morgantown. She was employed at West Virginia University as a field education coordinator for social work students and as a campus minister at Saint John University Parish, the Catholic parish of the University. Sister Rachel volunteered at the Federal Corrections Institution in Morgantown and served as a board member for Empty Bowls of Monongalia County, a non-profit organization committed to alleviating hunger. Prior to her ministry in West Virginia, she served students in the Dioceses of Phoenix and Tucson in Arizona and the Dioceses of Greensburg and Pittsburgh in Pennsylvania in roles that included religion teacher, campus minister, youth minister, and director of religious education.

The newly elected Provincial Council is responsible for the administration and leadership of the United States Province, which numbers 125 sisters in active or retired ministry. Another 196 sisters serve in the Korean Province. 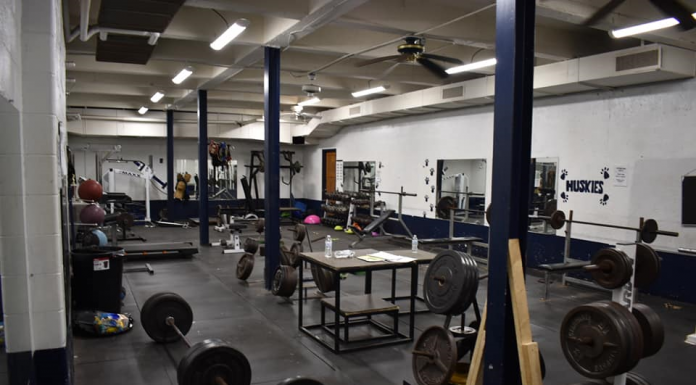