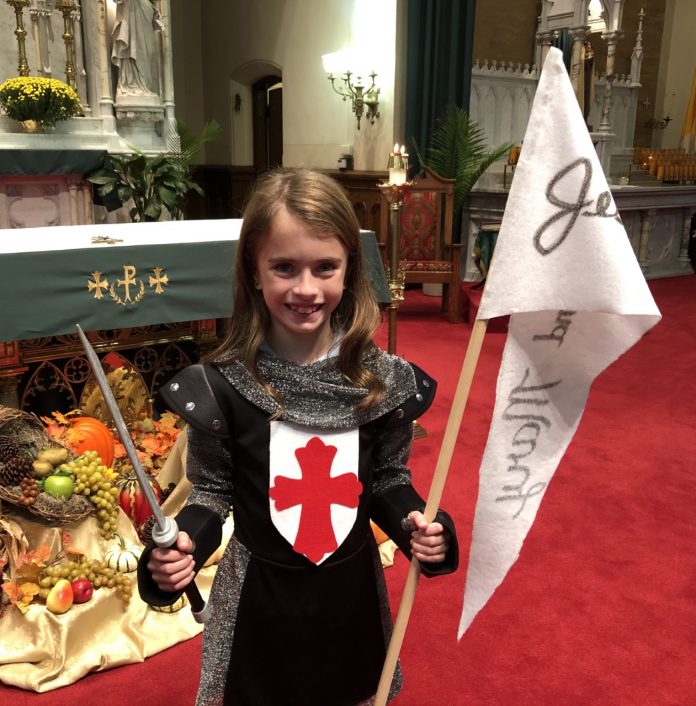 The primary mission of Catholic education is not to teach Math, Science, and History, but to make students saints.

As the Diocese of Altoona-Johnstown prepares for a new academic year, Father Lange is once again poised to carrying out that undertaking through his roles as Pastor of NCCS and Saint Nicholas Parish in Nicktown and Chaplain at Bishop Carroll Catholic High School in Ebensburg.

Yes, we want our children to excel according the metrics by which society judges success, admitted Father Lange.

“But the ultimate metric is the salvation of souls,” he added. “We have this perspective that academics are critical, but even more so is the spiritual welfare of our children because at the end of one’s life, if you’re not a saint, then you failed. It’s an eternal tragedy.”

Without question, the business of saint-making is alive and well in the elementary and secondary Catholic schools of Altoona-Johnstown.

The days of Catholic schools staffed entirely by communities of religious sisters are a memory, but dedicated lay staff, in partnership with pastors, other priests, and a few religious, are taking the mission to new heights.

Each school campus espouses a culture at which Jesus Christ is the center of everything.

Religion is a key element of the curriculum, prayer in the classroom and elsewhere is a daily occurrence, Mass is celebrated regularly for the students, Stations of the Cross are prayed during Lent, and the Rosary is prayed during Marian months.

The schools embrace an initiative from the Diocesan Education Office called RICH, an acronym for Respect, Integrity, Courage, and Humility. Throughout the school year, students engage in programs that highlight and celebrate those core values.

Faith Families, also a part of each school community, unite students from different ages throughout their entire Catholic school journey.

Beyond all that, students put their faith in action through enthusiastic service to others. Their commitment to giving truly embodies the words attributed to Saint Francis of Assisi: “Preach the Gospel at all times; use words if necessary.”

Because of that spiritual formation, Catholic schools are a great place to be, stressed Father Jozef Kovacik, Pastor of Saint Matthew Parish and School in Tyrone.

“We work together to accomplish more for the glory of God,” he observed. “Our schools are communities dedicated to building respectful and responsible citizens. The positive learning environment is vital in today’s world where Christian values are attacked and ridiculed. Our Catholic schools are families of learning based on the life and teachings of Jesus Christ.”

As Parochial Vicar at Our Lady of Victory Parish and School in State College and Chaplain at Saint Joseph’s Catholic Academy in Boalsburg, Father Jonathan Dickson sees firsthand the powerful impact of Catholic education.

“It allows an atmosphere where each student can embrace his or her inherent dignity while recognizing that same dignity in those they encounter,” he mentioned. “Having embraced their true humanity, they grow to become disciples built in the image and likeness of Jesus Christ. Going forth from our schools, they become ‘other Christs’ to a world in desperate need of His healing.”

In these unsettling times, a Catholic education is truly an investment in our youth, Father Lange insisted.

He and his brother priests are honored to walk with Catholic school families and keep students laser focused on that ultimate goal of sainthood.

“Given the circumstances we’re in, it is going to be even that much more challenging for our young people, and I think we really have to be devoted to giving them the tools whereby they can go out into an admittedly hostile world and live the faith and witness to the faith,” he said.  “Preparing them for that is critical to my role as a priest and a pastor.”

[Photo: A student at Saint Michael School in Loretto poses as Saint Joan of Arc during the school’s annual parade of saints on All Saints Day 2019. Each year, each third grade student dresses as a particular saint and educates the entire school about that saint. A similar activity occurs at other Catholic schools in Altoona-Johnstown, one of many ways students learn about and celebrate their faith.] 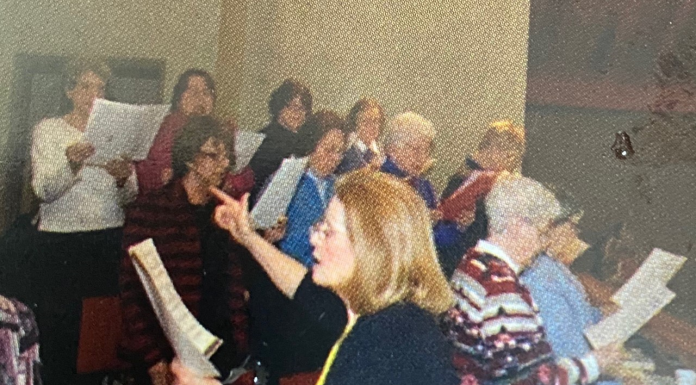