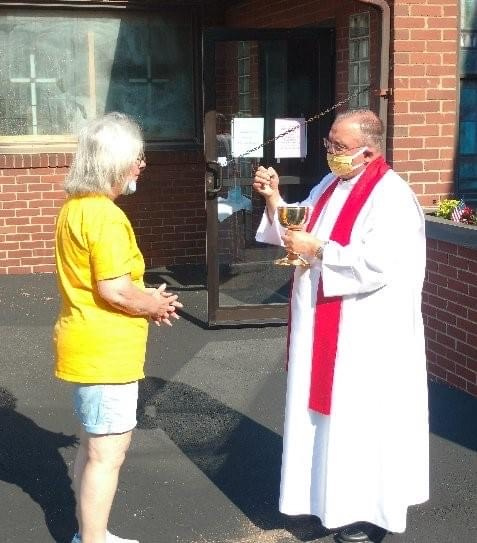 None of us have a crystal ball, so we cannot know what is going to happen next in our COVID-19 world.

We can, however, look at what we have done and where we are right now as Church, and the Very Reverend Leonard Voytek, VF, sees his faith community in a very encouraging space.

Like other clergy, Father Voytek, Pastor of Saint Mary Parish in Nanty Glo, has started distributing Holy Communion outside of Mass.

​“People are yearning for the Eucharist, and I expect a nice turnout this weekend,” he predicted.

Father Voytek is offering Communion outdoors after live-streaming parish Masses, and after the Proclaim! TV Mass on Sundays.

Bishop Mark has directed that pastors and administrators may begin celebrating public Masses on the weekend of June 13-14, but Father Voytek is holding off until June 17 to be sure that his parish is fully prepared to safely and appropriately move forward in this time of pandemic.

One of the reasons he is comfortable waiting a few days is the success of his parish’s outreach over the past months.

Saint Mary was one of the first parishes to live-stream Masses after public liturgies were suspended in mid-March. Since then, the parish has also regularly live-streamed various devotions and other spiritual opportunities. It also has an active social media presence. ​

Father Voytek noted that former parishioners who now live in other states have the opportunity to watch the live-streams, and he has received much encouragement from locals.​

“The live-streaming has kept the Church together,” he said. “It’s kept the Church alive and connected during this time. Our collections have been pretty good. We’ve done well, and that’s been encouraging. People haven’t forgotten the Church.”

Like other pastors, Father Voytek plans to continue live-streaming in the future.

“It seems we’ve reached people who didn’t go to Church, and hopefully some of those people are going to come back,” he noted.

And for shut-ins, live-streaming is a blessing.

“This is their church, and I’m their pastor,” he stressed. “That’s important – that connection to your local church, and that’s why the live-streaming has been so important. They feel connected. That means so much in this time of isolation.”

As Father Voytek looks to resume public Masses, he realizes that some of his elderly parishioners may still be hesitant to return. Time, he suspects, will ease their concerns, and he is optimistic about the future.

“The faith has not died,” he insisted. “It’s strong, and people have tried to stay connected. Thank God for TV and social media.” 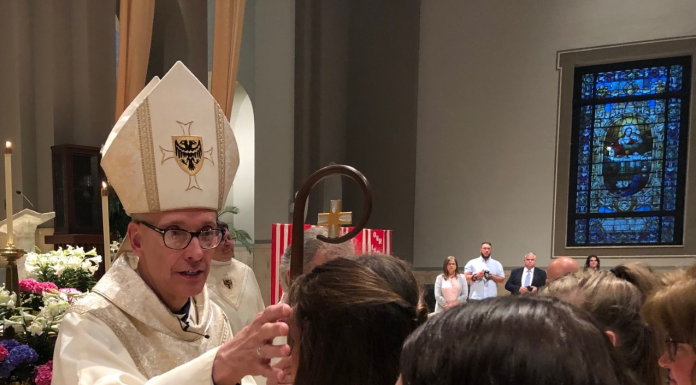 The Light of the Lord Accompanying our Entire Earthly Life – If We are...