VATICAN CITY (CNS) — While a Synod of Bishops is not a parliament and its preparatory process is not “an opinion poll,” Pope Francis insisted that involving as many people as possible in the process and prayerfully listening to all of them is the only way to recognize the call of the Holy Spirit.

“I underline this because sometimes there is an elitism” among priests and bishops “that causes them to separate themselves from the laity,” the pope said Oct. 9 as he opened a day of reflection at the Vatican as part of the official launch of the process that will lead up to the assembly of the Synod of Bishops in 2023.

Widespread involvement “is not a matter of form, but of faith. Participation is a requirement of the faith received in baptism,” Pope Francis insisted during his talk to cardinals, bishops, priests, religious and laypeople meeting in the Vatican Synod Hall.

“Without real participation by the people of God, talk about communion risks remaining a devout wish,” he said. “In this regard, we have taken some steps forward, but a certain difficulty remains, and we must acknowledge the frustration and impatience felt by many pastoral workers, members of diocesan and parish consultative bodies and women, who frequently remain on the fringes.”

The attempt to create a new synod process, one that involves everyone and attempts to give the entire church a “synodal” character of widespread consultation and group discernment, he said, carries “certain risks.”

The first, the pope said, is that of making the whole process a show that is only apparently one of all participants praying and listening for the Holy Spirit’s message by listening to each other.

Without attention to the Holy Spirit, he said, the process is simply a formality, it “would be like admiring the magnificent facade of a church without ever actually stepping inside.”

Other risks, he said, include turning the synod into an intellectual exercise where no one listens and everyone sticks to their opinions, “ending up along familiar and unfruitful ideological and partisan divides” that do not respond to the Holy Spirit and people’s needs and concerns and “paralysis, the attitude that says: ‘We have always done it this way’ — this is poison in the life of the church.”

If done prayerfully, openly and with widespread involvement, Pope Francis said, the process could help build “a synodal church, an open square where all can feel at home and participate,” a church that listens to the Holy Spirit and one another.

“May this synod be a true season of the Spirit,” he prayed. “We need the Spirit, the ever-new breath of God, who sets us free from every form of self-absorption, revives what is moribund, loosens shackles and spreads joy.”

“The Holy Spirit guides us where God wants us to be, not to where our own ideas and personal tastes would lead us,” he said.

Pope Francis quoted the late Dominican theologian, Father Yves Congar, who said, “There is no need to create another church, but to create a different church.”

“For a ‘different church,’ a church open to the newness that God wants to suggest,” he said, “let us with greater fervor and frequency invoke the Holy Spirit and humbly listen to him, journeying together as he, the source of communion and mission, desires: with docility and courage.”

Welcoming participants, including those following on Zoom because of COVID-19 travel restrictions, Cardinal Mario Grech, synod secretary-general, said his office has seen great enthusiasm for the synod process.

However, he said, some people are not convinced.

“I sense the difficulty of some brothers and sisters who still feel uncertain and afraid in the face of this path, deliberately left open as to the so-called decisions to be made. I address them fraternally, saying: Do not be afraid to let us know your fears,” the cardinal said. “The synod secretariat is also here to listen to your perplexities and fears: They can be beneficial to this synodal process.”

Christina Inogés-Sanz, a theologian from Spain, told the gathering that the entire synod process is meant to be a spiritual exercise, with prayer imbuing every moment from listening sessions on the diocesan level to the gathering of bishops in 2023 and the implementation of decisions they and the pope make.

“All the people of God are summoned, for the first time, to participate in a Synod of Bishops,” Inogés-Sanz said. “All those to whom we did not know how to listen, who left us without us even missing them; they also are invited to make their voices heard, to send us their reflections, their concerns and their pain.”

She prayed that God would “teach us to be better Christians. Teach us to recover the essence of Christian community, which is communion, not exclusion.”

Cardinal Jean-Claude Hollerich of Luxembourg, named by the pope to be the relator general of the synod, encouraged his fellow bishops to be open to listening to everyone and to hearing the Holy Spirit speaking through them.

“We are not the masters of the Gospel; we are its servants,” he told his fellow bishops. “Our listening must always include our conversion to the Gospel, the Gospel that is, at the same time, both the living word of Christ and the word of the church. The bishop proclaims the Word of God in his homily only after having listened to Christ and the church. It is this same attitude of listening that characterizes our role in the synodal journey.”

Cardinal Grech, before sending participants off to share their reflections in small groups, shared an idea he said he had been pondering.

“I wonder, what if, instead of ending the (2023) assembly by delivering the final document to the Holy Father, we were to take another step, that of returning the conclusions of the synodal assembly to the particular churches from which the whole synodal process began?” he said.

The final document would still be given to the pope, “who has always and by all is recognized as the one who issues the decrees” resulting from a synod or council, he said. But if it were sent back to Catholics on a local level first, it would “manifest at one and the same time the consent of the people of God and of the College of Bishops.” 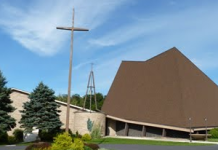 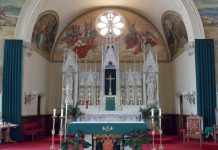 Support of CMD Allows Diocese to Accompany Youth on their Faith...

Gossip is Tool of the Devil to Divide the Church, Pope... 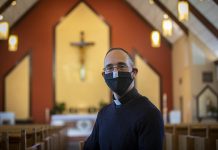 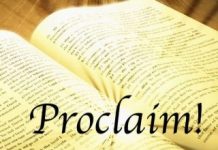 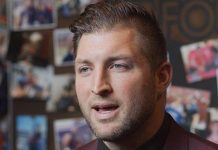