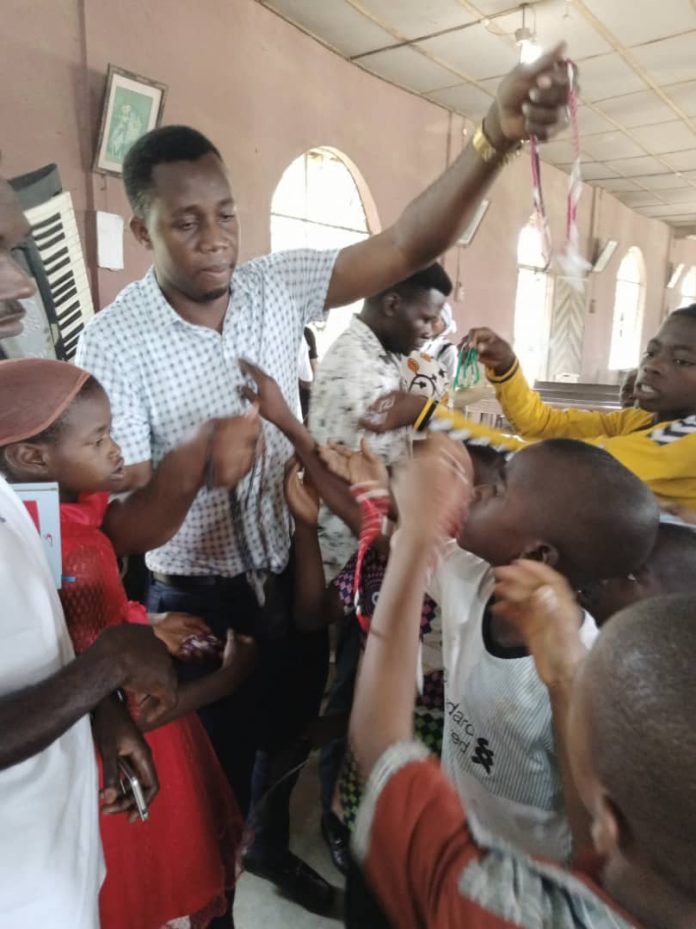 A very troubled part of the world is experiencing the love of Christ this Christmas thanks to some generous hearts in the Diocese of Altoona-Johnstown.

For much of this year, Linus, a Nigerian seminarian, has fostered a moving relationship among the Permanent Diaconate community in the diocese and parishioners of Saint Benedict Parish in Johnstown.

The friendship formed after Linus began watching the Saint Benedict Masses posted on social media in the early days of the pandemic.

Despite dangerous political unrest in the region where Linus ministers, he continues to spread the Good News of Jesus Christ with the faithful there.

“Recently, he received a large order of rosaries and other prayer and devotional material from Saint Benedict,” reported Deacon Michael Russo, in diaconal service at the parish and Director of the Permanent Diaconate in Altoona-Johnstown. 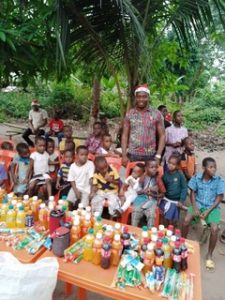 Deacon Russo and Linus became fast friends when Linus reached out to him in the spring. Since then, Deacon Russo and others have worked hard to support Linus in his ministry.

“With assistance from generous donors, they were able to send 4,000 rosaries, 2,500 prayer cards, 119 masks, 265 scapulars, and other religious items to Nigeria,” Deacon Russo said. “The shipment arrived and Linus and his seminarian brothers are now distributing the rosaries and devotional items to all the villages they visit. In addition, the generous donors contributed funds so that food could be purchased for the widows and children.”

Sadly, as Linus was distributing items this week, his car was attacked and there was other violence in the street, but Linus managed to escape.

“This is a really bad situation,” noted Deacon Russo. “Please continue to pray for our brothers and sisters in this very dangerous part of the world.”

Shipments of similar spiritual items were sent courtesy of the Altoona-Johnstown Diaconate community and Saint Benedict Parish earlier this year, as well, and his relationship with the diocese shows no signs of slowing. In fact, the bond among the parties seems to truly capture the spirit of this Christmas season and the power of Christian unity.

Bishop to Clergy: “Do Not Make Any Changes” In Response to...