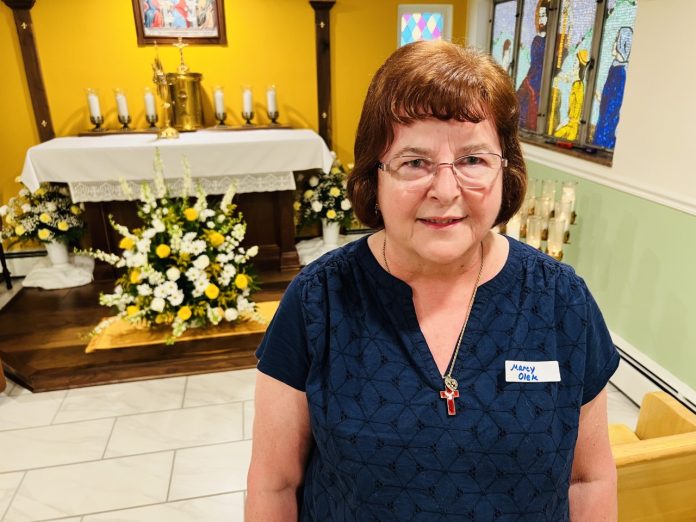 Marcy Olek loves being a parishioner at Saint John Gualbert Cathedral in Johnstown, where she is a member of the choir.

The real high note in her life, however, is her devotion to the Eucharist, and she finds herself in perfect harmony with Christ not only at the Johnstown Cathedral, but also at another parish not too far from there.

That faith community is Saint Andrew in Johnstown, which boasts something unique in the Diocese of Altoona-Johnstown – an Adoration Chapel open around the clock Sunday evening through Saturday morning.

The sacred space is drawing Olek and others from around the diocese to spend quiet time with Lord through Adoration of the Blessed Sacrament any time of the day or night.

“The Eucharist has given me such strength and courage during a difficult period of my life,” Olek explained. “I felt called to come here to the Adoration Chapel at Saint Andrew in addition to Mass at Saint John Gualbert. Here, it is so special in that the Eucharist is exposed, and it’s a one-to-one experience with the Lord. It means everything to me.”

When a perpetual adoration chapel at nearby Saint Patrick Parish in Johnstown closed due to COVID-19 and the retirement of the pastor, a deep void was left among those who frequented the site.

Recognizing that he had a viable location in the chapel of the former Saint Andrew convent, Father Peter Crowe, Pastor of Saint Andrew, and a team of supporters rolled up their sleeves and lovingly transformed the space into a new Adoration Chapel that is safe and welcoming to all.

It opened on August 15, 2021, the Solemnity of the Assumption of the Blessed Virgin Mary.

Earlier this month, the parish celebrated the one year anniversary of the chapel by hosting a dinner for the committed or regular adorers – those who sign up to be present for a particular block of time each week assuring that someone is always present with the Eucharist.

“It’s amazing to look back and see how the chapel started a year ago,” Father Crowe mentioned. “It’s a tremendous grace. It’s comforting to know that there is someone always praying before the Blessed Sacrament. We have people coming from all over – Ebensburg, Somerset, New Baltimore – even in the middle of the night. We have some families who bring their children. It’s amazing to see the prayer requests that are answered.”

The invitation to the Saint Andrew Adoration Chapel, or Adoration at any parish, is especially timely during this period Eucharistic Revival in the Catholic Church in America over the next three years. Bishops in the United States are encouraging Catholics to use this time to draw closer to Christ through the Eucharist.

Father Crowe relayed a conversation with a woman who assured him that her time with the Blessed Sacrament in the best part of her week and definitely the calmest.

During Olek’s time of prayer at the Adoration Chapel, she became increasingly aware that Jesus wants all of us to let Him love us.

“The Eucharist is that which makes us one,” she added.

Olek hopes to continue making beautiful music with the Lord as she continues to cherish His True Presence in the Blessed Sacrament and quite time at the Saint Andrew Adoration Chapel. 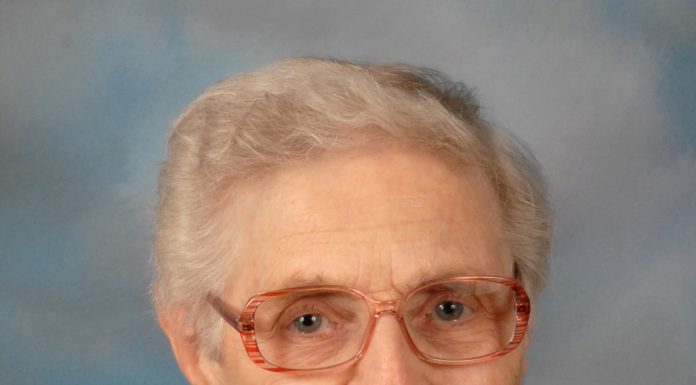 Journey of Grace: A Series Spotlighting the Journey Toward the Catholic Faith