Catholic Charities of the Diocese of Birmingham, Alabama, is working with at least 60 families whose homes sustained damage in a spring tornado.

Additional outreach is planned to dozens of Hispanic families living in areas south of Birmingham, said Sister Gabriela Ramirez, director of disaster services for the agency and a member of the Guadalupan Missionary Sisters of the Holy Spirit.

Sister Ramirez expressed particular concern for dozens of Hispanic families living south of Birmingham and in the town of Pelham. No injuries were reported, but homes were destroyed and people lost most of their possessions and clothing, she said.

“A lot of them are not helped yet. They don’t speak English so they can’t request help from the government. We’re trying to contact them,” she told Catholic News Service March 26.

Two parishes south of Birmingham were near the path of one of the twisters. At Our Lady of the Valley Parish in Birmingham, phone service remained out the afternoon of March 26, and minor damage was being repaired from a tree that had fallen on the rectory, said Donald Carter, diocesan spokesman.

Parishioners at Our Lady of the Valley planned to donate the money raised from its regular Friday fish fry March 26 to aid disasters victims.

No damage was reported at St. Mark the Evangelist Parish, located a few miles from the Eagle Point subdivision where several homes were destroyed.

The diocese had received about $10,000 in pledges from donors during the first 24 hours after the storms, she added.

At least eight tornadoes raked through neighborhoods and small towns beginning in the southwestern part of the state the afternoon of March 25 and continued northeastward into Georgia. Authorities said six people died in the storms.

The most severe damage was reported in Shelby County, southeast of Birmingham, and Calhoun County in the eastern part of the state. 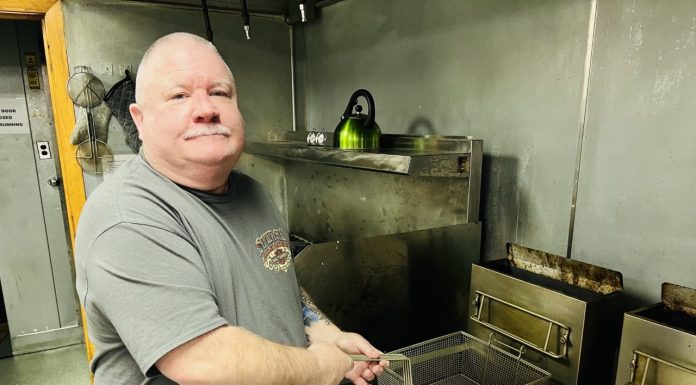