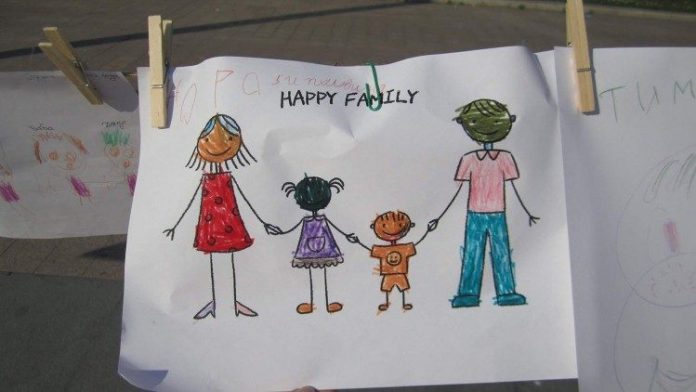 Natural Family Planning is a very personal topic, although some people are more comfortable talking about it nowadays. But why bother saying anything about it at all? Well, this is Natural Family Planning (NFP) Awareness week! Maybe people aren’t aware of what NFP is, or that this is the option for Catholics, or maybe it would be helpful for people to know I profess Church teaching about it. I think most faithful Catholics are sick of the sunshine and roses promotion of NFP in some circles, which denies any negative aspects at all. I’m also pretty sick of all the “hot takes” in recent years about how bad NFP is, and all the regret about it being Church teaching. I’m usually always silent about this topic, so I guess I just didn’t want to be silent anymore.

You may have heard that the Catholic Church forbids the use of contraception and any artificial methods of birth control (unless for medical reasons). And you’d be right! This is true. If you’d like an explanation as to how this could be possible, read Humanae Vitae.

It’s a relatively short document, and it spells it all out.

Pretty countercultural in a culture where birth control is considered to be a given, right? Yeah, it is. Does this mean Catholics are required to have as many kids as they are biologically able?! Just keep “popping out kids,” as many people like to describe it?

Pope Saint John Paul II talked about this, specifically, in his Angelus address of July 17, 1994:

“Unfortunately, Catholic thought is often misunderstood … as if the Church supported an ideology of fertility at all costs, urging married couples to procreate indiscriminately and without thought for the future. But one need only study the pronouncements of the Magisterium to know that this is not so.

“Truly, in begetting life the spouses fulfill one of the highest dimensions of their calling: they are God’s co-workers. Precisely for this reason they must have an extremely responsible attitude. In deciding whether or not to have a child, they must not be motivated by selfishness or carelessness, but by a prudent, conscious generosity that weighs the possibilities and circumstances, and especially gives priority to the welfare of the unborn child.

“Therefore, when there is a reason not to procreate, this choice is permissible and may even be necessary. However, there remains the duty of carrying it out with criteria and methods that respect the total truth of the marital act in its unitive and procreative dimension, as wisely regulated by nature itself in its biological rhythms. One can comply with them and use them to advantage, but they cannot be ‘violated’ by artificial interference.”

He covers it all so well, and succinctly. A really nice follow up to Humanae Vitae. (Still haven’t read it?! Go back up to the link and do it! It’s not that long!)

You may look at me and say, “Uhhh…Carrie?! You have SIX KIDS. You are exactly the type of person that people point to and laugh at when they say NFP doesn’t work and Catholics just keep popping out kids indiscriminately. You are a TERRIBLE poster woman for NFP.”

Yeah, I can admit the optics aren’t great. I get it. I do. If I were to get up in front of a group of people and say, “Yay NFP! And, oh yeah, I have SIX KIDS!” Their eyes would widen and roll into the back of their heads. I’m a reasonable person; I get it.

But did you know that on one of our very first dates, I told Derek I wanted to have “at least six kids”?

Did you know that every single one of my pregnancies was planned? (No, you can’t plan for twins, but the pregnancy itself was planned, and I was THRILLED to find out they were twins; that meant I got the “at least six kids” I always wanted!)

Did you know that if we hadn’t been using NFP, I could very well have 9 or more kids by now, because we got pregnant on the first try each time? (Not that I’d be sad about that many kids, but we also have reasons why we can’t have so many right now!)

NFP, “Natural Family Planning,” aka “Fertility Awareness,” is just a way of timing periodic abstinence around a woman’s naturally infertile periods. Self-sacrifice is involved, yes. It’s not always easy, no, and many Catholics have been frank about the difficulties of NFP in their lives. I think it’s GOOD to be frank about the difficulties. But I also think, as Catholics, we should dispose our hearts toward obedience to God. NFP, despite how much I sometimes hate needing to use it, has actually been a really huge blessing in our marriage, and honestly, it just MAKES SENSE to me.

Does NFP result in surprise pregnancies? Sure it can. Contrary to common misinformation, though, this is NOT why the Church permits use of NFP, because it’s “more likely to fail.” No no no. That has nothing to do with it, and used as indicated, NFP has very high success rates. NFP surprise pregnancies are more likely when a couple hasn’t been working with an instructor, or if they don’t use the method exactly as indicated. Not always, but that’s when it’s more *likely,* so that’s why working with an instructor, vs being self-taught, is always recommended.

That being said, NFP success rates are good. As much as most secular people often downplay the success rates (often because they use data from outdated methods; though to be fair, the tide seems to be turning and mainstream folks are starting to take fertility awareness methods seriously), the success rates from the most frequently used modern, scientific methods are high, and range from about 98% to almost 100%. [Sources: Creighton: Hilgers 1998, Howard & Stanford 1999; Sympto-Thermal: Frank Herman 2007; Marquette: Fehring 2007, Fehring et al. 2012. There are more, these are from an old pamphlet.]

I’m here to tell you that there is so much wisdom in the Church’s teaching about this. I’m not only NOT resentful about it, I actually PREFER it. If artificial birth control was suddenly permitted for Catholics to avoid pregnancy, I’d still choose NFP. That doesn’t mean it’s always easy, but you know what? Sometimes that’s how life goes. The Church fasting periods aren’t easy, either! But they’re ALWAYS spiritually fruitful if we open our hearts in obedience to God. I have found the same to be true with NFP, particularly when I open my heart to God and accept it as a form of asceticism. Built-in opportunity for theosis? YES, PLEASE!

When I was in the convent, our chaplain was an Irish Dominican canon lawyer priest who had worked in the Vatican for 35 years. He was the founding editor of the English edition of L’Osservatore Romano, the Vatican newspaper. He was there when Humanae Vitae was first promulgated, and his paper offered the first English translation. I’m incredibly grateful for the insight he gave me about this teaching, what led up to it, and the later fallout. He was THERE, at ground zero. He knows the inside story. And he helped me understand all of it in such a way that it’s crystal clear in my mind. I only wish I had his teaching ability, so I could convey that same clarity about it to others, too.

This teaching is also uniquely Catholic. What was originally taught by all Christian Churches for centuries is now only held by the Catholic Church. I’m proud to be a member of a Church that stands firm in what it believes to be true, despite the world clamoring for it to change. In a world where license is the default, it’s actually good to hear “no” sometimes, even if we bristle at it.

If you would like to learn more about Natural Family Planning, contact the Family Life Office, where you can be connected to a qualified instructor in the area who can answer your questions.

Carrie Chuff is a proud wife and mother of six amazing kids and attends Protection of the Blessed Virgin Mary Parish in Revloc, PA. 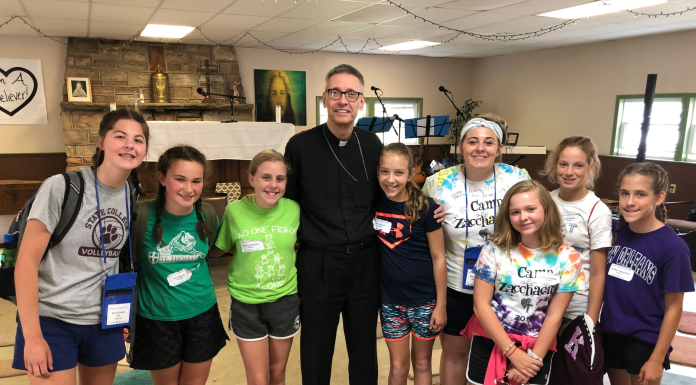