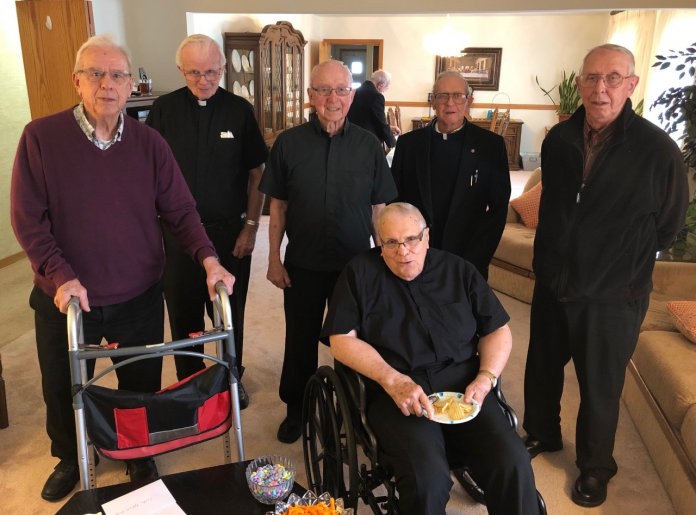 It was a reunion 15 years in the making, and one that chokes up Father Carl Spishak to this day.

One afternoon many years ago, while he was in his parish office, a man came to the rectory door. The visitor told the secretary he was looking for a “Father Carl.”

When the two came face-to-face that day, the gentleman shared that he had been looking for Father Spishak since the two crossed paths 15 years earlier.

At the time of their original meeting, Father Spishak was ending a military assignment in Norfolk, Virginia, and the man reached out to the priest.

He was greatly troubled, and although he did not admit it to Father Spishak at that time, was apparently contemplating suicide.

During their reunion, the man reminded Father Spishak how he took the time to listen and direct him to help. He also reminded Father that he urged him to not take his life.

In gratitude and wonder all those years later, the man asked Father Spishak, “How did you know I had a gun under my seat?”

Powerful encounters such as that are flooding back to Father Spishak as he and five of his brother diocesan priests mark the 60th anniversary of their ordination.

Each year, the six priests gather to mark another milestone. This year, however, the celebration was especially reminiscent.

Three other men – now deceased – were also ordained in 1959, making it the largest ordination class in diocesan history.

On their anniversary, Father Spishak celebrated Mass at Saint Rose of Lima Parish, where he is a senior priest in residence. After Mass, the six enjoyed fellowship and dinner.

Monsignor Gaus cited his 11 years teaching at Bishop Carroll Catholic High School in Ebensburg as among the best years of his priesthood.

Among Monsignor Gaus’ engagement was two terms as Mayor of Tunnelhill Borough.

Monsignor has also devoted much of his priesthood to raising money and caring for the needs of our brothers and sisters in Haiti.

“We were able to serve the people and people appreciated our service,” said Father Boslett as he looked back at six decades.

“I’ve been happy because I have served in many different ways in the diocese,” noted Father Robine. “This is what I have enjoyed and what I love to do.”

“It seems the great variety that God gave me brought the joys of life,” he added. “I hope in God’s sight I have done worthy service and practical service that would have been of help to Jesus.”

All of the priests recognize that they have had the good fortune to be present for others at key moments in the lives of individuals and families, such as Baptism and Marriage.

“A priest strengthens his own faith and strengthens others’ faith to lead them to the Kingdom,” Father Bendzella explained.

And, oh, how times have changed since these priests were seminarians.

“I was in the seminary for 12 years and my total bill was $10,000,” Father Bendzella recalled. “That won’t even get you a year in a seminary today.”

During the homily at their Mass of Thanksgiving, Father Spishak read from some past homilies of the late Monsignor Linford Greinader – a longtime Pastor of Our Mother of Sorrows Parish in Johnstown.

In one of his homilies, Monsignor Greinader spoke about the characteristics of priests, and he invoked the profiles of some of the priests now marking 60 years.

It was a trip down Memory Lane.

“Gentleman, I feel honored to be able to read this again on this occasion,” Father Spishak addressed his fellow jubilarians. “I don’t know how long we can keep getting together. This tradition was started almost 60 years ago. Thanks for coming.” 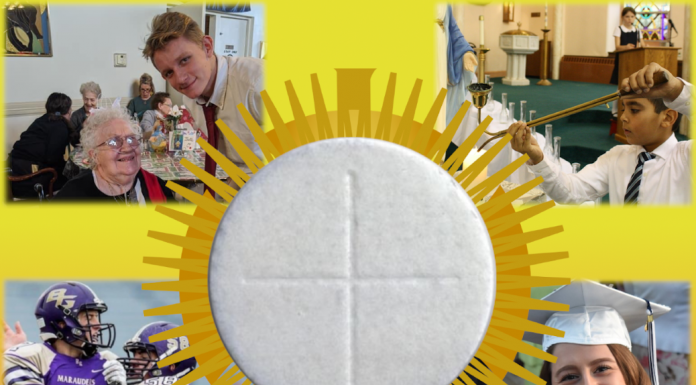