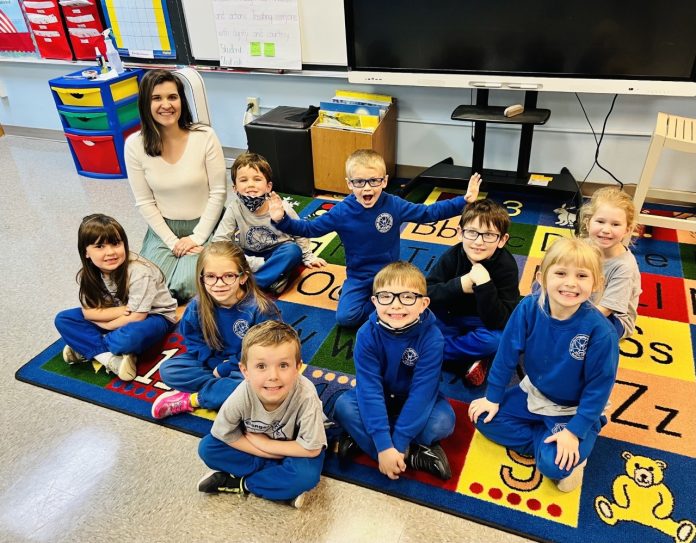 The Kindergarten class at Saint John the Evangelist School in Bellefonte loves playing with building blocks during their morning recess.

At other times during the school year, however, the children are busy building a very special bond with future priests.

“We all talk about how we need more seminarians and priests,” Anderson stated. “What better way to get our kids talking about seminarians and our vocation in life than to have them actually write to real-life seminarians?”

And sometimes, a seminarian writes back to his young pen pal.

“Every time we get a new seminarian letter, the kids are so excited,” the teacher noted. “We often start Religion class with that seminarian letter. I’ll say who it’s for, and everybody cheers for that person. Often, the seminarians will send not only a letter, but also a prayer card or something else that’s meaningful to them.”

Earlier this year, little Nathan Snyder wrote to Diocese of Altoona-Johnstown seminarian Deacon Brian Norris, who is scheduled to be ordained to the priesthood on May 28.

Nate’s letter, like the others, is beautifully simple and moving.

Dear Brian, From Nate. What does it take to be a priest? I don’t know what it takes to be a priest. What’s your favorite Bible verse? I am praying for you.

Jacob Gindhart was the lucky diocesan seminarian who received a letter from Ali Nasoni.

Sadie Brown wrote to seminarian Justin Treon, who will be ordained a transitional deacon in June.

Dear Justin. My name is Sadie. What is your favorite color? I like to read books. I am praying for you.

Peter Levandoski is pen pals with diocesan seminarian John Roy. Peter hasn’t met Roy, but he knows Roy is studying to be a priest, and Peter knows something very important about priests.

“They’re really special because they teach me about God,” he explained.

“I like to play Minecraft,” little Owen informed Kroell, who responded with a letter back.

Dear Owen, Thank you so much for sending me a letter! I was so excited when I saw your letter in my mailbox here at the seminary. To answer your question, my favorite game is probably Minecraft, too! I also like to play Madden Football! My favorite prayer is probably the Memorare. Memorare means “remember” in Latin. I have included a bookmark with the Memorare on it as a gift for you! Thank you so much for your prayers, and know that I am praying for you! Sincerely, Max Kroell.

“I’ve known for a couple of years that the Kindergarten class sent letters to the seminarians,” Kroell said. “When I entered seminary, it crossed my mind that I might get a letter from the school kids, and I did. It means a lot that even Kindergarten students are not just praying for me, but all my diocesan brothers, and that means a lot. The fact that they’re interested in us is wonderful.”

The Diocese of Altoona-Johnstown encourages all of our Catholic school students and others to follow the outstanding lead of the Saint John the Evangelist students by not only praying for our seminarians, but also sending them letters and cards of support.

Better than any structure the children build with blocks during recess, all of us have the opportunity to build a bond with our future priests that remind them people are thinking about them and praying for them on their journey.

Editor’s Note: Watch more of this story, including comments from the adorable  Kindergarten students at Saint John the Evangelist School in Bellefonte, on Proclaim! TV on May 1 at 10:30 a.m. on WATM ABC 23. 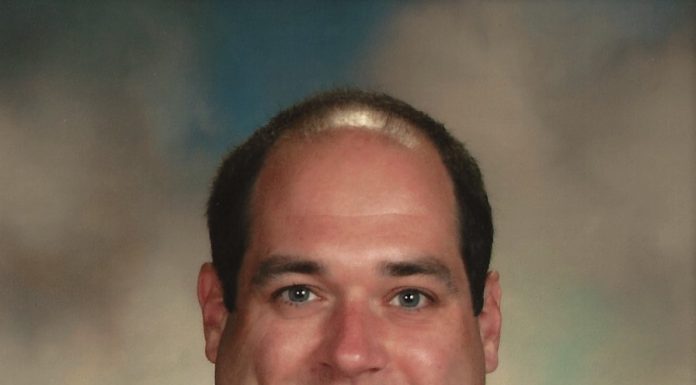