WASHINGTON (CNS) — One of the most frequently expressed questions during an international religious freedom symposium Nov. 19 was whether the attention granted to religious freedom during the past four years would continue with the next administration.

“As the church, we are nonpartisan and do our best, always, to stay free of politics,” said Chaldean Archbishop Basha Warda of Irbil, in the Kurdistan region of Iraq.

He noted that “the present administration has stayed focused. Will this continue? We pray that it will be so.”

With fewer than 250,000 professed Christians in Iraq, “it is likely we will disappear by the time the world chooses to look at us again.”

“This (Trump) administration has been clear in support of us,” Archbishop Warda said. “We hope and pray that this solidarity may continue.”

He said he was “looking for signs” in the administration of President-elect Joe Biden. “We hope to see clear messages for this issue.”

The afternoon symposium, “Act in Time: Protecting Imperiled Christians in Ancient and Other Lands,” was held by the Anglosphere Society in collaboration with the Hudson Institute, the Knights of Columbus, the Institute For Ancient and Threatened Christianity and the Catholic Near East Welfare Association.

“It would be a sad day to see Christians no longer welcome in their own homeland,” said Maronite Bishop Gregory J. Mansour of Brooklyn.

Although there has been a resurgence of anti-Semitism in Europe, “there’s no escaping the fact that Christians are singled out in far more places,” said Cardinal Timothy M. Dolan of New York.

Cardinal Dolan said issues involving persecution of Christian communities in the Middle East, as well as India, “have all been part of this administration’s outreach when it’s been brought to their attention.”

He said that included Secretary of State Mike Pompeo, who has given “a particular attention” given to Orthodox churches.

On Nov. 17, Pompeo, on a seven-country tour of Europe and the Middle East, met with Ecumenical Patriarch Bartholomew of Constantinople in Turkey. In a tweet, Pompeo called the Orthodox leader “a key partner as we continue to champion religious freedom around the globe.”

“We’re one of the most blessed communities of faith on the planet … but we can’t stop there,” Cardinal Dolan said. “So we have to become advocates and champions for those who have been brought to our attention again. We encourage, constantly, intercession for the persecuted. We also want to make people aware of the suffering with all the means at our disposal.”

“We here in the United States have our legitimate and ongoing struggles to protect our freedoms,” Cardinal Dolan told Mideast Christian leaders participating in the forum. “Your suffering must become ours as well.”

Robert Nicholson, president and executive director of the nonprofit Philos Project, which promotes Christian engagement in the Near East, said he had been struck by the sight of Armenians who held hands to sing hymns after Holy Savior Cathedral, the Armenian Apostolic cathedral in Shusha, was bombed during recent fighting with Azerbaijani armed forces.

“Here’s a small remnant of a Christian community that’s been beaten down by two American allies,” he said.

Nicholson also noted the “very complicated entanglement of Christians in Muslim countries” that the White House “is afraid to meddle with” because the relationship with the United States “is so fragile.” He said that included Turkey.

“The time to do something is now. Unfortunately, our leaders, our policymakers are so interested in keeping Turkey in the West … they turn a blind eye to this sort of thing,” Nicholson said. 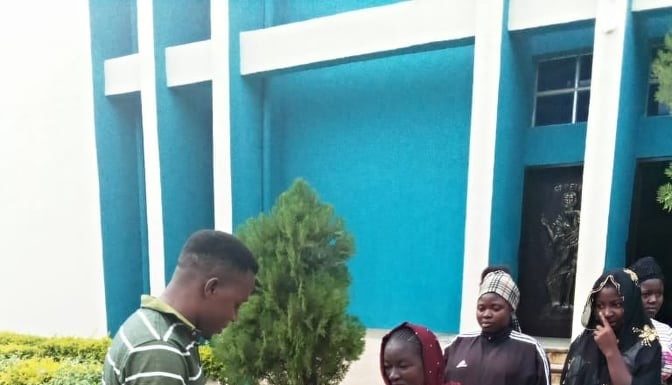 Journalist Tells of Look nto Abuse Report, What Lies Ahead for...