NEW HAVEN, Conn. (CNS) — The new CEO of the Knights of Columbus said the international fraternal organization’s members “are poised to lead the way toward recovery and a future of renewal.”

“The coronavirus pandemic is finally receding. … What a time to continue the work that Blessed Michael McGivney began. What a time to be a Knight,” Supreme Knight Patrick E. Kelly said June 11 in an address opening the Knights’ meeting of the organization’s state deputies.

Leaders of the Knights from every U.S. state and around the world attended the meeting in New Haven, site of the Knights’ founding and its first in-person gathering since the start of the pandemic.

In addition to the joint installation of Kelly and all attending state deputies, a first for the Knights, the meeting also included the installation of new Deputy Supreme Knight Paul G. O’Sullivan.

In another historic first for the Knights, Patrick T. Mason, a member of the Osage Nation, was installed as the first Native American supreme secretary. Mason, his wife, Rachel, and their five children recently relocated from the Diocese of Gallup, New Mexico, to live near the Knights’ national headquarters in New Haven.

Kelly was elected Feb. 5 to succeed Supreme Knight Carl A. Anderson, who retired Feb. 28. He thanked his predecessor for his leadership during his 20 years as supreme Knight.

“No one has done more to serve and strengthen the order than our past Supreme Knight Carl Anderson,” Kelly said. “For two decades, he led the Knights from strength, to strength in charity, unity and fraternity.”

That strength was reflected in the Knights’ response to the pandemic, according to Kelly.

“Knights across the world poured their energies into the Leave No Neighbor Behind initiative,” he said. “We helped neighbors near and far, through millions of dollars in direct relief, hundreds of thousands of pounds of donated food, and countless acts of kindness and concern. We proved that ‘leave no neighbor behind’ isn’t just a phrase.”

As shutdowns end and economies recover, Kelly also emphasized the importance of Knights assisting their parishes with getting parishioners back to church.

“Our goal is to get our councils and our parishes back to normal as quickly as possible,” Kelly said. “Nothing is more important right now to fulfilling our mission of strengthening Catholic families, providing for their financial needs and helping the vulnerable. Equally important is serving the church in this difficult time.

“Our pastors can count on us to help get their parishioners back in the pews. … The more we dedicate ourselves to Christ in the Eucharist, the more we will be a sign of unity in an age of division and disbelief.”

Kelly outlined two ways the organization plans to inspire the next generation of Knights through charity and spiritual growth.

“Young Catholic men are looking for ways to make a difference in the lives of others,” Kelly said. “They should find what they seek with us. When they see us doing our work, serving on earth as the hands and feet of Christ, they will be motivated to join us.”

He added that the Knights will seek to inspire ways for men to become better husbands and fathers. “It’s a model for future work,” he said.

Later in the day, Kelly delivered an installation address during a Mass at St. Mary’s Church in New Haven celebrated by Archbishop William E. Lori, the Knights’ supreme chaplain.

St. Mary’s Church is where now-Blessed McGivney (1852-1890) served for seven years and founded the Knights of Columbus in 1882. His remains are entombed in a sarcophagus near the entrance of the church.

He was beatified Nov. 1, 2020, becoming the first American parish priest to be declared “Blessed.”

In his installation address, Kelly consecrated his administration to St. Joseph and highlighted him as a singular model for the Knights in his roles as “guardian of the family” and “guardian of the truth.”

“The family faces an unknown and precarious future,” Kelly said. “Catholic families are struggling to live out their faith and raise their children amid a culture that is increasingly hostile to our beliefs. Catholic husbands and fathers, especially fathers of young children, need the encouragement and support of the Knights of Columbus.

“We can inspire them with the creative courage needed to keep their families strong in the faith. So let us, like St. Joseph, embrace our role as guardians of the family.”

He then went on to discuss St. Joseph’s role as a guardian of truth: “The truth that Joseph protected had a name: Jesus Christ, who is the truth incarnate.”

“As Knights, we too must serve this Truth. This is not easy in our day,” Kelly said. “Truths about marriage, about life in the womb, about the nature of the family and the meaning of freedom are often denied and even vilified. Yet, this makes our commitment to truth all the more important.”

“By standing for truth,” he continued, “we as an order will continue to be a sign of unity — the lasting and true unity that comes from a commitment to Christ above all other things. This unity in truth is grounded in the truth of the Eucharist, what the Second Vatican Council called the ‘source and summit of the Christian life.’”

In closing, Kelly passed on something he asked the Knights to remember when carrying out their work in their jurisdictions: “We know that Jesus Christ is really, truly present — body, blood, soul and divinity — in the Blessed Sacrament. Committed to our principle of unity, let us strive to serve Christ in the Eucharist.” 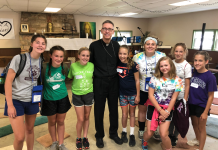 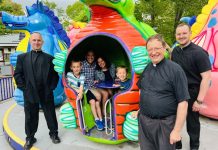 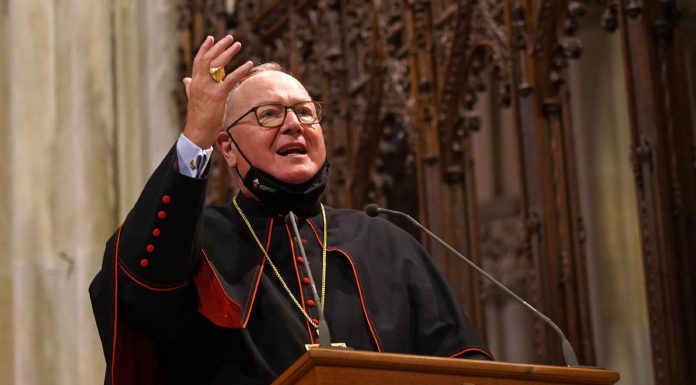 Bishops say Advent During Pandemic Can Be a Time to Draw...