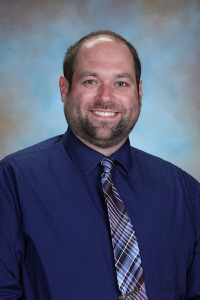 A few years back, in a deep philosophical discussion with my then five-year-old nephew, he asked me a profound question. He said, “Uncle Jonathan, what is your third favorite dinosaur?” Note that he did not ask what my favorite or even my second favorite was. He went right to the third. While I could easily name my first two choices, I struggled to come up with an answer for the third. After I provided an answer, I asked him, “Jackson, why did you ask me about my third favorite and not the first or second?” He said, “Because no one ever asks me my third favorite and I want to know everyone else’s.”

While discussions about ranking dinosaurs more than likely did not occur hundreds and thousands of years ago, the concept of choice has been a constant. According to legend, 1800 years ago lived a Canaanite man named Reprobus. Reprobus was a large, burly figure, standing seven and a half feet tall and reportedly had a fearsome face. While serving the king of Canaan, Reprobus became determined to seek out and serve the greatest king. He traveled to the king who was reputed to be the greatest and noticed that the king crossed himself at the mention of the devil. He then set out to find the devil so that he could serve him. He came across a group of thieves, one of which referred to himself as the devil. Reprobus chose to serve this man until one day he noticed ‘the devil’ avoided a roadside cross and possessed a deep fear of Christ. He left the man and sought out anyone who could assist him in learning about Christ. He came across a hermit who taught him about the Christian faith. Reprobus asked him how he could best serve Christ. The hermit suggested that with his great size, Reprobus could help people cross the nearby dangerous river and that this service would be pleasing to Christ.

One day, a small child asked Reprobus to help him across the river. Reprobus put the child on his shoulders. As they began to cross, the river swelled to a high level and a fast-moving current. The child also became as heavy as lead and Reprobus struggled to get to the other side. When they finally reached the other side, Reprobus said to the child, “You have put me in the greatest danger. I do not think the whole world could have been as heavy on my shoulders as you were.” The child replied, “You had on your shoulders not only the whole world but Him who made it. I am Christ your king, whom you are serving by this work.” At that, the child vanished.

Catholics today revere Reprobus under a more familiar name – Saint Christopher. Christopher, meaning “Christ-bearer”, is the patron saint of travelers and motorists. Many people keep a Saint Christopher medal in their vehicles, seeking his protection while traveling. As a young 16-year-old boy, I selected Christopher as my Confirmation saint. Do not ask me why I selected him back then, for I honestly do not know! I sweated it out at Confirmation, hoping that the bishop would not ask me why I chose that name, because I did not know what I would say! Now, several years later, I realize how important the guidance of Christopher has been in my life.

When he agreed to serve Christ, Christopher was unaware of what that choice would mean for his future. Not only did he have the encounter with the Christ-child, but his faith ultimately led to his martyrdom. I selected Christopher as my model saint 22 years ago, not knowing what that connection would mean for me.

The journey that we all take in life is never a straight path, nor are the directions clear. We often get lost, take a wrong road, follow bad instructions, refuse to ask for directions, and sometimes, we have an unfortunate accident. These are all learning experiences that put us where we are today, and the experiences we have today will lead us into tomorrow. It is often said, “The person we all have the least common with is the person we were 10 years ago.”

I have both a Saint Christopher medal in my vehicle and I also wear a chain with a blessed medal around my neck of Saint Christopher every day of my life. Not only do I believe that he shields me and protects me, but he also leads me to a greater purpose and calling of being a Christ-bearer. The most basic concept of being a Christ-bearer is to carry Jesus and His message into the world, living daily the lessons that He left for us.

Saint Paul left excellent directions on how to do this through his various letters in the New Testament. In the second chapter of the Letter to the Philippians, Saint Paul writes, “Therefore if there is any encouragement in Christ, if any consolation of love, if any fellowship of the Spirit, if any affection and compassion, make my joy complete by being of the same mind, maintaining the same love, united in spirit, intent on one purpose. Do nothing from selfishness or empty conceit, but with humility consider one another as more important than yourselves; do not merely look out for your own personal interests, but also for the interests of others. (Philippians 2:1-4)

In order to show our love for Christ and bear Him to the world, we must mimic His actions! While I hope that we are not put to death in the unfathomable way He was, our faith is still challenged daily. None of us will ever become Jesus Christ, but we can all become saintly followers of His message and example.

Just like Saint Christopher, we have a choice to make. We can choose to become a Christ-bearer, or we can follow nefarious demons. Unlike the story of Saint Christopher, the evil one does not go around announcing his name, but rather hides it in the form of sin. Although, in a recent homily I heard, the priest remarked that, “In the state of the world today, the devil does not even try to hide.” Remember that ultimately, the evil one is afraid of Christ, who is the greatest king, as Saint Christopher came to discover. Being a true Christian is not an easy task or taken lightly (ask Christopher!) but it is a path we all can follow by choosing to do simple actions daily.

My very dear and close friend recently asked me why I never say anything in response to someone who offends me. I said, “There is already one person upset, and I see no need in doubling that number.” If I can bear the pain and somehow use it for good, I feel as though I am “turning the other cheek” as Jesus instructed. However, attacks on the faith must be met with strong resistance. It is too easy to let evil slip into our daily lives, whether through external or internal forces. We are the Church Militant, locked in a never-ending spiritual warfare against the forces of evil. Achieving the goal of conquering evil takes a lifelong commitment, which is not an easy task, but attempting to do so would earn us a place as a saint in the Church Triumphant in Heaven.

No, I do not consider myself a saint or anything close to a saint, but I hope and pray to be one, as we are all called by Christ to do. Just like Saint Christopher, I set out to follow the greatest king, and his name is Jesus Christ. By living a life exemplifying Jesus, I hope to inspire others to join the Church Militant in the fight against evil. Jesus invites all of us to make this choice and encourage others to join us on this journey. In the end, we can hope and pray that our good deeds, thoughts, actions, and faith outweigh our sins.

Anyone who reads my articles, has been a student in my class, or knows me personally, understands that I truly believe that in order to change the world, one must begin with oneself and become the change. Small acts bring us closer to God. I believe that angels are in disguise among us all the time, and we never know when a simple act of kindness towards another may be in fact an act towards an angel. In Matthew 25:40, Jesus said, “Truly I say to you, to the extent that you did it for one of the least of these brothers or sisters of Mine, you did it for Me.”

Being a Christ-bearer means serving humanity as if they were Jesus, because we are each made in his image and likeness. Helping and assisting, without thought of reward, is pleasing to God. Let us each consciously make the choice to become Christ-bearers. Remember that even when the burden is heavy, God is there. In the case of Saint Christopher, the heavy burden was God, as can be the case for each of us. Being a Christ-bearer isn’t easy, but it is so worth it. I’m not a saint, but I want to become one.

And just in case curiosity still strikes you, my third favorite dinosaur is the Mosasaurus. 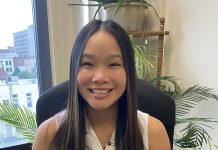 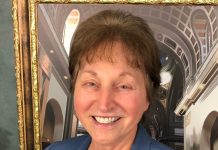 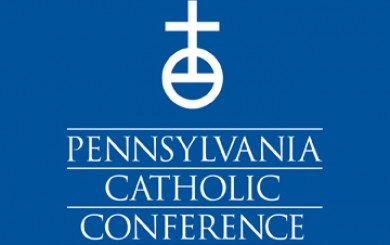