WASHINGTON (CNS) — Catholics in St. Petersburg, Florida, will need to get their napkins ready because some barbecue from Kansas City, Missouri, is coming their way.

A friendly wager between the bishops and two Catholic schools from the dioceses of the competing cities in Super Bowl LV put food on the line for the victory days before the Feb. 7 game, which ended with the Tampa Bay Buccaneers beating the Kansas City Chiefs 31-9.

Bishop Gregory L. Parkes of St. Petersburg and Bishop James V. Johnston Jr., of Kansas City-St. Joseph came up with their Super Bowl wager on the Feb. 2 episode of “Conversation with Cardinal Dolan” on Sirius XM’s The Catholic Channel, where they were talking about the upcoming matchup with teams from their dioceses.

On the show, they spoke about how Catholic schools in their dioceses — St. Elizabeth’s in Kansas City and St. Paul’s in St. Petersburg — were collecting cans of soup for a Souper Bowl food drive for local food pantries also had a game wager with each other. The school from the losing team would send the other school some local food: St Paul’s would send oranges and St. Elizabeth’s would send barbecue depending on the outcome.

When the bishops were asked if they had a similar wager, they said they hadn’t yet, but they came up with one while they were on the air.

Bishop Parkes said he could send some hand-rolled cigars from Tampa to Bishop Johnston if the Chiefs won. He also said he could throw in oranges or even strawberries, but the Missouri bishop said he was fine with just cigars.

Bishop Johnston reciprocated by saying he would send along some Kansas City barbecue and when he asked the Florida bishop if he liked ribs or brisket, Bishop Parkes said both.

At the start of the interview, New York Cardinal Timothy M. Dolan noted that sports can provide some uplift and light.

Bishop Parkes agreed, saying it can be “a great diversion from the things that are going on around us,” adding that “even in the midst of COVID, we’re going to have a Super Bowl this year.”

Bishop Johnston said he was grateful his city’s team, which won last year’s Super Bowl, had the chance to be in the game again this year.

He said sports have the ability to bring communities together, “especially when so much this year has been divisive,” and added that there has been a lot of rallying around the home team that really brings people together.

Prior to the game, both dioceses tweeted prayers for the Super Bowl. “We thank you for the gift of sport that brings us together. We pray that the ‘big game’ will be a sign of peace and unity,” was part of the St. Petersburg Diocese’s prayer.

The prayer from the Diocese of Kansas City-St. Joseph was a little more specific: praying that its coaches and players “will play with focus and to the top of their abilities.” It also prayed for “everyone’s safety, including the Tampa Bay Buccaneers.” 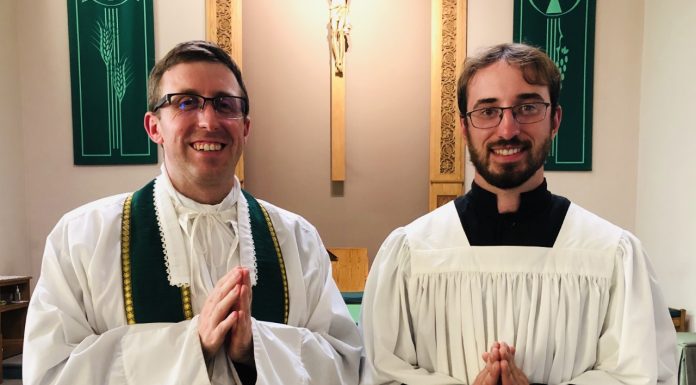