WASHINGTON (CNS) — Catholic college graduation ceremonies — like everything else this past year — look different. But they are primarily happening in-person unlike last year, when many ceremonies were canceled or took place virtually.

Some commencement ceremonies will be in bigger venues to give crowds more space to be socially distant, while others will be outside for the first time.

Many schools also are honoring last year’s graduates, who didn’t get the chance to publicly mark this milestone, during this year’s celebrations.

Across the board, college and universities seemed to be significantly limiting the number of guests each graduate can invite, encouraging others to view the ceremony on what is now a familiar venue: livestream.

Many Catholic colleges have listed a backup plan if there is inclement weather, tapping into that flexibility that have used during the past year to adapt to COVID-19 restrictions.

The Franciscan University of Steubenville in Ohio, for example, said in its graduation announcement: “Please note that all plans are subject to change as we respond to health and safety protocols in a rapidly changing environment.”

To accommodate students and their guests at this year’s graduation, the University of Dayton, a Marianist-run school in Ohio, held six smaller ceremonies in its arena for the May 7-9 graduations, where graduates were each allowed four guests.

Prior to the event, Gretchen Theil, the university’s registrar coordinator, said that ceremonies would look different from graduations in previous years.

For starters, students would not process into the arena; instead, the school planned an abbreviated procession of essential university support staff. She also said there would be limited interaction between students and staff members and no handshakes. Each ceremony was limited to 90 minutes to allow for required cleaning and setup for the next ceremony.

“While we would love to be together under one roof at the same time, hosting the smaller ceremonies allows us to offer a weatherproof facility with excellent accessibility, sound and video capabilities and an experienced team well-versed in working under public health guidelines,” said school officials in a message to students announcing graduation plans.

John Garvey, president of The Catholic University of America in Washington, similarly sent a message to the school community about this year’s different graduation ceremony May 15 at FedEx Field, the stadium that is home to the Washington Football Team, in Landover, Maryland.

In his April 9 message, he pointed out that since the 1960s, Catholic University has held its commencement on the campus mall adjacent to the Basilica of the National Shrine of the Immaculate Conception.

“It’s always beautiful,” he said, but noted the COVID-19 guidelines for the District of Columbia made a ceremony there impossible last year and would have significantly limited the number of guests this year. With the new venue, graduates could each have four guests and the event also will be livestreamed, he said.

“I want to acknowledge the persistence and creativity of our commencement team, who worked so hard over the past year to find alternatives to a virtual commencement. We have tried all year to be as open as is safely possible and these plans will carry that through to the end,” he added.

Garvey noted that last year’s graduates had a virtual ceremony and had been promised an in-person commencement.

“While the pandemic has lasted longer than any of us expected, ” he said the university intends to keep its commitment to the 2020 class and is working on having an in-person celebration on campus for our graduates “once it is safe to do so.”

Benedictine College in Atchison, Kansas, also changed its usual commencement venue by announcing that its May 15 ceremony would be outdoors, at the school’s football stadium, instead of indoors as it has been for decades.

Because last year’s commencement was canceled, graduates from the previous year will be honored at this year’s ceremony and the speaker will be last year’s scheduled speaker: Auxiliary Bishop Andrew H. Cozzens of St. Paul and Minneapolis, who is a 1991 alum of Benedictine College.

“For any uncomfortable with that setting, we will have multiple simulcast locations for viewing the ceremony,” it said.

Loyola University Maryland in Baltimore is combining its ceremony for last year’s graduates and this year’s. Notre Dame of Maryland, also in Baltimore, is having a virtual graduation ceremony May 23, but the week prior to the ceremony, 2020 and 2021 graduates will be invited to return to campus to take pictures and receive their diplomas.

No matter the venue or the crowd size at this year’s graduation ceremonies throughout the month of May, the topic of the coronavirus pandemic and its impact on students, faculty and staff and the world will likely loom large.

This was the case at Assumption University in Worcester, Massachusetts, where the university’s president, Francesco Cesareo, told graduates during the May 9 ceremony that they represent a milestone in the school’s history.

“This year, you have also shown yourself to be resilient as you adapted to the changes that were necessary as we addressed the impact of the pandemic,” he said. “The sacrifices you made have allowed you to grow as a person in ways that were unexpected. In this way, the pandemic shaped your education as it shaped you as well.” 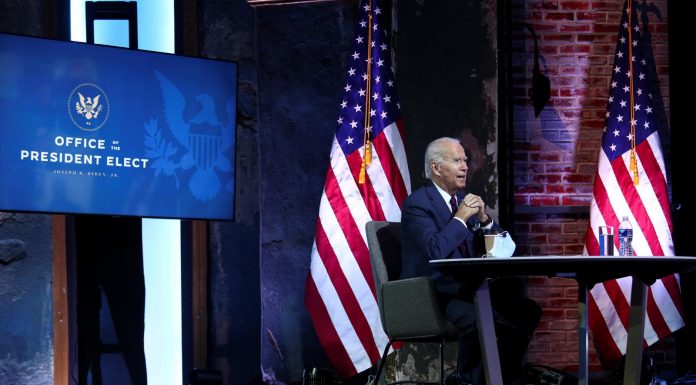