WASHINGTON (CNS) — For Giancarlo Bernini, a recent graduate of the University of Texas at Austin, things are not always as they appear and that’s a good thing because it is how he plans to make a living.
The magician, who has done shows for colleges, corporate events and Catholic parishes and church-sponsored gatherings, recently got some nationwide exposure for his trade when he was featured on the season premiere of “Penn & Teller: Fool Us” on the CW network.
In the show, aspiring magicians try to impress the renowned magician duo Penn and Teller (Penn Jillette and Raymond Joseph Teller) with a trick, and if the two are unable to duplicate it, the guest magician wins a trip to Las Vegas to perform as an opening act in their show.
Bernini, who performed a time-travel trick on the television show, didn’t completely hoodwink the pros, but the experience hardly made his imaginative spirit disappear. He said being on the show was a big moment in his life, along with watching the episode with family and friends. And a big highlight of the episode was that it also featured his longtime idol: David Copperfield.
In the show’s opening, taped months before graduation, Bernini said he was a college student studying religious studies and he didn’t see a conflict between his faith and magic “because illusions are all about discerning what’s true and what’s good.”
He said the trick he chose for the show focused on time travel “the way that faith and reason kind of go together.”
During college, he was doing a show or two a month and some magic on the street, and now he is devoting a lot of time to get more shows, which he admits might not seem the most stable career choice. But he said his parents have been supportive and are on board with him.
Bernini’s first public magic act — beyond performing for family members and friends — was at a cancer clinic for children when he was 11. Years later he performed at a juvenile detention center as part of a Catholic retreat. He has since done a number of fundraisers and shows for young kids and adults.
“Little kids already believe in magic and want to be entertained,” he said, “but adults are already skeptics, so it is fun to see the routines transforming them.”
The magic bug bit him when he was in fifth grade and he dad showed him a card trick in his grandparents’ backyard and more importantly, showed him how to do it.
“I showed it to everyone I know,” Bernini told Catholic News Service in late May.
From the start, his motivation was to share something with others. He also loved the element of surprise and catching people off guard when they don’t know what was going to happen. This effect doesn’t happen magically though; it takes a lot of practice.
“For me, the most thrilling thing is seeing people experience something they haven’t felt since they were kids,” he said, which he describes as joy and wonder and something he feels has a big faith connection.
“Magic, like all forms of entertainment, are adventures to share the Gospel,” he added.
Bernini also thinks that it doesn’t matter what he did as a career, even if he were a doctor or a lawyer, he would view it as a ministry. “My magic shows are a ministry and to be good, I have to be the best I can,” he said. 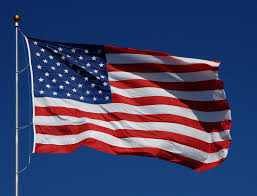 Man Faces Charges for Trying to Walk into NYC Cathedral with...