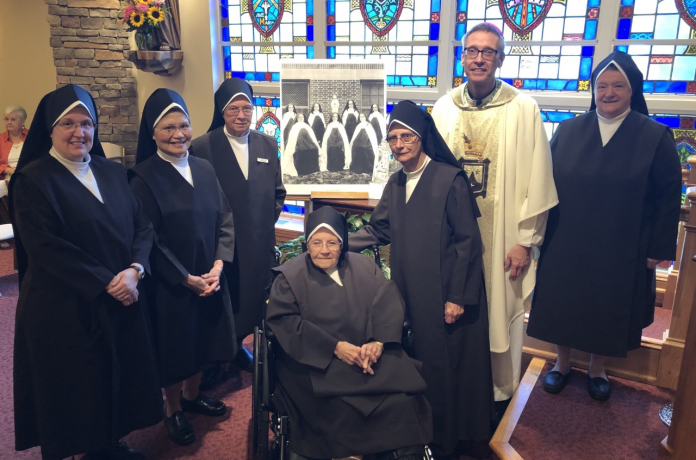 Garvey Manor Nursing Home in Hollidaysburg is renowned for its excellence in caring for the sick and elderly.

“The primary identity of Garvey Manor should be that we’re a Catholic facility because here in this house, in the presence of the Blessed Sacrament, we are bringing Christ,” explained Sister Joachim. “We’re bringing Christ to them morning, Noon, and night – not treating each person as a patient, but treating them as Christ – the Christ that we meet in our neighbors, the Christ that we meet in those that we associate with. If we don’t bring Christ to them and recognize Christ in them, then we fail in our Catholic identity.”

Sister Joachim, who serves as Administrator of Garvey, and her fellow Carmelite Sisters for the Aged and Infirm who minister there, celebrated the 90th anniversary of their community’s founding during a Mass at Saint Joseph Chapel at Garvey Manor on September 3.

The occasion was a stellar opportunity to recall the Carmelite sisters’ rich history of serving those who need healing and support.

“The tradition that was started back in 1929 when Mother Angeline and her six companions started our congregation was certainly forward-looking,” reminded Sister Joachim. “It was a visionary endeavor that they undertook – doing things in a different way that was more personalized, that really spoke to the individual residents that were being cared for.”

Over the years, Sister continued, the community has strived to keep up with the times and improve long-term care.

“We have been advocates on behalf of the elderly, we have worked with legislators to try to put into place things that would really support the marginalized, the poor, the aged, the infirm, and we continue to do that even now as we move beyond the 90 years,” she added.

Originally a member of the Little Sisters of the Poor, Mother Angeline Teresa met resistance from her congregation as she strived to better care for the elderly in America.

After advice from Cardinal Hayes of New York, she and her companions from the Little Sisters of the Poor officially founded the Carmelite Sisters for the Aged and Infirm on September 3, 1929. Their ministry began in a donated building, but has blossomed over the past nine decades.

Bishop Mark celebrated the Mass, and acknowledged in his homily what he called the sisters’ “Godly vision” – a vision that promotes love and honors the dignity of life from birth to natural death.

“You Carmelite Sisters for the Aged and Infirmed are constantly reminding all of us that in caring for the elderly there is a vision that comes to you from your foundress,” he said. “It is a vision in which love of God and love of others comes first. All of us here for this 90th anniversary celebration are so grateful that your Godly vision promotes faith rather than fear.”

The sisters’ vision glorifies God, not themselves, Bishop Mark noted.

“Spiritually, you are so deeply rooted in the best of the contemplative life that is part of the Carmelite tradition, he continued. “On this 90th anniversary, we recognize that you are risk takers – especially when it comes to the bottom line concerns about the care and quality of life of the residents you serve.” 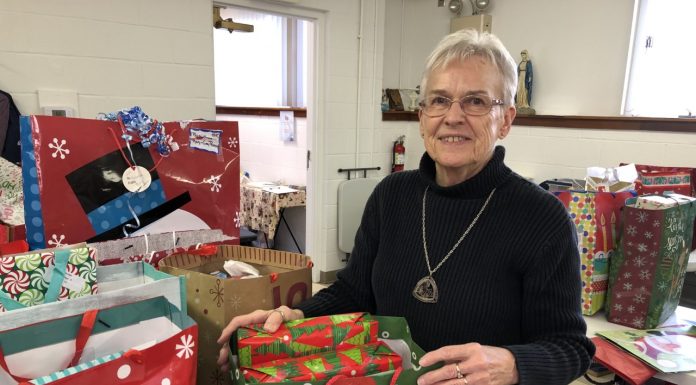 Faith is not a transactional relationship with God, pope says at Angelus

Bishop Says Task Force Looking at Next Steps for Diocese