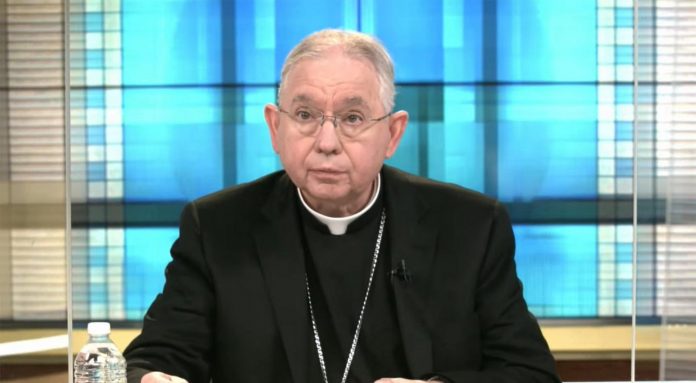 CLEVELAND (CNS) — Admitting that people’s faith in God “has been shaken” by the pandemic and related economic turmoil, Los Angeles Archbishop José H. Gomez called on his fellow bishops to take the news of the Resurrection and the triumph of life over death directly to people to help them navigate the crises.

“At the heart of their fears are fundamental questions about divine providence and the goodness of God,” said Archbishop Gomez, president of the U.S. Conference of Catholic Bishops, said Nov. 16 during an online address on the first day of bishops’ annual fall general assembly.

“This is far more than a public health emergency,” he said. “Everywhere we see spreading the fear of illness and death.”

The assembly was taking place entirely online for the first time because of the pandemic. Archbishop Gomez’s address was prerecorded.

The archbishop said the pandemic illustrates that the core message of the Gospel — Christ’s love for every person, the power of the cross and the promise of the resurrection — “is fading from our neighbors’ hearts.”

“Brothers, in this time of death, we hold the word of life. We come in the name of the God whose love is stronger than death,” he said.

The times, with their social unrest and uncertainty caused by the pandemic, “call for heroic Christianity,” he explained. “We need to continue to form and empower missionary disciples, as Pope Francis calls us to do.”

Citing the example of Father Michael McGivney, founder of the Knights of Columbus and who was beatified Oct. 31 at the Cathedral of St. Joseph in Hartford, Connecticut, Archbishop Gomez suggested the bishops confront modern-day injustices “by living the Gospel.”

He recalled how for the priest, “love was not an abstraction or cause” because he knew the faces of “the widow and the orphan, the father with no job, the prisoner on death row.”

“Following the courageous example of Blessed Michael McGivney, the church needs to weep now with those who are weeping,” he said. “We need to tell our neighbors the good news that we have a Redeemer. Who died, so that we might live. Who passed through the valley of the shadow of death so that we should fear no evil, not even death.”

He noted how Blessed McGivney died during the 1890 flu pandemic in which over 1 million people lost their lives worldwide. He said the likely future saint can be “a model and intercessor for our own ministries.”

Archbishop Gomez also pointed to the USCCB’s strategic plan the bishops were set to approve during the assembly as a path forward for ministry. Titled “Created Anew by the Body and Blood of Christ: Source of Our Healing and Hope,” it sets the mission for the bishops “to continue to bring healing and hope to the people of our time,” he said.

In opening his address, Archbishop Gomez paused a moment to remember the children and adults within the church who are victim-survivors of clergy sexual abuse.

He also expressed “deep sorrow” and offered prayers that the victim-survivors “might find healing and hope” while acknowledging the Vatican’s recently released report on Theodore McCarrick, a former cardinal who rose through the church’s hierarchical structure despite years of rumors of sexual impropriety.

“Let us renew our commitment today to protecting children and vulnerable adults and to eliminate this scourge of abuse from the church,” he said. 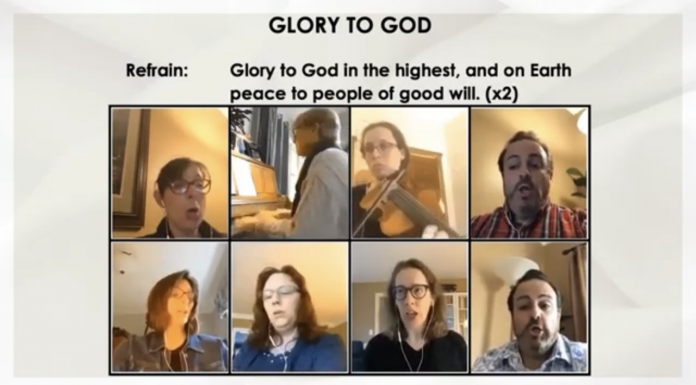