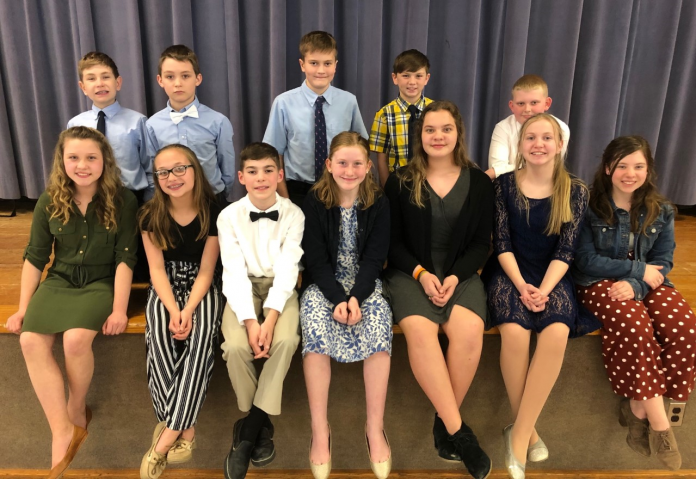 If you give people the option of root canal or public speaking, most would probably go with root canal.

Be honest – which would you choose?

For Aidan Gittings, speaking or performing in front of a crowd is no sweat.

When he was in sixth grade, his father encouraged him to engage in public speaking to sharpen his skills for the future. Now in eighth grade at Holy Name School in Ebensburg, he is glad he followed his dad’s advice.

Gittings was among dozens of students who competed in the recent diocesan Junior High Forensics Tournament on March 29 at Bishop Carroll Catholic High School in Ebensburg.

Gittings participated in the Persuasive category, presenting a speech against the death penalty.

“There’s too much wrongful prosecution,” he maintained. “It’s unlawful. It’s against the Constitution – no cruel and unusual punishment.”

Eighty-eight students from ten schools competed in the diocesan meet.

Eden Rapp, a seventh grade student at Divine Mercy Catholic Academy in Johnstown, presented a piece in the Drama category about a teacher who has a frustrating class.

The journey to the diocesan tournament began earlier in the academic year when students started choosing categories and preparing topics, according to Sue Nicoloff who steers the competition for the diocese. The youngsters competed in two regional meets and placed in the top four.

“They just benefit so much from this – being able to speak and present themselves,” stressed Nicoloff, a former forensics coach. “I can’t tell you how important I think it is.”

Josh Hershbine competed in forensics in the past. It is fun and strengthens one’s public speaking skills, he said, but there are other key advantages.

“Some of the things you learn from other kids can be applied to your school work,” he added. “I can’t describe the amount of impact it can have doing it for three years and being able to apply it outside in your life.”

Now a student at Saint Joseph’s Catholic Academy in Boalsburg, Hershbine served as a judge this year.

“I feel like I can indirectly coach them through my judging comments, and that’s a really good feeling to me,” he noted.

All students have to communicate in life, reminded Andrea Brandimarte, a teacher and forensics coach at Our Lady of Victory Catholic School in State College. She sees how forensics participants blossom.

“Whether they get a ribbon or not, they all just grow tremendously, and I do see it carry over to the classroom,” Brandimarte continued. “It really means a lot for me to do this because of the growth, the excitement, and really the confidence it builds.” 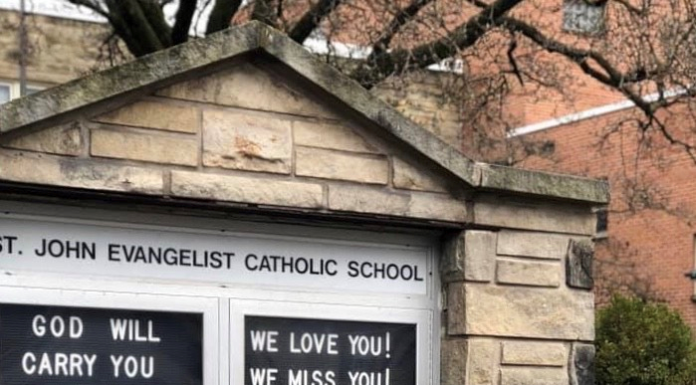 Faithful Being Patient, Prayerful, and Innovative Amid Coronvirus Pandemic

Pope Draws Lessons from Mother Teresa in City of Her Birth