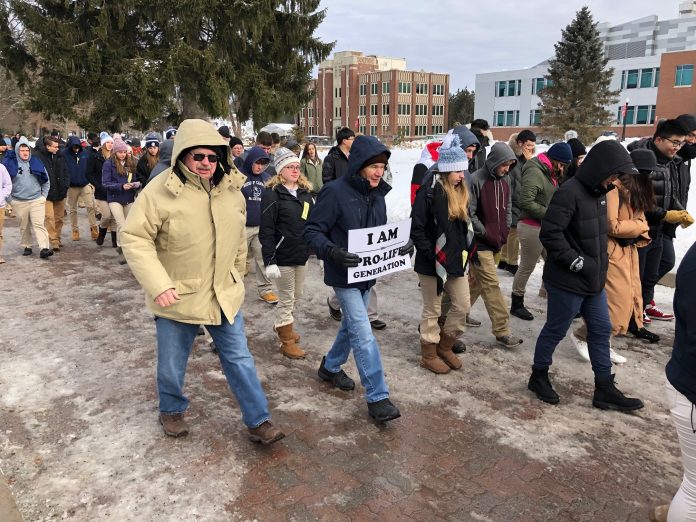 Even arctic weather cannot deter a mom from doing what is right.

“We have children of our own, and we think children are the most important thing in the world,” proclaimed Zimmerman. “They’re our life. Children are a gift from God who should be loved, and cherished, and spoiled, and not killed for any reason.”

It is a perfectly reasonable statement, but, tragically, not everyone supports that truth. For that reason, Zimmerman and Deangelo braved single-digit temperatures – and even harsher wind chills – for the sixth annual March on the Mountain on Tuesday, January 22 at Saint Francis University in Loretto.

The two ladies, both members of Saint Francis Xavier Parish in Cresson and members of the Catholic Daughters of the Americas, were among the dozens of people who turned out for the gathering, which is a mini-version of the March for Life in Washington, D.C., held this year on Friday, January 18.

“Saint Francis University espouses Church teaching, we support the Catholic Church’s position on pro-life issues 100 percent, and it’s important for us as a university community to give witness to that,” noted Third Order Regular Franciscan Father Malachi Van Tassell, president of Saint Francis University. “This is a great opportunity for those who cannot go to the March for Life or who want to march again to demonstrate that they are firmly pro-life and that we stand as one as we seek to end abortion and really bring an awareness to that issue in the public square.”

“We’re here today to pray for all human life from the very beginning at conception until natural death,” commented Father Brian Warchola, administrator of Saint Michael Parish in St. Michael, who also attended the march. “Anytime we can do that, and truly unite as one people, unite as Catholic Christians, it’s a time for us to celebrate human life and truly give thanks to God for the life He has given us.”

Prior to the march, many people gathered inside Immaculate Conception Chapel on campus to pray the Rosary.

Paul Girardi, a member of the SFU Campus Ministry team and organizer of the March on the Mountain, offered a sobering reminder of why the event is necessary.

“Although some progress has been made over the years, roughly four thousand abortions a day are still occurring and euthanasia is still a reality,” he said. “Perseverance and strength are still required of us. We must speak up for those who have no voice. We must defend our ideals even among our own family, friends, and colleagues.”

Girardi insisted that pro-life forces must resist the pressure to compromise their values or to conform to anti-life positions that may seem “popular” in some segments of society.

Those in attendance realized that their efforts to champion life must continue, not only at various marches in January, but all year long.

“There are opportunities in our community to support organizations that support mothers and families in decisions for life and to be open to those individuals in need,” offered Deangelo. “And also to let our voices be known with our legislative bodies to support life and to recognize the living person.”

One legislator committed to life is State Senator Judy Ward. She is a regular at the March on the Mountain, and this year was no exception.

“Pro-life to me is just something you feel inside of you, and I’m a big believer in our God-given rights, and they align with our constitutional rights,” she stressed. “The right to life is the most basic of our rights.”

Following the march, Mass was celebrated inside the chapel followed by a period of Adoration of the Blessed Sacrament. 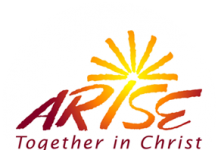 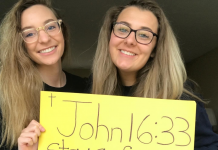 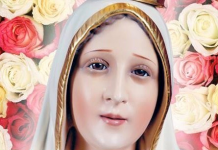 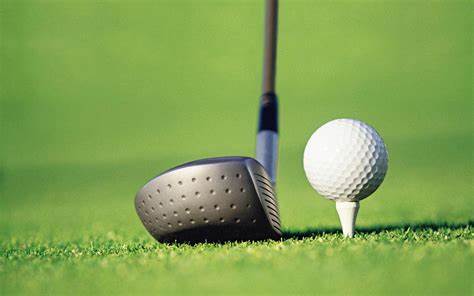